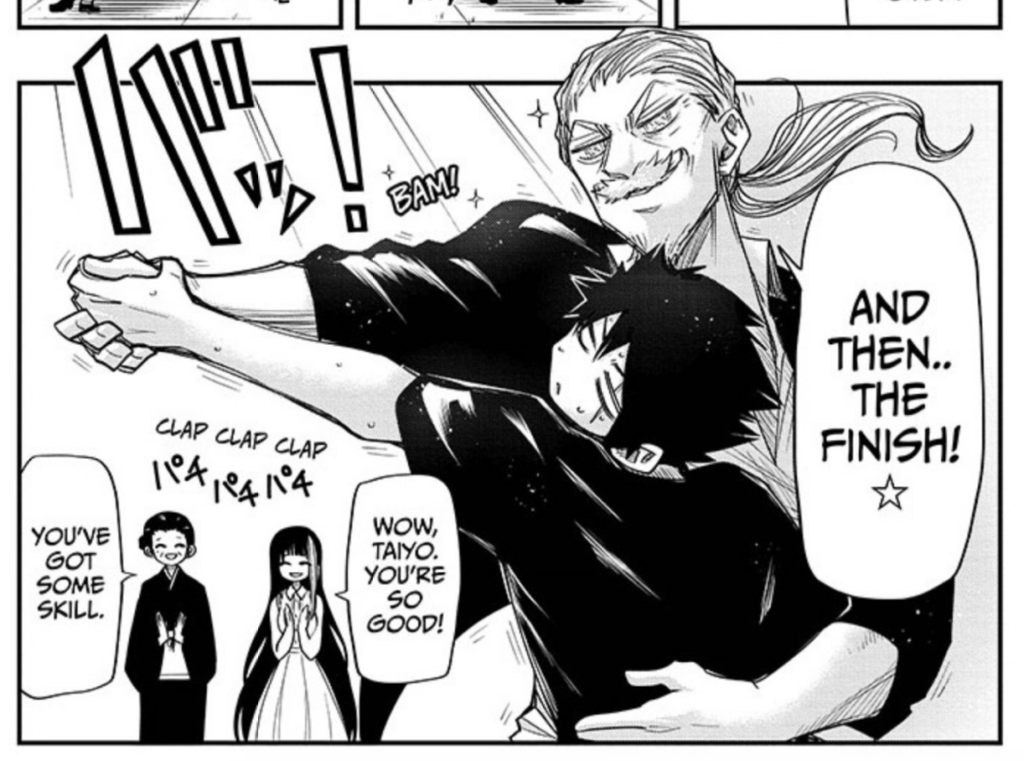 The beginning of a new week can only mean one thing: time for new Weekly Shonen Jump! This is where Jacob investigates the latest and greatest in the magazine, telling you what’s worth your time and what’s not. You can find coverage of other series under the tag Jump Time. Here’s Mission: Yozakura Family chapter 63.

A training arc can make or break a series: if it doesn’t pan out and lead to something good, then it can feel like a waste of time. What’s more, if it isn’t entertaining in the moment, then it can just feel like a barrage of exposition: take a good hard look at Guardian of the Witch to see how it’s not done. Luckily, Mission: Yozakura Family chapter 63 is anything but this.

When Hitsuji Gondaira’s spy series brought back nearly every significant side character and organization last week and reimplemented them into the narrative, I know that we were in for a treat. The ‘Yozakura Front Lines’ arc is shaping up to be a massive blowout that should, hopefully, be a testament to how much the series has improved since its debut.

That’s where Mission: Yozakura Family chapter 63 comes in. Taiyo’s been training for a while now to be powerful enough to take part in this operation, but it’s not going fast enough. His grandfather-in-law Ban then takes the momentous decision: introduce Taiyo to the ultimate Yozakura power, and use Mutsumi to awaken it.

There’s quite a lot to unpack here, but we have to give this chapter credit for putting together an incredibly entertaining and inventive training segment. In this sense, it’s cleared one of two hurdles. The part where Ban demonstrated how the Yozakura ‘Blooming’ affects him is also pretty important: this shows that we can expect something a little more entertaining than the big muscle men that dragged down the climax of the last arc.

Furthermore, it’s clear that Mission: Yozakura Family chapter 63 is building towards something. As mentioned, this is part of the preparations for the ‘Yozakura Front Lines’ operation against Tanpopo, but what I’m more interested in is how ‘The Blooming’ will manifest itself in Taiyo: can we really expect him to be the same person after this?

That being said, ‘The Blooming’ isn’t exactly a revelatory power system: it’s the same as many of the other instinct-based ones we’ve seen in the past, such as Ultra Instinct in Dragon Ball Super. Nevertheless, I’m willing to give Mission: Yozakura Family the benefit of the doubt and believe that it can continue to deliver unique stories in the future, such as chapter 63.

You can read Mission: Yozakura Family chapter 63 for free via VIZ Media.