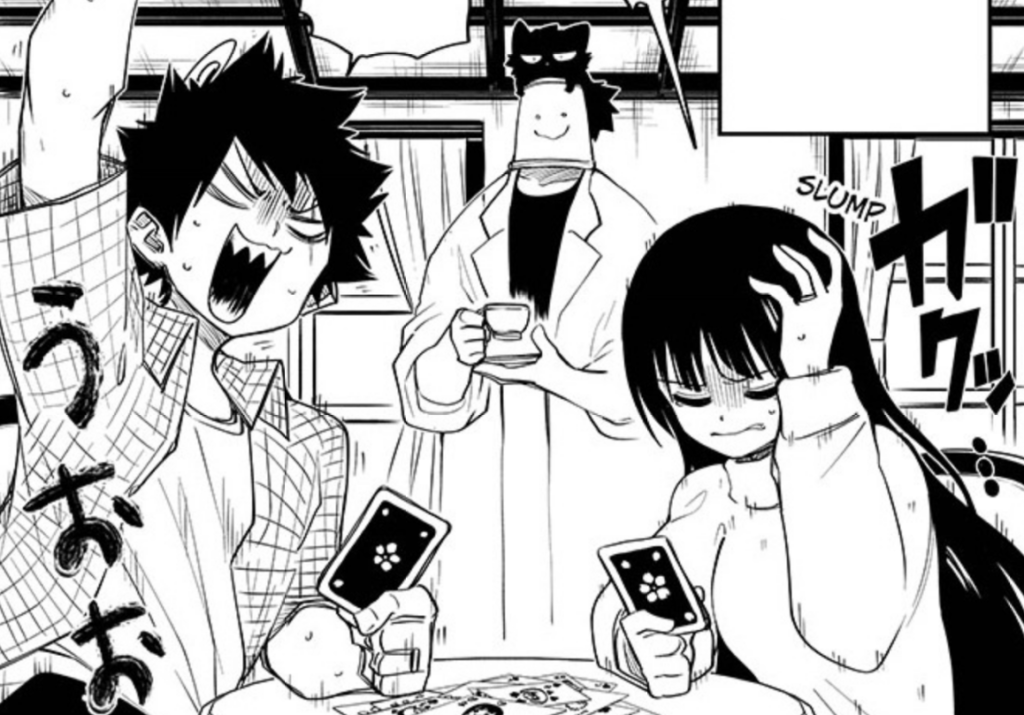 The beginning of a new week can only mean one thing: time for new Weekly Shonen Jump! This is where Jacob investigates the latest and greatest in the magazine, telling you what’s worth your time and what’s not. You can find coverage of other series under the tag Jump Time. Here’s Mission: Yozakura Family chapter 65.

At first glance, you may think that Mission: Yozakura Family chapter 65 is just another load of harmless, inconsequential comedy before the upcoming ‘Yozakura Front Lines’ operation; you know, the kind of episodic nonsense that I might have bashed the series for in the past. Yet, that quickly turns out not to be the case: not only is the fanservice quite clever, it also transitions brilliantly into introducing some new characters for that upcoming arc. Hitsuji Gondaira has truly turned over a new leaf.

The basic premise of Mission: Yozakura Family chapter 65 is as follows: Nanao buys some sweet treats for his family from a local spy-run cake shop, but the baker forgot to put in an extra one for Taiyo. That means that there’s only eight, so someone will have to go without. 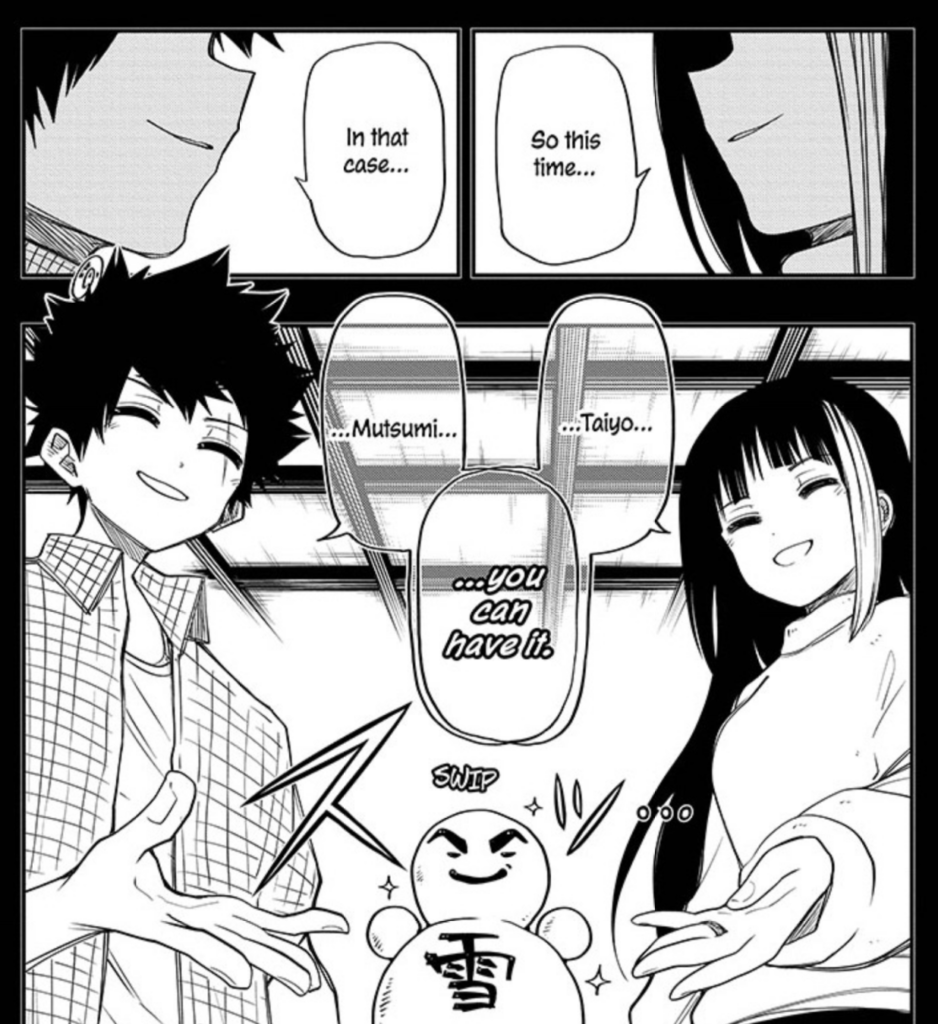 Immediately, both Mutsumi and Taiyo offer the remaining soufflé to each other, but they’re far too kind to accept each other’s kindness. Nanao then offers the idea of settling the score through a card game, which is apparently a Yozakura family tradition. Even then, the couple are too preoccupied with trying to make the other one happy, trying to lose on purpose. That tactic doesn’t work too well, however, when both of them are trying to do it.

These antics are like the mind games that feature prominently in Kaguya-sama: Love is War, except only not hidden behind a facade of false bravado and self-denial. Mutsumi and Taiyo love each other quite openly, thank you very much.

Still, it’s more than you would expect from a simple comedic chapter, and the rug is pulled out from us entirely when Mission: Yozakura Family chapter 65 then uses this card game to make a thematic transition to check in with the heads of Tanpopo. As it turns out, both the mysterious Kawashita and the Mutsumi’s father Momo are playing cards on ‘Skeleton Island’ at exactly the same time while they wait for the start of the ominous-sounding ‘seed-sowing project.’ This clearly has something to do with the upcoming Front Lines operation, which has been building for several chapters at this point. 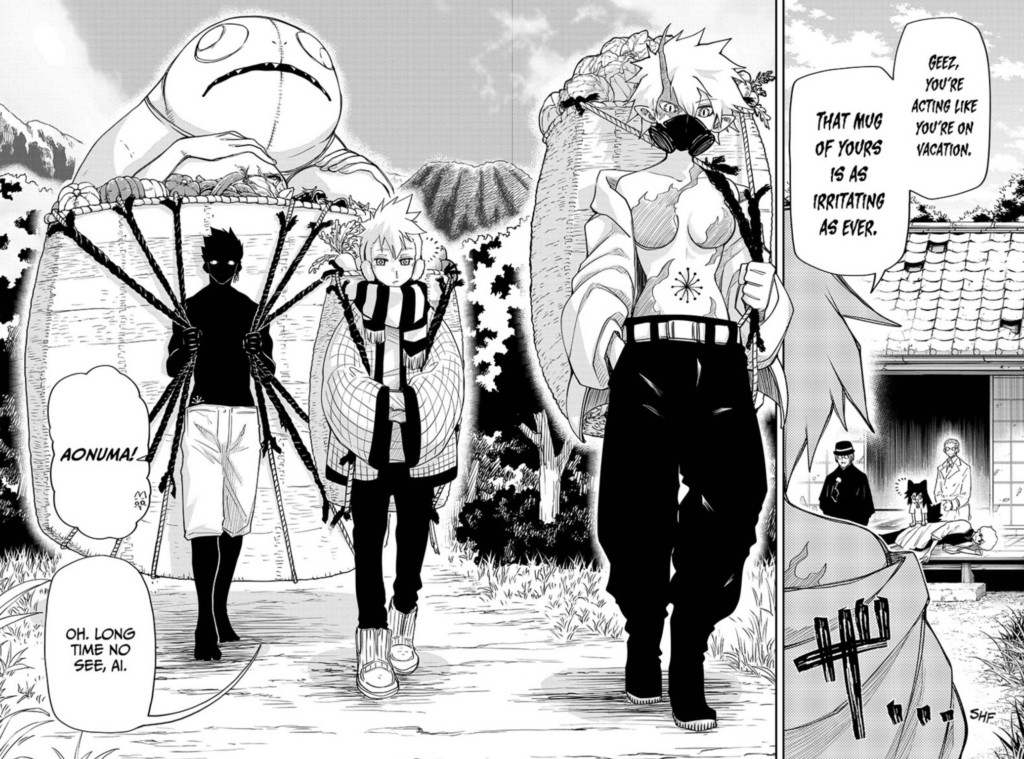 Mission: Yozakura Family chapter 65 then also uses this opportunity to introduce three new members of Tanpopo, or at least associates of Kawashita and Momo: Aonuma, Akai, and Kurosawa. Judging from the double-page spread in which they are introduced, they will be quite important for this upcoming arc, meaning that chapter 65 also had the dual purpose of introducing us to some new antagonists.

Combining episodic storytelling and plot progression? It’s almost as if Hitsuji Gondaira has been reborn. Mission: Yozakura Family chapter 65 just makes me that much more excited for the Front Lines arc, which will presumably kick off next week.