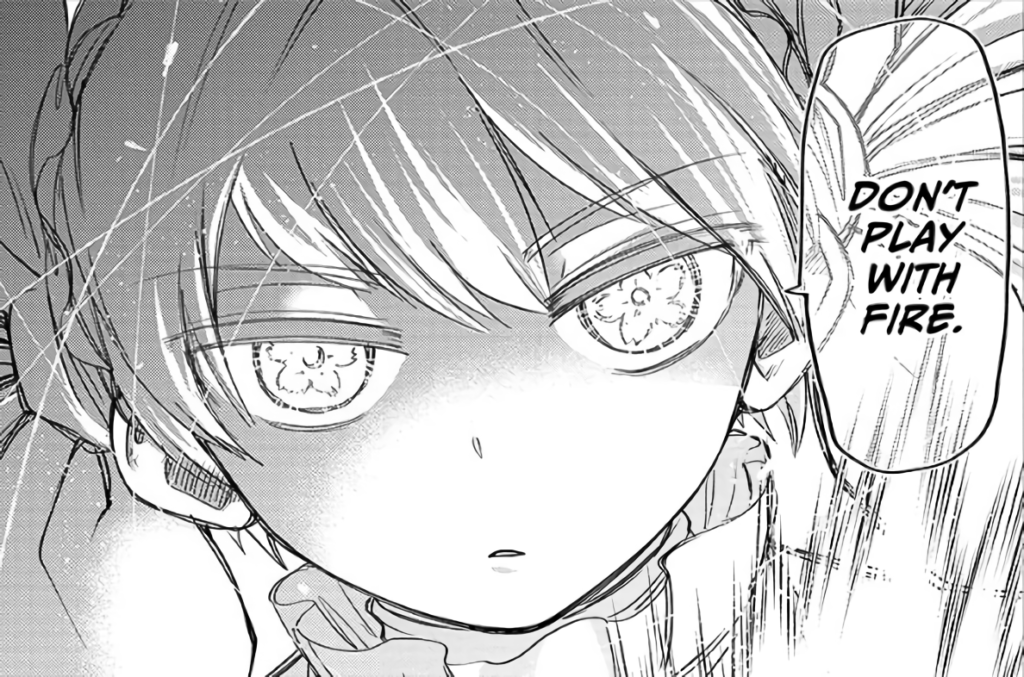 The beginning of a new week can only mean one thing: time for new Weekly Shonen Jump! This is where Jacob investigates the latest and greatest in the magazine, telling you what’s worth your time and what’s not. You can find coverage of other series under the tag Jump Time. Here’s Mission: Yozakura Family chapter 70.

So, uh, Mission: Yozakura Family is good now. That’s something I’ve been wanting to say for a while now, but the series’ latest ‘Front Lines’ arc hasn’t really given me a chance to do so: things have been proceeding so fast and with such fervor that there’s scarcely been a moment to catch a breath. Even so, it’s proving to be everything I hoped it would be, and chapter 70 is a brilliant example of why.

Futaba has long since been my favorite Yozakura family member, and that’s entirely due to my own personal character preferences. I like girls in frilly dresses and tsunderes, what can I say, but if you put those two things together? Godlike. Nevertheless, Futaba’s prominent role in Mission: Yozakura Family chapter 70 isn’t the only reason why it’s so good: that’d be because of her special ‘Blooming’ ability.

This is part of the series’ newly developed power system, detailed in chapter 63, which sees each Yozakura family member able to awaken their own personal set of powers by using the fictional substance of somemine. Basically, this a way for Hitsuji Gondaira to show off a bunch of cool abilities without adhering to a particular set theme: that sounds unfocused at first, but if they’re all going to be as cool as Futaba’s is in Mission: Yozakura Family chapter 70, then so be it.

Just look at that panel above. Just look at it. That’s honestly one of the coolest pieces of artwork I’ve seen in Jump for a long time, perhaps even since Shigaraki’s dream sequence in My Hero Academia. It’s that good.

To explain a bit of the context behind Futaba’s powers, she’s always been able to use martial arts such as aikido and jujitsu remarkably well, and her monstrous strength stands in stark contrast to her small stature. There’s no real link between that and ‘Magnanimity,’ by the way, except perhaps for the fact that she uses her ‘nimble fingers’ to neutralize Akai’s powers. I suppose you develop those sorts of digits while training in martial arts.

Nevertheless, Gondaira sticks with the theme of ‘neutralization’ as represented through a spiral in this chapter rather well, as Futaba also uses this concept to ‘divert’ all of Akai’s spite. This is also tied neatly into Akai’s back story and, rather effectively, Taiyo’s character development, as he has also managed to overcome personal tragedy to become a stronger person. In isolation, then, Mission: Yozakura Family chapter 70 is consistent.

Does stuff like thematic consistency and power profiles really matter that much, though, when what is presented is so damn cool? Not really. I suppose that’ll depend on what kind of reader you are, but I’m always down to abide by the rule of cool. This might also be a consequence of the series’ shift away from more episodic narratives and towards more long-form battles… a necessary evil, in my opinion.

You can read Mission: Yozakura Family chapter 70 for free via VIZ Media.