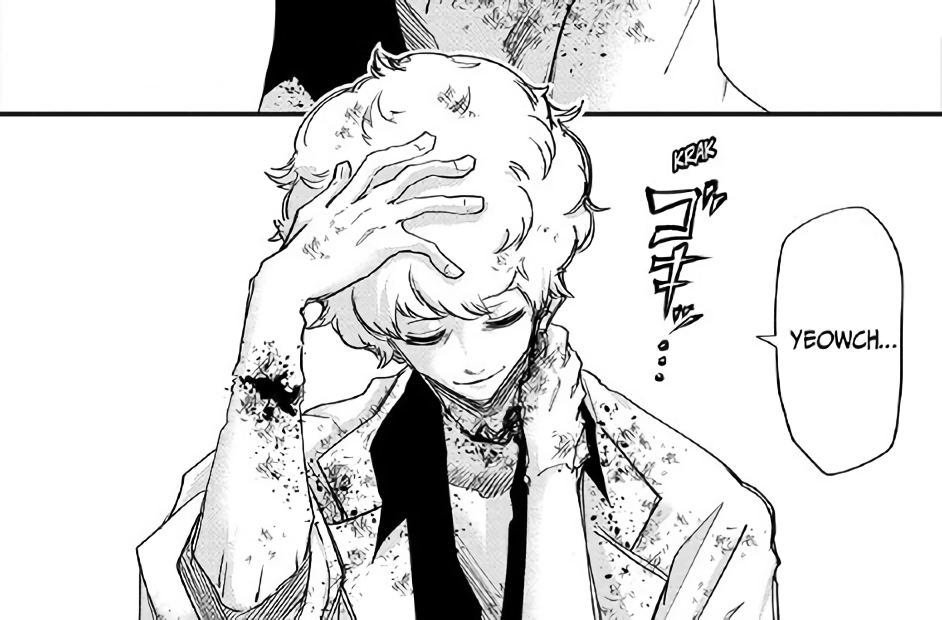 The beginning of a new week can only mean one thing: time for new Weekly Shonen Jump! This is where Jacob investigates the latest and greatest in the magazine, telling you what’s worth your time and what’s not. You can find coverage of other series under the tag Jump Time. Here’s Mission: Yozakura Family chapter 79.

The sinister doctor behind the mysterious Tanpopo organization Makoto Kawashita may have stronger links with the Yozakuras than meets the eye, chapter 79 of Mission: Yozakura Family reveals. Plus, his clash with Taiyo and Kyoichiro signals the beginning of the end of this latest arc, providing us with plenty to chew on.

Has it really been three months since the ‘Yozakura Front Lines’ operation started proper back in chapter 67? Sorry for, uh, only covering the part with Futaba, but stuff came up. That isn’t an indication of the arc’s quality, by the way, because most of the battles have been very good: one of them even provided Kengo with a bit of character development!

In any case, Mission: Yozakura Family chapter 79 is all about Kawashita and his links with the legendary spy family, stretching all the way back to the Second World War. As it turns out, Kawashita was originally an army doctor tasked with researching the family’s superhuman abilities, somehow managing to get a Blooming of his own along the way: Regeneration, which allows him to generate backups of his test subjects stored inside himself. 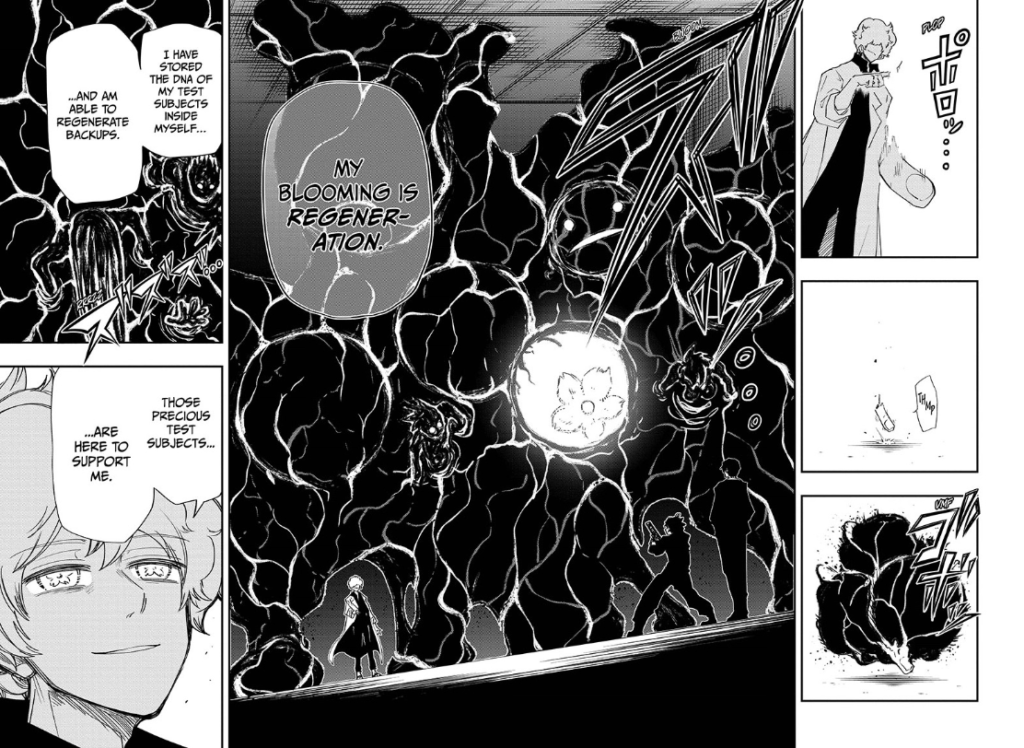 That being said, many questions are still left unanswered by Mission: Yozakura Family chapter 79: namely, whether Kawashita’s Blooming is the real deal and how he managed to carry out his research despite the lack of cooperation from the Yozakuras, but that is for future chapters to uncover. For now, it’s refreshing to see this most key of villains given some character development, especially when his motivations are tied into a twisted desire to create ‘equality’ and ‘peace.’

Kawashita’s Blooming also forces Taiyo and Kyoichiro to work together to take down the multitude of opponents in a rather unique way: Taiyo uses his hardening abilities to transform himself into a human bullet, which Kyoichiro launches with his wires. Seeing the reluctant siblings who have not got along very well in the past work together is great to see, and it also places the onus on the protagonist to resolve this arc once and for all. It’ll certainly be interesting to see how it all pans out.

You can read Mission: Yozakura Family chapter 79 for free via VIZ Media.