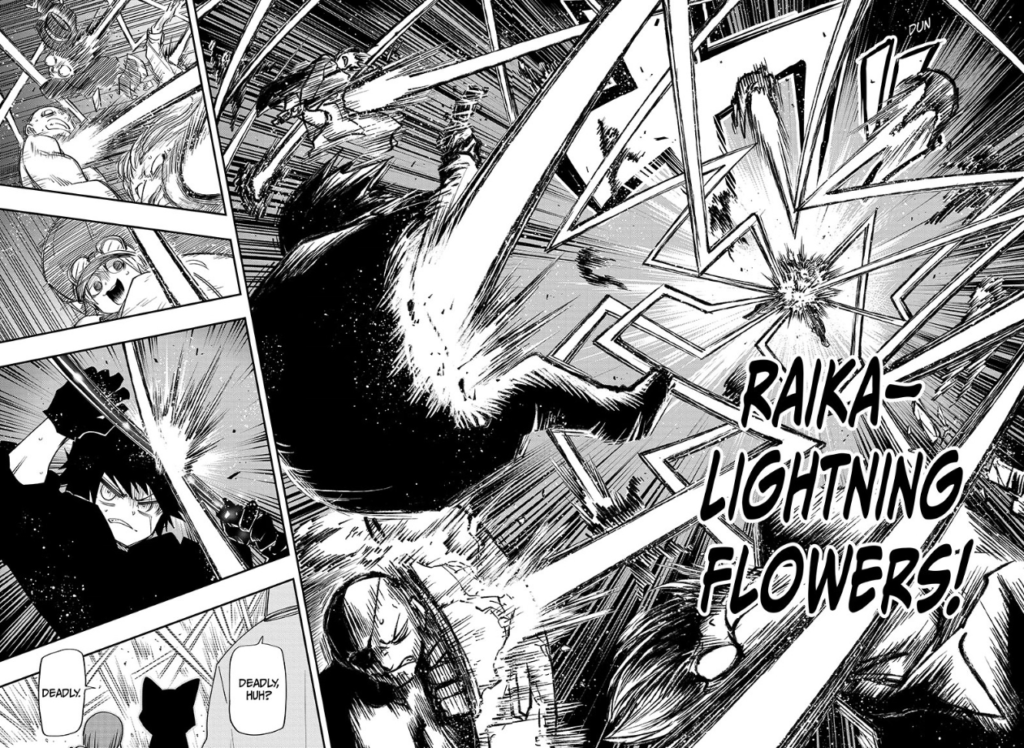 The beginning of a new week can only mean one thing: time for new Weekly Shonen Jump! This is where Jacob investigates the latest and greatest in the magazine, telling you what’s worth your time and what’s not. You can find coverage of other series under the tag Jump Time. Here’s Mission: Yozakura Family chapter 90.

Our protagonist Taiyo Asano has a new goal in Mission: Yozakura Family chapter 90: earn a silver rank spy license. He doesn’t especially need one as a member of the prestigious Yozakura spy family, but the first head has given him a request that is impossible to refuse. The examination, however, may prove more difficult than first thought.

Admittedly, the exam arc is a tried and tested formula in shonen manga, but that doesn’t mean that it is any less entertaining. What’s more, the shift in narrative has been well justified: last week, Taiyo met with the conscience of the first Yozakura family head Tsubomi in a dream. While this came about because Kawashita injected some of her blood into Taiyo’s body during the climax of the last arc, the most important thing is what she asks Taiyo to do: kill her by understanding both the ‘old’ and ‘current’ versions of her.

To be honest, it’s all a little bit abstract, but one of the more concrete objectives is to talk to Kawashita. The only problem is that he’s currently being held under lock and key by the Spy Association, so Taiyo will have to upgrade his license to get clearance. Hence why he’s undertaking the silver rank exam in Mission: Yozakura Family chapter 90, but Shinzo, Kyouichiro AND Futaba will be acting as conveners this year. As a result, it’s not going to be easy.

Once Taiyo manages to make his way to the exam venue proper, we are introduced to quite an important character: Usa. He’s a reporter for the gossip magazine ‘Spy Day’ that has been mentioned multiple times before, so this finally puts a face to a name. Usa also immediately gets in the way of Taiyo trying to keep a low profile, which is quite hilarious.

Shinzo gets the silver rank exam started in a characteristically over the top fashion, using his aptitude with weaponry to set up for a truly deadly game of tag. Mission: Yozakura Family chapter 90 therefore leaves off in a good place, dissuading any anxieties that might have come about now that the big bad has been defeated.

You can read Mission: Yozakura Family chapter 90 for free via VIZ Media.