Review: How ‘Mission: Yozakura Family’ Forges Its Own Path 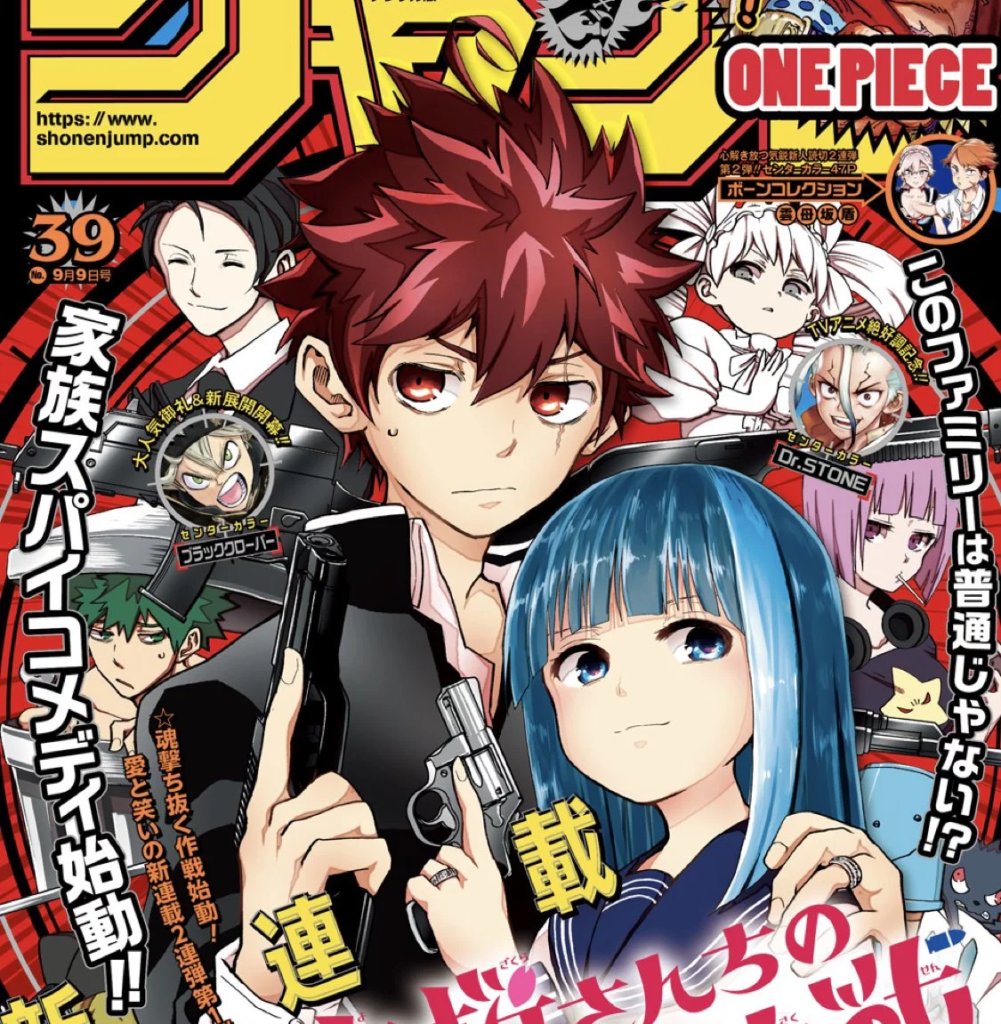 Hitsuji Gondaira’s Mission: Yozakura Family is a series marred by circumstance. It debuted in Weekly Shonen Jump at the tail-end of August 2019, mere months after the explosive success of Tatsuya Endo’s SPY x FAMILY, and – by virtue of their similar subject matter – many were quick to dismiss the series a cheap cash-in by Jump on the newfound success of their sister site, Jump Plus. But is this entirely fair? Does Yozakura Family not at least attempt to forge its own path?

Certainly, when you look at each series on a base level, they seem very similar. Mission: Yozakura Family follows the spy adventures of one Taiyo Asano, inducted in a family of spies when he marries his childhood friend, Mitsumi Yozakura. SPY x FAMILY, on the other hand, follows the spy adventures of Loid Forger AKA ‘Twilight’ as he attempts to fulfill his mission by creating a fake family with Anna, his daughter, and his wife, Yor.

However, once you start to take a look at the nuts and bolts of each series, the differences between them start to become clear. One of the first differences comes in their approach to characters, particularly in their differing uses of a spy-laden family unit.

Make no mistake, it was by no accident that Tatsuya Endo chose Loid, Yor, and Anna specifically to make up the ‘fake’ family for his series. Their differing ages, gender, and background were all carefully engineered in service of the heartwarming moments that make up so much of the series’ appeal. Loid and Yor engage in an awkward romance; Yor and Anna in a heartening mother-daughter relationship; and Anna attempts to help her parents, particularly her father, in any way that she can, given that she can read both of their hidden thoughts. The list goes on, but what’s important is that Gondaira’s characters have a very clear purpose: make the reader smile and, to put it simply, feel all warm and gooey inside. 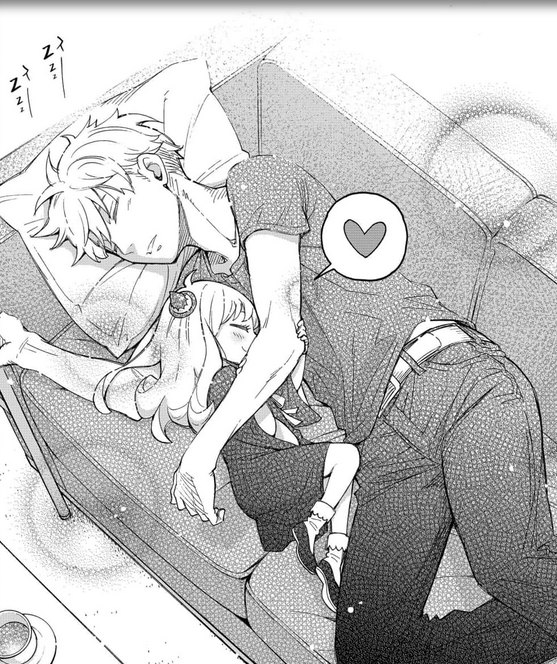 Put alongside SPY x FAMILY’s heartwarming focus, it becomes very clear that Mission: Yozakura Family has a very different aim with its cast of characters and their interpersonal dynamics. From the very beginning, Taiyo’s ‘induction’ into the spy family is predicated on romance: he marries his childhood friend Mitsumi in order to protect her, beginning a narrative thread that has run throughout the entire series thus far. Not only has the romance between our two main characters seen continued development throughout the series thus far, but so many of the antagonists of the series are also motivated by a sort of love for Mitsumi – from the sister-loving older brother Kyoichiro to the not-so-secret admirer Hatoda. This is distinct from SPY x FAMILY, which often plays romance between its main couple of Loid and Yor for laughs. 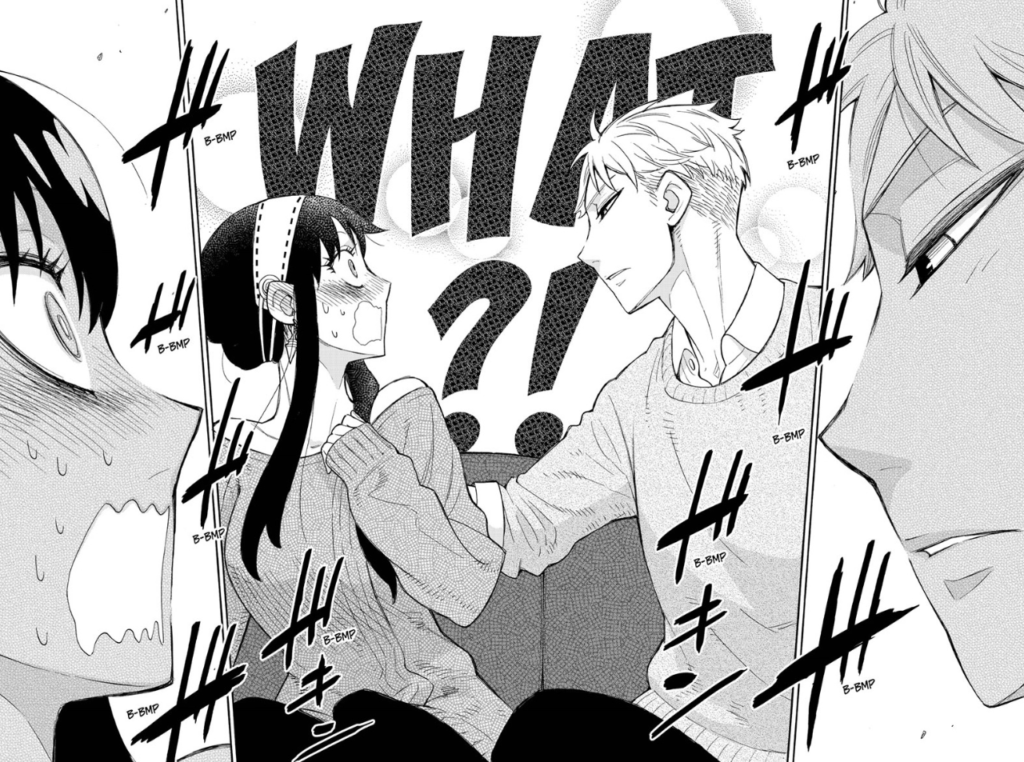 Of course, focusing on this aspect alone would be to ignore the larger family unit that surrounds Taiyo and Mitsumi – the titular Yozakura family. And here, once again, we find a distinct difference between Endo and Gondaira’s approach to characters. Not only has Gondaira created a larger family than Endo, but he also does this in order to explore and bring into the narrative a larger quantity of relationships, each member of the Yozakura family possessing different abilities and taking on different types of missions. This is distinct from the much smaller focus of Endo’s family unit, a focus which was almost certainly decided upon in order to keep the focus of the reader on the main trio of Loid, Yor, and Anna, thus strengthening the bond between them and the reader, which allows SPY x FAMILY’s heartwarming focus to fulfill its true potential.

What’s arguably more interesting about the two series’ differing approaches to characters and what they aim to achieve with them is, however, how this informs drastic differences in the overall narrative structure of each series. This is because, although both series may ostensibly be about ‘spies,’ the type of spy stories that they tell are very, very different.

To start off with, despite having the word ‘spy’ in its title, SPY x FAMILY isn’t really a spy story in the traditional sense. As mentioned, it has a strong focus on family drama and interpersonal relationships that is distinct from traditional stories in the genre, which often feature a protagonist or set of protagonists that shirk any and all relationships with others both out of necessity and personal sensibilities. I’m thinking here, of course, of Ian Fleming’s James Bond series, but also other spy media that I have consumed over the years, such as Richard Stark’s Parker. (No prizes for guessing why I chose that one!) 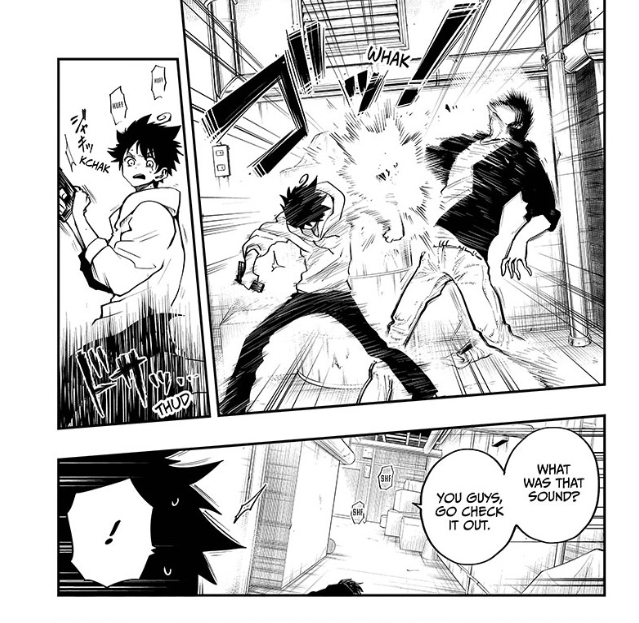 But it is true that Tatsuya Endo’s series does feature espionage activities such as infiltration, sabotage, and assassination. The thing is, however, that so many of these activities are not accomplished by the actual ‘spy’ of the series, Loid. In many cases, it is Anna that must carry out these spy missions, which often leads to a lot of comedic missteps and failures along the way. This approach is, in fact, becoming more and more apparent as the story progresses, as the series’ current arc sees Loid is more or less isolated from the goings-on of the elite Eden Academy and forced into a support role in Anna’s efforts to fulfill his mission, only able to help her attain Stellar Stars from the sidelines.

This couldn’t be more different from the kind of narratives that Mission: Yozakura Family employs on a chapter-by-chapter basis. By virtue of being (mostly) episodic, it often takes a traditional spy mission as its basis, exploring the tension therein and Taiyo’s relationship with his partner along the way. And even when the stories become more arc-based and more character-based, such as when Mitsumi was kidnapped by ‘The Courier,’ the nuts-and-bolts of these stories are the same, typical spy fair: infiltration, sabotage, assassination.

Indeed, I was drawn to Mission: Yozakura Family in the first place precisely because it takes a more traditional approach within the genre of spy stories. I must admit that I spent the majority of my childhood and teenage years in a household where the James Bond series of films is a firm Saturday-morning favorite, as well as consuming a lot of spy-related young adult fiction such as Young James Bond and Alex Rider. This has, as a result, cultivated within me a love for anything and everything spy-related – I’d imagine, in turn, that was why I got so obsessed with Metal Gear Solid a couple of years ago.

Hence why you could say that I might be looking at Hitsuji Gondaira’s series in comparison with Tatsuya Endo’s series through slightly rose-tinted glasses. But appealing to a reader’s tastes and desires is the object of any author, especially an author in a magazine as competitive as Weekly Shonen Jump, plus the fact that I enjoy SPY x FAMILY immensely is reason enough to believe me when I say that I have attempted here at least a somewhat objective analysis of the two series side-by-side.

In this sense, I’m sure that if Mission: Yozakura Family had debuted at any time other than the present, then it would have been a great success. It is starkly different from SPY x FAMILY in its approach to characters and narrative, focusing more on romance and espionage than anything else, and yet so many are quick to dismiss it on the basis of similarity. But, as I hope I have detailed here, those similarities are surface-level at best and only serve to distract from the series’ good qualities. 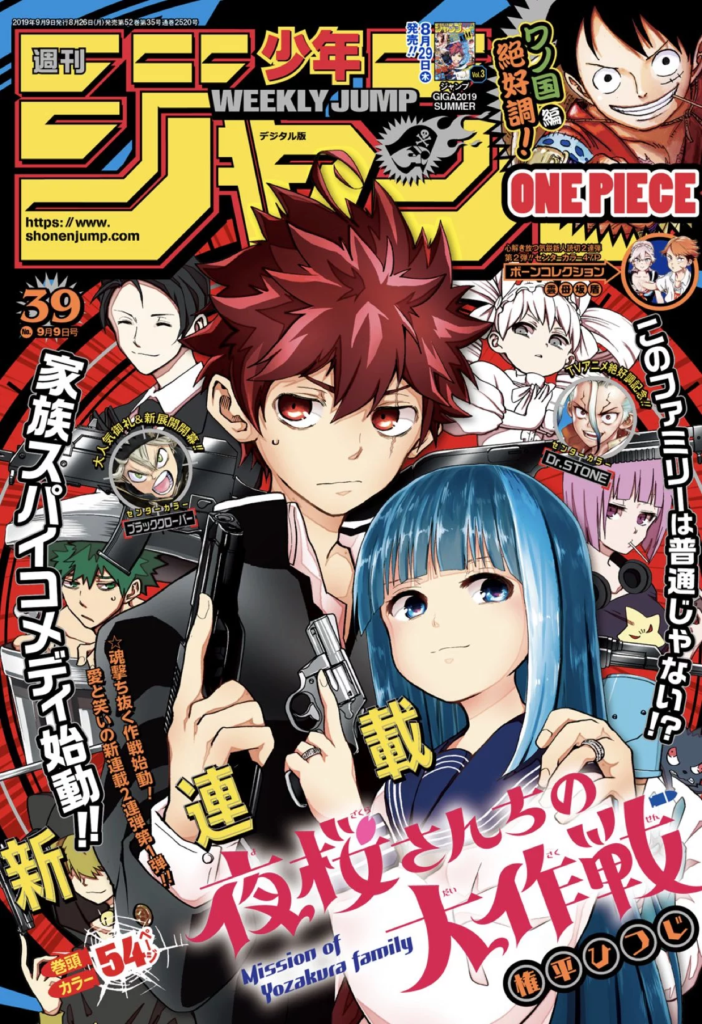 Nevertheless, circumstances are circumstances and cannot be so easily avoided. While I don’t believe that Shueisha started the series for a shameless cash-in, it wouldn’t be so hard to believe that Gondaira’s manuscripts were pushed to the top of the serialization queue once the Jump editors saw how well Jump Plus was doing with its own spy series. In this sense, the team was stuck between a rock and a hard place – either miss out on a golden opportunity where audiences are clearly hungry for spy-related media, or risk being accused of perpetrating a heartless cash grab.

Either way, Shueisha loses out. And, in this respect, Gondaira’s writing isn’t helping them a whole bunch. Despite the numerous avenues that are available to him to explore, the author has been caught in a self-deprecating loop as of late where the antagonists are constantly motivated by an obsession with Mutsumi, which devalues the spy thrills of the series in favor of cheap comedy and makes for an increasingly repetitive narrative. 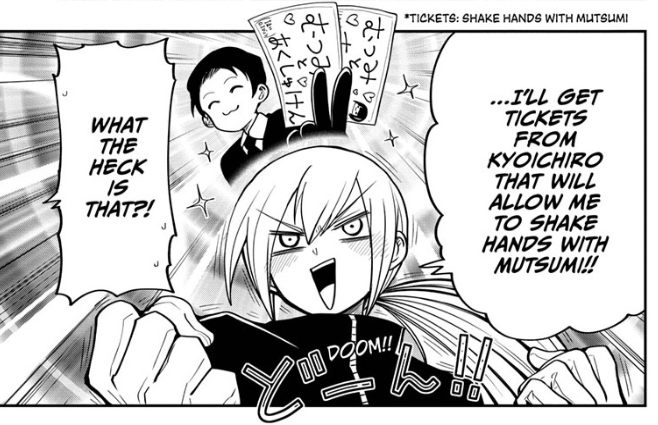 Making matters worse is the fact that overall narrative structure of the series has been swerving all over the place since its debut, starting out with several episodic adventures before plunging into a big narrative arc in its early chapters, only to pull back once more and focus on more character-based isolated vignettes. It’s clear from this that Gondaira is either suffering from a lack of direction or a lack of consistent advice from his editors – both of which are not conducive to any sort of overall quality.

As a result, Mission: Yozakura Family is in a strange place right now. If not for the color page that the series received a couple of weeks back (ostensibly to celebrate the series’ ‘success’), I’d be saying that series was in danger of being canceled. But I suppose that we’ll only know for sure whether or not the series will be sticking around for the foreseeable future when the sales data for its first collected volume, probably releasing at some point within the next month, become available. Mission: Yozakura Family may tread its own path, but whether or not this path will lead to brighter pastures is another question entirely.

You can read Mission: Yozakura Family for free via VIZ Media’s Shonen Jump. SPY x FAMILY is also available through the service, as well as on Manga Plus.