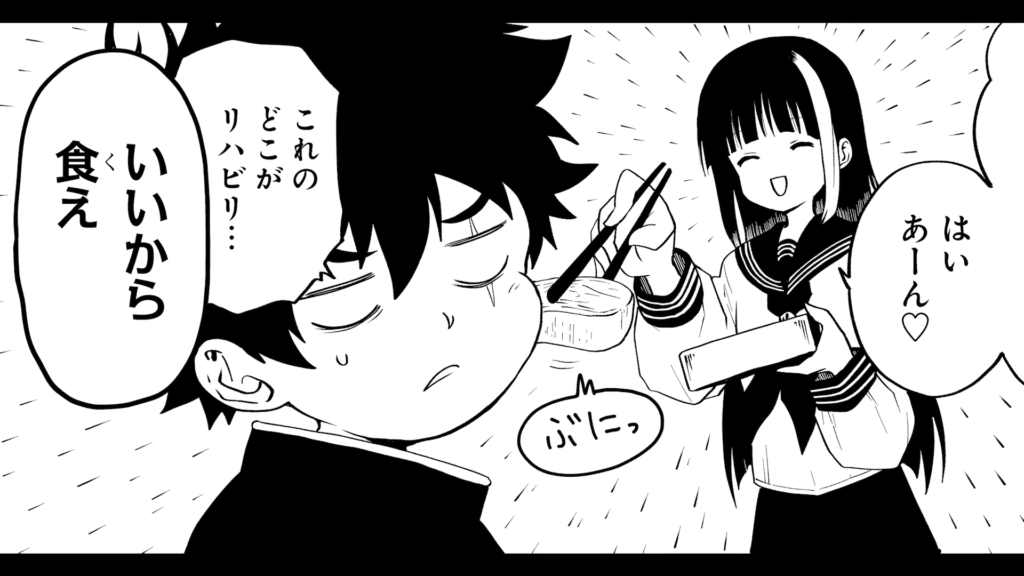 For the past couple of months, Hitsuji Gondaira’s Mission: Yozakura Family has been unfortunately snubbed by Weekly Shonen Jump. Although it is selling reasonably well, it was not included in the BOOST campaign and only just got its own Twitter account, under the handle @OfficialHitsuji. What Gondaira’s series needs desperately right now is exposure, which is where the newly-launched voice comics initiative comes in: by making use of the YouTube algorithm and adding animation, Mission: Yozakura Family might draw in a larger audience yet.

Hot on the heels of Me & Roboco and – strangely – Haruichi Furudate’s 2008 one-shot Ousama Kid, this voice comic sees the characters and story of Mission: Yozakura Family come to life in much the same way. By adding limited animation and voice acting to the dialogue and narration, Shueisha is embracing the video format just like other publishers. Yet, when it comes to up-and-coming series such as Mission: Yozakura Family, this voice comic is particularly useful.

Fortunately, Mission: Yozakura Family’s voice comic is a much better adaptation – albeit limited in nature – than the one produced for Me & Roboco. Although the humor of Shuehei Miyazaki’s series was well presented in that video, the voice of Roboco was a little off-putting – if not entirely terrible.

Luckily, the voices for the large cast of Hitsuji Gondaira’s spy series are much more fitting. In fact, they couldn’t be better. Mutsumi sounds just as cute as she is in the series, and Kyoichiro has just the right amount of creep factor; Tsubasa, too, sounds exactly like Beatrice from Re:Zero (that’s a compliment) and Shion sufficiently bored. If the eventual anime adaptation isn’t of the same quality, then I’ll be disappointed.

That brings me on to the final point: out of all of the series turned so far (Ousama Kid is a one-shot)  into a voice comic, Mission: Yozakura Family is by far the most likely to get an anime adaptation. This shows that Weekly Shonen Jump isn’t afraid of stepping on the toes of future casting choices, whenever they may come. That’s not to say that Me & Roboco will never get an anime, but – considering the performance of previous gag manga – that seems unlikely.