Mitama Security Ending: How One Gag Ruined a Series 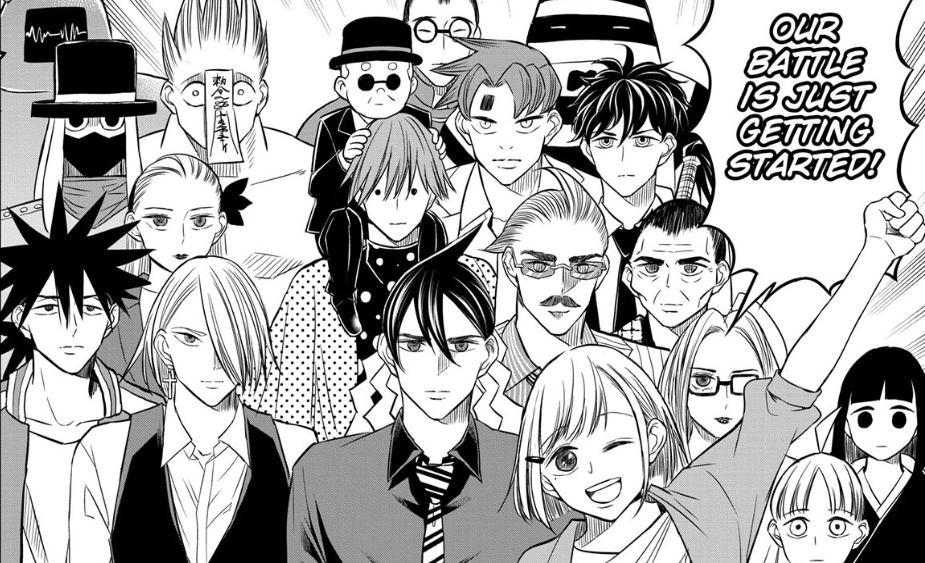 If you’d have told me about nine months ago that I’d be quite sad to hear Tsurun Hatomune’s Mitama Security: Spirit Busters was ending, then I’d have laughed you out of the room. My relationship with the ghostbusting series has been a strange one, moving from outright distaste to genuine enjoyment, but there is no doubt that it declined significantly in quality over the course of its run.

To commemorate Mitama Security’s ending, I’d like to pin down why exactly this happened – not only to further the understanding of gag manga in Weekly Shonen Jump, but also to provide some advice for Hatomune when he inevitably comes back for another shot. The kid’s got talent, and they do say that it is third time lucky.

Much of Mitama Security’s decline in quality up to its ending can be traced back to a particular set of chapters. Chapter 36, in particular, kicked off a multi-chapter story arc that was, for the most part, the first time that the series had tried its hand at something so long-lasting. That was a risk in and of itself, as it required readers to be engaged enough to remember what happened week to week, but what it introduced was far more risky. 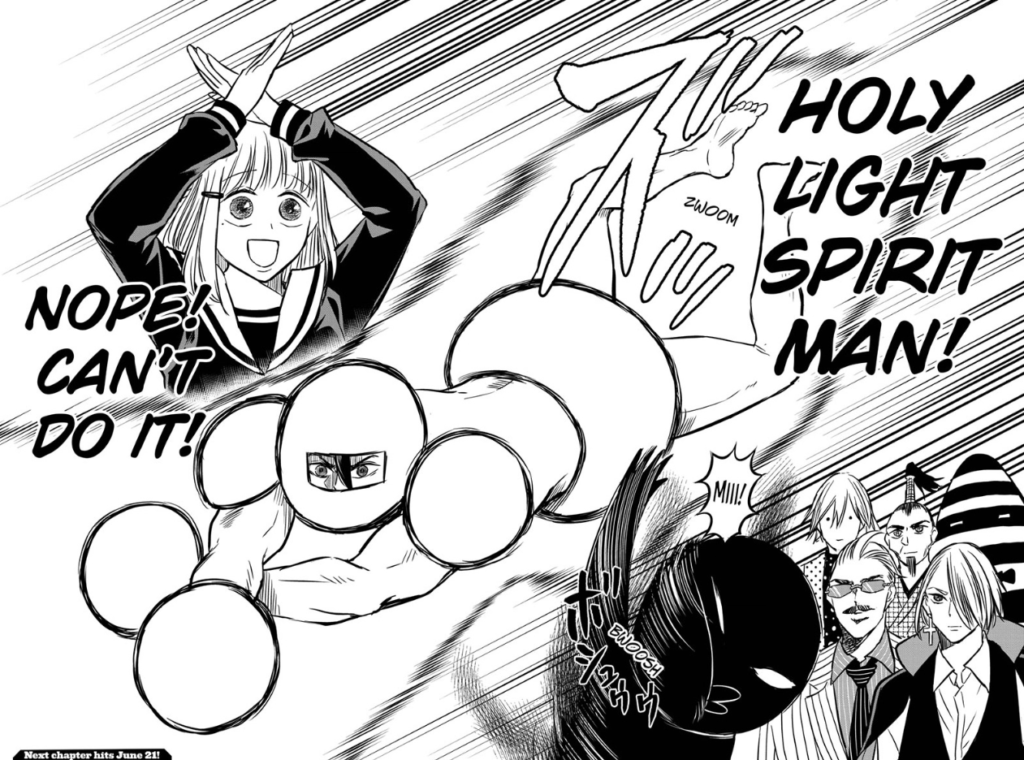 Enter Holy Spirit Man. This “special form” was mastered by Mitama back when he was training to defeat his “nemesis” Popoki (he’s the one who wrote “Mi” on his chest) and was thoroughly abused by Hatomune in the chapters following the end of the multi-chapter story arc. What this gag essentially consisted of was Mitama stripping naked, transforming into a giant ball, and occasionally floating away.

The problem with this gag was that it was simply not very funny. Aside from Rena Haze’s muted and generally confused reactions (which were quite funny), the series had seemingly regressed back into its old, zany form; relying more on chapter-by-chapter and page-by-page gags than the chemistry that arose naturally from the characters and their relationships. That was a shame, as that second approach was much more amusing and was one of the main reasons behind me coming to enjoy the series as it pivoted towards it.

Is it a bit of an exaggeration to say that this one gag was behind Mitama Security’s ending? Perhaps. In all likelihood, it was not one thing, but a combination of things that led to the series coming to an end in Weekly Shonen Jump: the writing, the characters, the art, the constant demand for new series…. We should also mention here that the series never sold very well, although the bar is set generally quite low for gag and comedy series.

Oricon’s here! Only 3 of the veterans remain ranking meanwhile, as expected, none of the newbies can pull a rank, so we’ll see their estimations. pic.twitter.com/KDAPGoiNvf

If there is one thing for certain in my mind, however, it is that Hatomune’s writing decreased in quality across the run. Holy Spirit Man was just one indication of a return to an approach that was already proven unpopular in the Weekly Shonen Jump chapter rankings: it was only after the series shifted away from a gag-based approach that it managed to come anywhere near the front ten. Make of that what you will.

By the end of chapter 43, I was already calling for Mitama Security to come to an end. This was mainly due to the glut of comedic series that was threatening to undo the careful balance necessitated by the Weekly Shonen Jump line-up, but it also managed to upset me with some uncomfortable romance.

Yet, Mitama Security managed to pull through surprisingly well as it approached its ending: chapter 45, in particular, was quite entertaining, and the final chapter itself left me with a warm feeling in my heart. No matter how much the series may have declined in quality over its run, we had been on a journey together: Hatomune’s characters and their relationships won’t be fading from my mind any time soon. 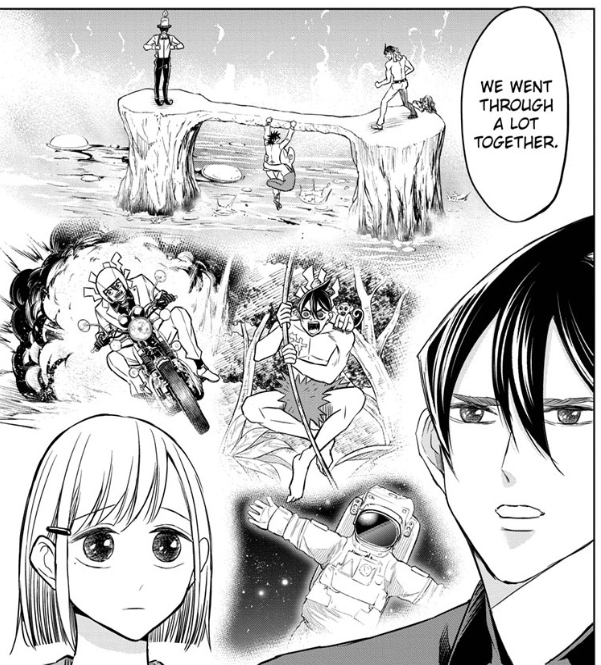 Speaking of Hatomune, it seems likely that we will see the Tetris-loving mangaka back again sometime soon. Whether or not this is in the pages of Weekly Shonen Jump is another question entirely, but there is no doubt in my mind that the author has talent. He launched his previous series, Mukidashi no Hakuchou, in 2017, and it lasted for a solid four volumes; to a certain extent, all he needs is for something to catch on. That is what the tale of Naoya Matsumoto tells us, who recently secured for himself a long future with Kaiju No. 8 after many years floundering with mid-length series such as Pochi Kuro.

To conclude, reading manga week to week is a funny thing. Part of the reason why I enjoy so much is precisely because things can change so drastically in such a short space of time – whether it’s MASHLE becoming a battle manga or Time Paradox Ghostwriter truly going off the rails, it’s ultimately what makes reading Weekly Shonen Jump interesting. In this sense, I stand by the somewhat outlandish title of my initial review – Mitama Security is truly a masterpiece of the medium, even if its ending came about in a less than ideal way.