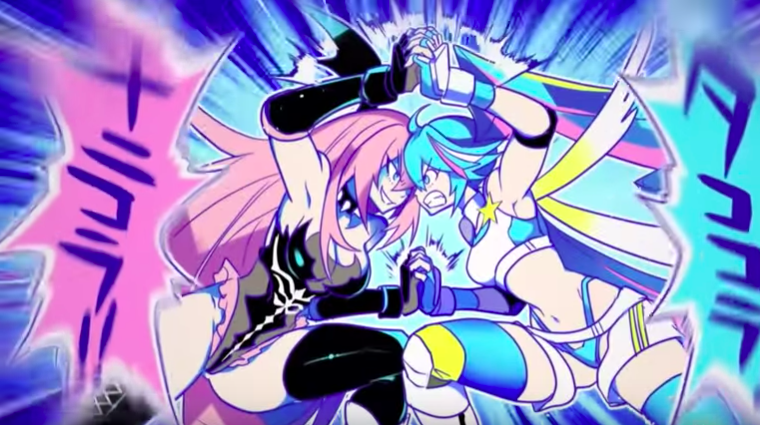 The beauty of Vocaloid is you can do whatever you want with the singing-synthesizer software and the avatars representing them. Creators operating in this community have let their imaginations fly free (and not be held back by any copyright violations thanks to some clever agreements allowing users to do just that). Long-time Vocaloid artist Mitchie M is one of the bigger names in the game, and has achieved a lot of noteworthy stuff over the course of his career, including the chance to tune Hatsune Miku’s voice for her collaboration with J-pop superstar Namie Amuro. Despite a storied career, Mitchie M hasn’t lost the desire to explore flights of fancy. His latest creation “Seraphim On The Ring” finds an all-star stable of digital singers colliding on the mat. This is a song and video about Vocaloid pro wrestling. Watch below.

This is about as winning a concept as you can get, and Mitchie M doesn’t squander it. All of it plays out in a straightforward manner; Hatsune Miku and Kagamine Rin are a tag team playing the role of the faces, and they square off against some heels, all while other notable Vocaloid characters provide commentary and referee the match (and, uhhhh, get turned into projectiles, which seems like it should be grounds for a disqualification). The animated clip tells the story of the match in all its glory, detailing every suplex and piledriver along the way.

Every grappling move also gets celebrated in the lyrics of “Seraphim On The Ring.” Consider this the Vocaloid community’s own Beat The Champ in miniature, using the frame of an uptempo electronic number to turn this bit of wrestling fanfiction into a pretty catchy number mimicking the pump-em-up vibe of other pro wrestling tunes. They even fit in a nifty bit near the end where voices meant to resemble a packed crowd sing along the words, like they are trying to will them on to victory. It’s a cute little detail in a song reminding of just how creative the style can get.