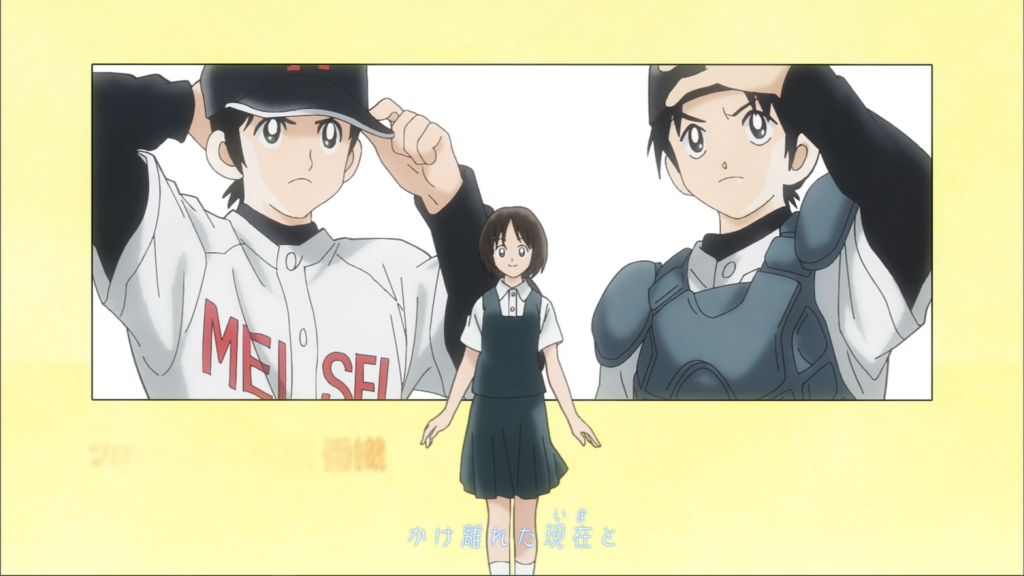 The sun’s out and the birds are chirping. It’s not miserably cold anymore yet unbearable warm either. Yes, folks, we’re in the first week of May and the spring anime season is well on its way! There’s one currently airing show in particular that I think fits in with the nicer weather, blue skies, and a refreshing spring breeze. Mix. We’re five episodes into this junior high-school celebration of adolescent life and baseball. While baseball anime hasn’t normally been popular with western fans, this show has an effect anyone can appreciate.

Much of its charm comes from the original manga author Mitsuru Adachi. He’s known for creating beloved sports stories and imbuing them with the whimsy and frustrations of adolescence. Adachi’s the type of author who, throughout his entire career, has only cycled through about 4 characters designs yet can say a 1000 words with a single facial expression. Mix is only the latest baseball manga about teens in the Adachi library, following the likes of H2, Cross Game, and Touch. Mix actually serves as a distant sequel to Touch, a country-wide phenomenon in Japan during the 80s. 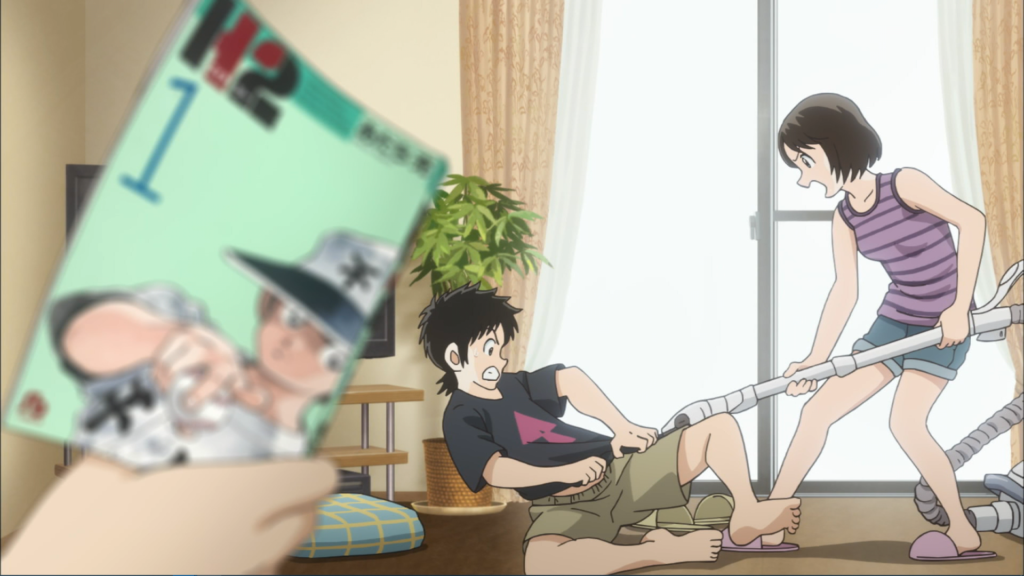 Thankfully, you don’t need to be familiar with Touch to enjoy Mix. The show centers around Toma and Souchirou Tachibana, step-brothers who harbor some serious baseball prowess, along with their little sister Otomi. They go to their parent’s alma-mater; Meisei, who won the Koshien championship some 30 years ago but were never again able to recapture that glory. Now, the school’s baseball team is particularly weak despite the Tachibana siblings joining the team. Mainly, because the current pitcher is the son of a rich company owner who donates money and equipment to the school. The story starts during the boy’s second year in junior high.

Like any good sports anime, to say Mix is only about who wins or loses would be a disservice to the show. The way Mitsuru Adachi depicts daily life and human interaction are chiefly what’s made him such a beloved creator, and that nuance is heartily present in the Mix anime. The show is laid back and slow-paced; typically not what one expects to hear about a baseball anime. At least in these beginning episodes, the show focuses much more on how these characters interact than whether they’ll win or lose. 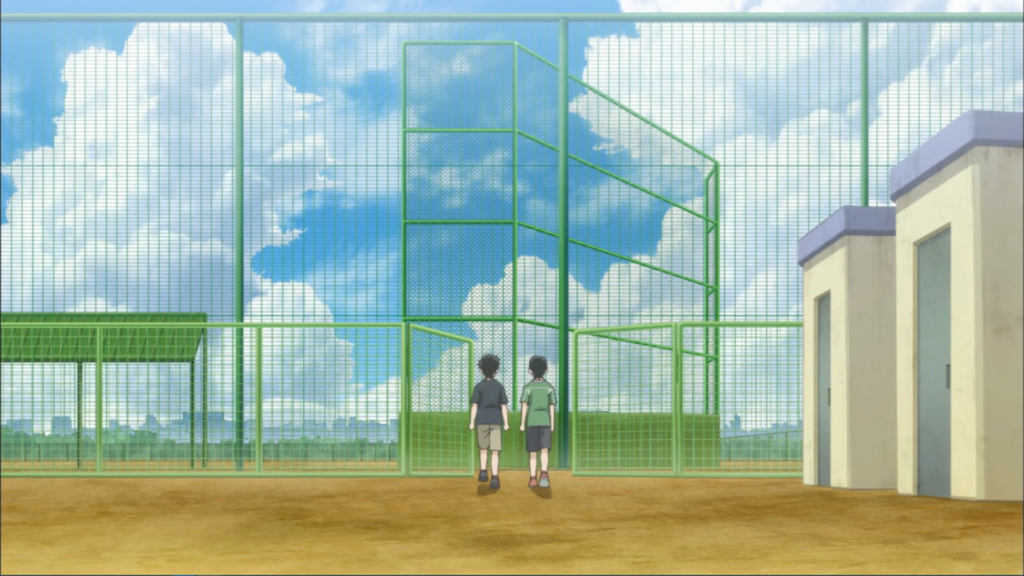 These character dynamics have so far been the best part of the show. What’s the sibling relationship between Toma, Souchirou, and Otomi like? How do the members of Meisei’s current baseball team navigate around their spoiled rich kid pitcher who leaves practice early every day but refuses to cede his spot? Will Otomi be able to shake off all of her orbiters? Mix has you focusing on the throwaway lines, banter, and words that are said under a person’s breath as much as it does the baseball.

The show takes its time getting the viewer acquainted with the state of the Meisei team but it also looks good doing it. Mitsuru Adachi’s art style is completely his own. You’d never mistake a character from one of his anime or manga with someone else’s. His characters are simply drawn, and don’t have extravagant outfits or whacky hair; They look and act like people more than anime characters. The show not only preserves Adachi’s art to a T, the animators accurately depict Adachi’s knack for facial expressions that subtlety say it all. 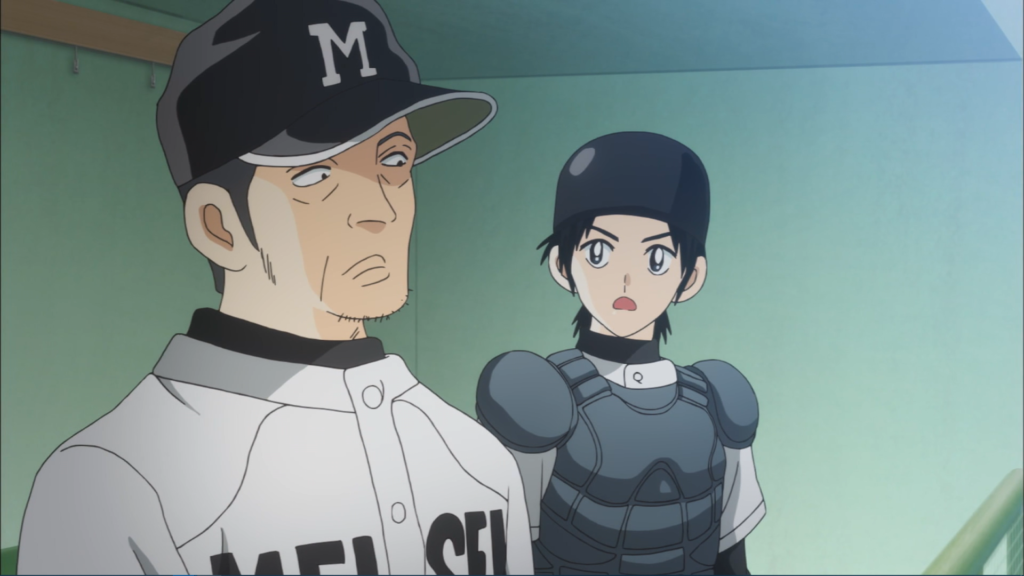 Mix knows when to linger on a word or an instance. It’s old school art-style and taste for daily life make it the perfect spring show. While some may prefer a higher stakes, big energy shonen show off the bat, its the minutia of Mix that makes it so enjoyable. The show may not resonate with everybody, but if you’re the type that enjoys something more low-key and savory, it just might be a home-run.