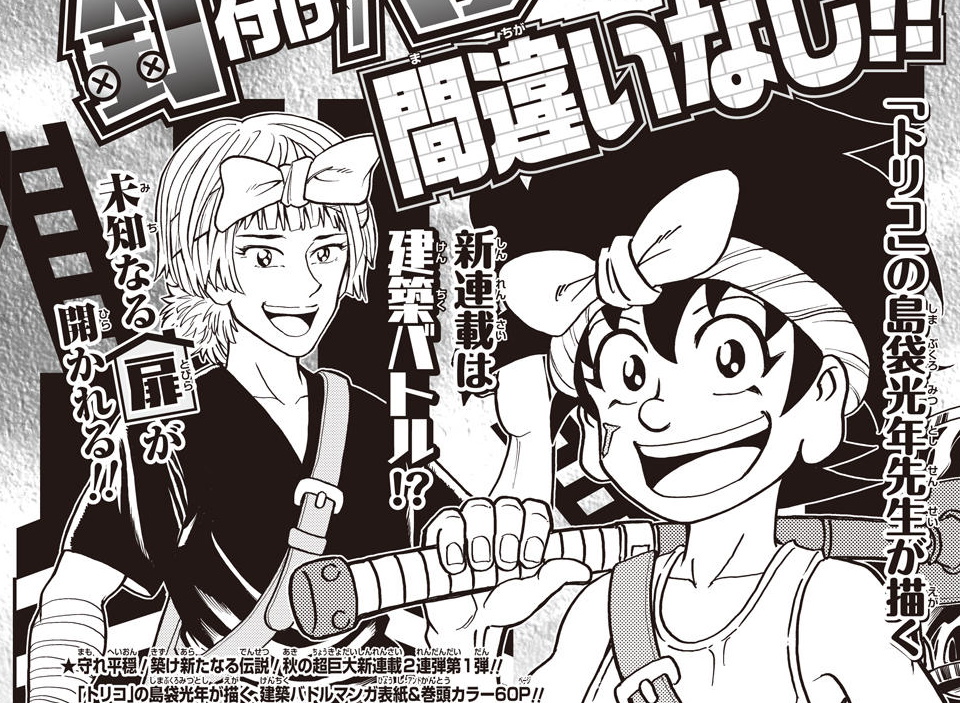 Mitsutoshi Shimabukuro, author of Seikimatsu Leader Den Takeshi! and Toriko, is returning to the pages of Weekly Shonen Jump after a four year absence with a new series, Build King. Based on the one-shot of the same name submitted for Weekly Shonen Jump’s 50th anniversary, Shimabukuro’s new series, among others, constitute what will most likely be the final changes made to the Jump line-up this year, begging the question: what will be replaced?

Build King will be joined by another series from a relatively inexperienced author, named Yuuto Suzuki. Suzuki has had two one-shots published via the Jump Plus website this year, Mokuroku and Locker Room, and his new series will be titled Sakamoto Days. 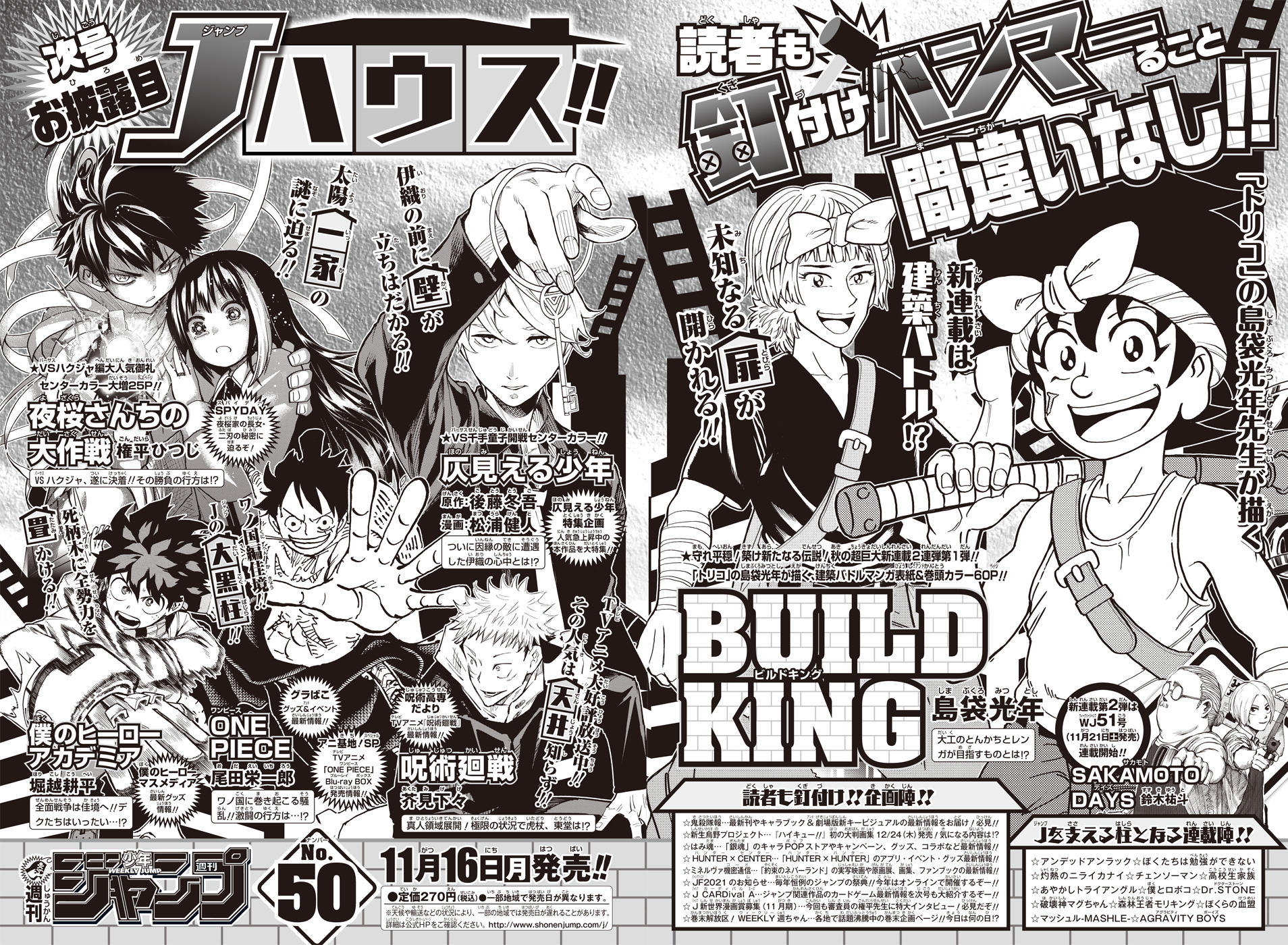 From the looks of things, Suzuki’s previous one-shots are fairly dark stories with heavy mystery elements, which makes a change from the kind of supernatural series that are currently filling the pages of Weekly Shonen Jump. The last page of Locker Room also informs us that Mokuroku got 590,000 page views in a single week, so it is no wonder that Jump has poached this up-and-coming talent.

To be honest, I’m looking forward to seeing what Suzuki has to offer more than Build King, as the return of Mitsutoshi Shimabukuro brings with it several moral quandaries. Shimabukuro was arrested in 2002 for paying a sixteen-year old high school girl to perform “lewd acts” but the sentence was later suspended, leaving him out of jail – in my view, he should have never been allowed to work again. Yet, Shimabukuro joins the likes of Nobuhiro Watsuki in Weekly Shonen Jump’s worrying tendency to let things slide.

In any case, what might be canceled to make room for Build King and Sakamoto Days? Looking at the sales, it seems pretty obvious that this would be Moriking and Agravity Boys, but neither show any signs of ending any time soon. So there is the possibility that nothing will be canceled: there is no rule saying that new series have to replace old ones.

Are you looking forward to checking out these new Weekly Shonen Jump series? Will you be fine with supporting Shimabukuro? Let us know via social media or our Discord server, linked below.