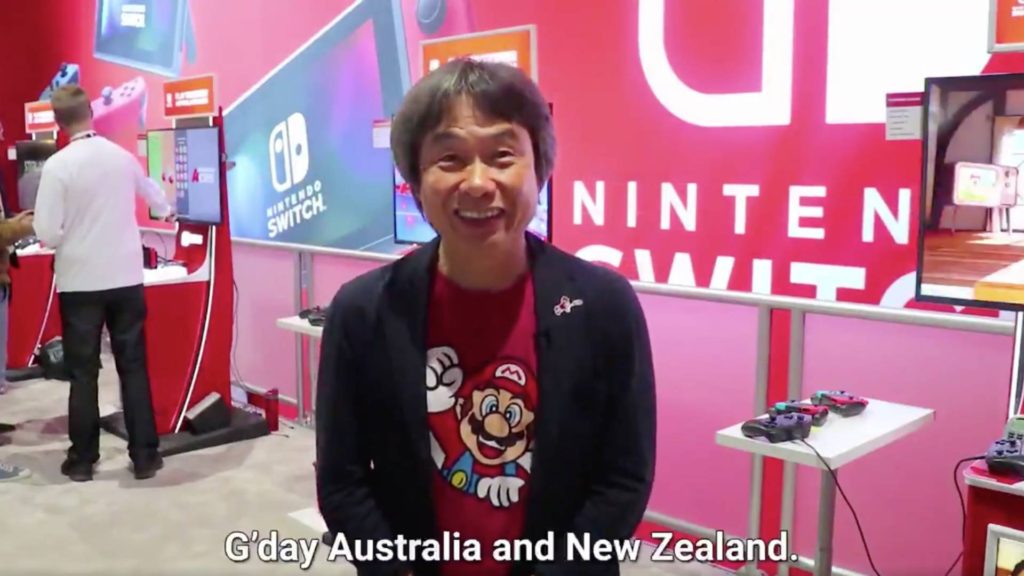 Shigeru Miyamoto is known for a lot of different things, from being a representative director at Nintendo, all the way to being the creator of legendary series such as Mario and The Legend of Zelda,  but now you can add him being a true blue legend to the list. In a recent video shared with Nintendo of Australia and New Zealand, Miyamoto was seen on the show floor at E3 2018 giving a special message to the fans down under in regards to the latest Super Mario Odyssey, and it absolutely rules.

Mr. Miyamoto has a message for Australian & New Zealander Nintendo fans from the show floor at #E32018. pic.twitter.com/bQop8bbG9N

Being an Australian living in Japan, it’s pretty cool to see a shoutout including such “choice, bro” words to my home country, even if it is this ridiculously goofy. The grin on his face during the entire video says it all, even he knows how ridiculously funny this all is. This one definitely deserves to go in the history books as one of Nintendo’s greatest moments and is probably one of the best things to come out of this year’s E3 event. It’s also worth noting that as a true blue gamer myself, I’ve already managed to collect all the moons, and can’t wait to see what additional content finds its way into the game, as Miyamoto stated.

Keep at it Miyamoto, ya ripper legend.