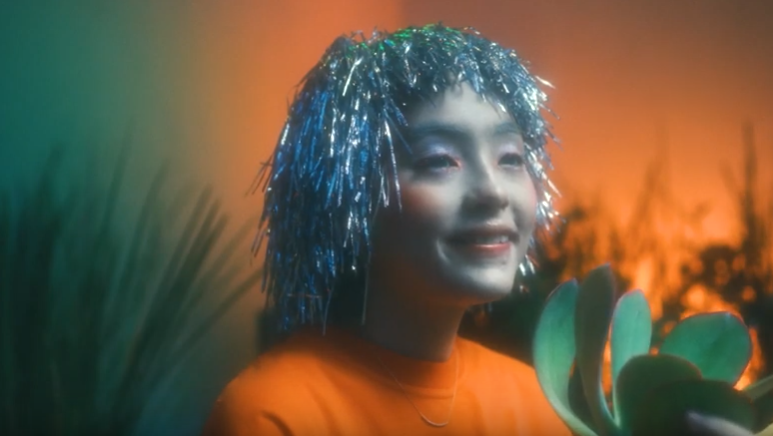 The seeds for this song were planted a couple of years back. Singer-songwriter Mizuki Ohira released her easy-breezy number “Aloe No Hana” back in 2017 (with a video following the next year). It’s a totally pleasant bit of Sunday morning relaxation, though she has operated in much better modes, such as letting some brass enter the groove or upping the tempo. She’s put out one album since debuting, along with a handful of singles.

Anyway, tofubeats eventually offered up a remix of “Aloe,” which introduced a little more of a kick to the number and, in my opinion, gives it a bit more energy while retaining the chillness. Since then, they’ve performed on the same bills and now, with Ohira’s newest single “Mujuuryoku,” team-up, with tofubeats handling the music and lyrics. Watch the video — featuring a space motif and presented by Barney’s New York — below.

Ohira operates primarily at mid-tempo, and tofubeats makes sure to construct something that plays to this preference on her newest number. The track never really bursts open, but rather opts for new details to enter gradually without ever disrupting the stroll-worthy pace they lay out for it. What does sneak in is a little bit of a funk flavor that gives this one more energy, putting it into the camp of Ohira’s better overall songs. While it never breaks a sweat — even when little wonky segments emerge late in the song, they just offer a temporary twist rather than throw everything on its head — this choice does make everything groove a touch more.

The one consistent, found across all of Ohira’s releases? Her singing, which slides in nicely here, providing a sweetness and a longing that really sells the song. She always delivers on this front, but Ohira really takes off when backed by just the right kind of music. This shows just how good it can get.

Tofubeats Tapped To Do Theme For Unko Museum