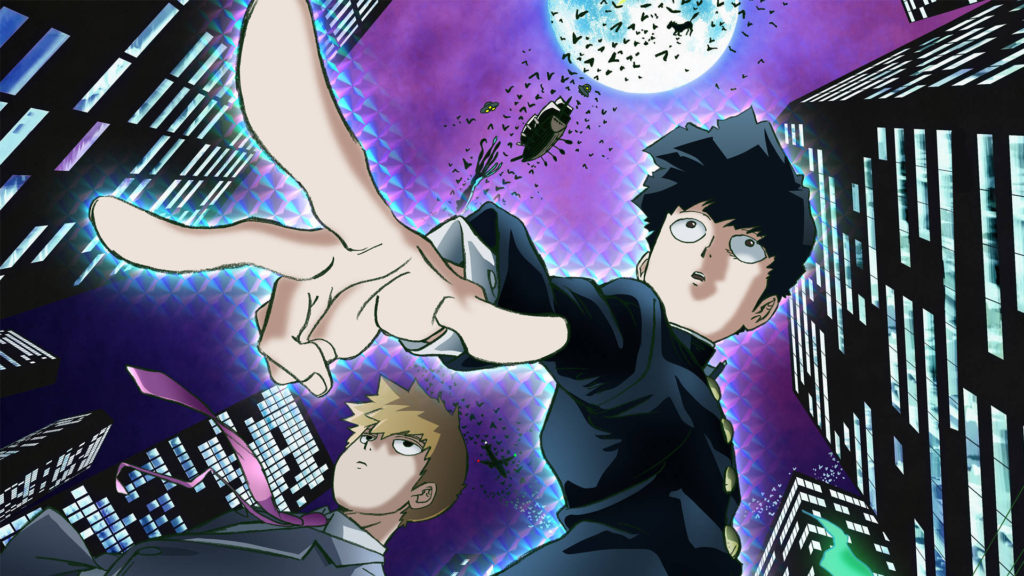 Announced during the “Mob Psycho Reigen: Shiarezaru Kisaki Reinoryokusha”  event hosted over the weekend, BONES’ incredible anime adaptation of ONE’s Mob Psycho 100 has been greenlit for a second season. Calling on the same staff that made the first season so incredible, we see director Yuzuru Tachikawa and character designer Yoshimichi Kameda making a triumphant return. Additionally, we’ll see Hiroshi Seko returning to BONES for series composition on the second season.

Originally launched in 2012 by One-Punch Man creator ONE via Ura Sunday, the manga series would eventually conclude two years later in 2014. It was in 2016 that the series was adapted for anime by BONES, premiering in Japan during July and simulcasted globally by Crunchyroll. Six months later an English-language dub was made available by the team at Funimation, with their synopsis of the series available below:

Kageyama Shigeo (a.k.a. Mob) is an 8th grader with powerful psychic abilities. Workingunder his not-so-capable master, Reigen, Mob uses his powers to exorcise evil spirits. But his will to be normal causes him to suppress his powers and feelings until he hits 100 percent — a point where his pent-up emotions are unleased and a darker power takes over.

With no extra information outside of the returning staff and green-lit status, we’ll just have to wait and see as to when it’ll actually premiere in Japan. Until then, we’ll be sure to keep you updated with further information as it’s announced. If you’re yet to see the incredible first season of Mob Psycho 100, you can watch it online via Crunchyroll.