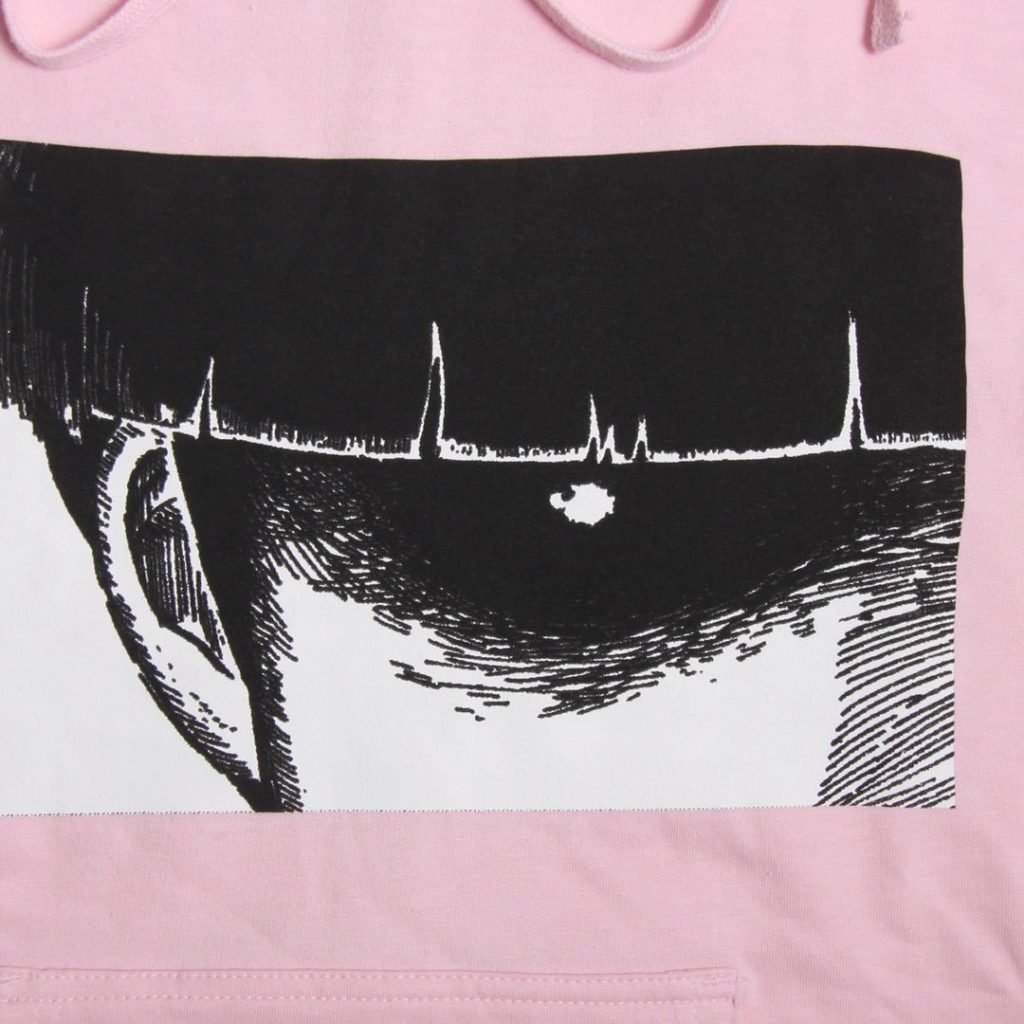 The year is already ablaze with the incredible second season of Mob Psycho 100, and it looks like all the hype surrounding the series has landed it on the radar for some limited-edition apparel in North America. Being sold via the Crunchyroll online store, the “Keep it 100” line is a buy-it-now-or-forever-regret-it collection, limited by its single production run.

While licensed Western anime apparel can be very hit or miss, often incorporating unappealing loud designs onto fabrics that don’t complement it in the slightest, there are also times where the designers really hit it out of the park. This line of Mob Psycho 100 merch is definitely in the second camp, incorporating clean manga-panel prints and tasteful branding onto some pretty fantastic base clothing.

The absolute centerpiece of this collection is the Pink Hoodie. With a panel displaying Mob’s explosion as imminent through his seething frustration, the design of this piece makes it a total must-have for fans of the series. Unfortunately, at the time of writing, it has already been completely sold out, though I’m sure scalpers will make handy work of selling it back to you — at a cost. 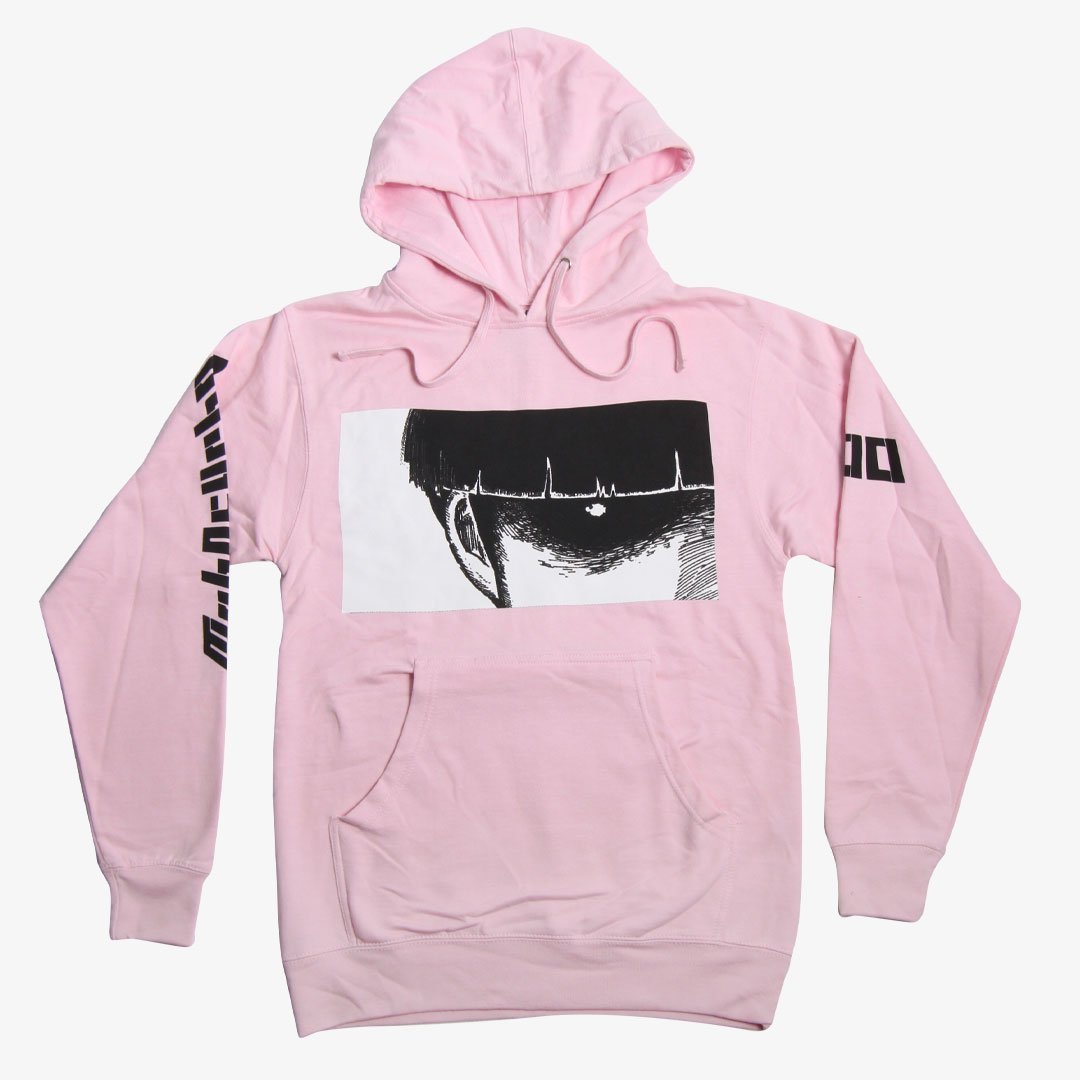 The Grey Heather Crewneck is also worthy of recognition. There are a total of three art panels on this piece, telling the story of Mob’s imminent explosion in a bit more depth. While the design is a bit too vertical for my liking, having the predominantly black panel in the center balances it out quite well. The Mob Psycho 100 logo on the back manages to be quite striking as well as relatively low key, making it my favorite part of the crewneck. This one still seems to be in stock (for now), so if you didn’t land the hoodie this is a more than valid alternative. 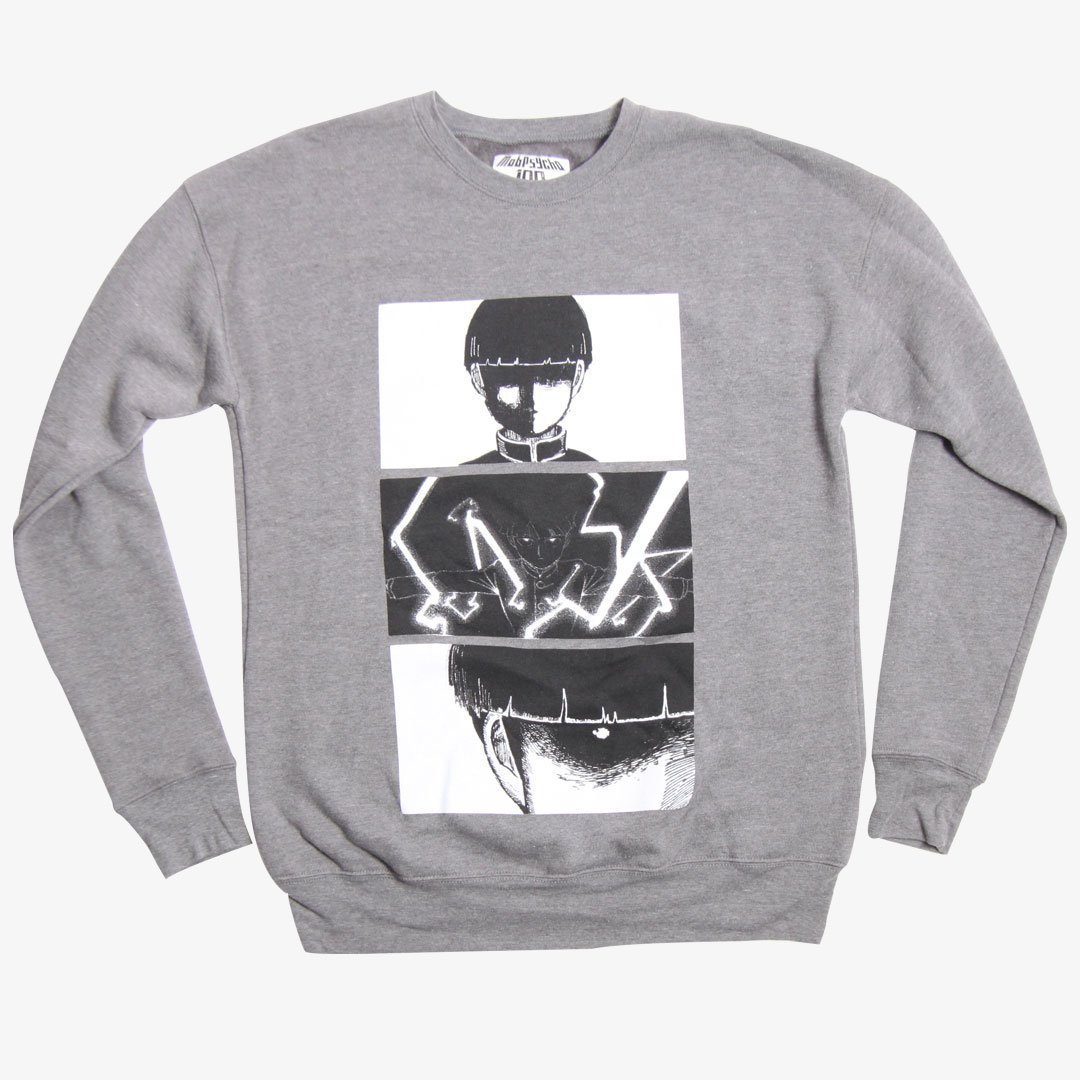 The other items include a bomber jacket with a subtle logo, a shirt (with the same designs as the crewneck), a purple branded beanie, and a pink shirt with a very sketchy mob amidst his explosion. The pink shirt bears mention as the stand out item from the remaining batch, as the stylisation of Mob combined with the saturated purple coloring on the pink fabric, makes it quite tasteful and low key. There’s also a plush of Ekubo if that’s your thing.

Overall, the “Keep It 100” line is an impressive collection of clothing, and I can’t help but feel like the team really did the stylism of Mob Psycho 100 some real justice here. If you’re a fan of the show, I wouldn’t hesitate to pick up anything here, as it’s bound to complement any given wardrobe. Here’s hoping we’ll see some similar apparel lines in the future that continue to push the envelope of what Western fans can expect from official anime apparel.