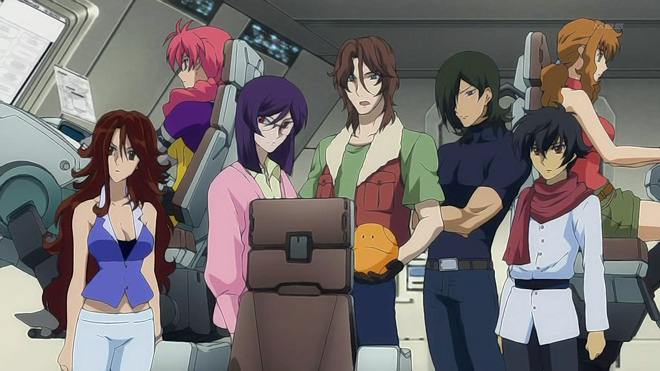 A Reimagining of the Central Conflict Sets 00 Apart

It’s no secret that the Gundam franchise is a uniquely Japanese product. It’s largely a calling card for Japanese culture and is almost emblematic of all Giant Robot-type anime. The original Mobile Suit Gundam was released as an anime in 1979, and new installments centered around that main story have been released ever since. One of the more recent iterations is Mobile Suit Gundam 00, released as an anime in 2007.

Most Gundam timelines center around the struggles between the Earth Federation and the separatist colony, the Principality of Zeon. It’s usually in the far future, far enough that humans have abandoned the Anno Domini calendar and adopted the Universal Century method of timekeeping.

Humanity has taken to space due to the degradations of Earth’s environment and overpopulation and set up a series of space colonies. One of which, Zeon, has demanded sovereignty and eventually takes the fight to Earth.

The show can be seen as an alternate timeline, or even a reimagining of the original series. Mostly because there’s no way for Gundams to exist pre-Universal Century, as it was a brand-new style of mobile suit during the conflict between Zeon and the Federation. The series also introduces aliens in the movie adaptation, A Wakening of the Trailblazer.

Mobile Suit Gundam 00 is a re-imagining of the conflict and is still set in the AD calendar in 2307. In this world, humans have more or less completely depleted the world’s supply of fossil fuels, and have turned to solar energy. This is supported by a series of space-based solar batteries supported by three orbital elevators, around which three blocs of nations have formed.

The Union of Solar Energy and Free Nations (AKA The Union) comprises the Americas, New Zealand, Australia, and Japan. There is also the Human Reformation League, which is made up of most of mainland Asia, including Russia and China, as well as India, Turkey, Georgia, Armenia, Malaysia, and the Philippines.

Finally, the European Union has united to form the Advanced European Union, consisting of Europe, including the United Kingdom, the western part of Russia, as well as Greenland and other bodies in the Northern Atlantic and Arctic Sea.

The AEU’s orbital elevator is in Africa, but they don’t possess that much territory in the actual continent, and it instead operates with a parliamentary system governed by the AEU.

Because of these concentrated blocs of power, many countries that don’t quite fall into these groups are at war with each other for resources, as are Middle Eastern nations that depended on fossil fuels for their economy.

These ‘Solar Wars’ have been raging for about 20 years as the series opens. Then in 2307, a group known as Celestial Being makes a series of military strikes and interventions in various conflicts while piloting advanced Gundam-type mobile suits.

The paramilitary group then makes a statement, saying that its purpose is to use force to eradicate all forms of war on Earth. They’re then seen intervening in various armed conflicts, attacking belligerents on both sides as long as they’re also attacking.

The rest of the series follows the global retaliation against Celestial Being and the eventual formation of the United Nations Army, made up of the three blocs.

In season two there’s a time-skip of about four years after Celestial Being was defeated by the United Nations Army. The UN has formed the Earth Sphere Federation and employed a special military force known as the A-Laws to enforce the will of mankind, protect the unity of nations, and dispose of terrorists.

As with most military forces given extra power, the A-Laws have been using undue violence to carry out their orders without the general knowledge of the public. Setsuna and the remaining forces of Celestial Being attempt to take down the A-Laws, unaware of a third faction manipulating events known as the Innovators.

The Innovators are a secret group started by the mind behind Celestial Being, Aeolia Schenberg, to unite humanity and take them into deep space, where they’ll undergo trans-humanist evolutions. Setsuna, the rest of Celestial Being, and a group of disillusioned A-Laws members gear up to fight the Innovators and their Innovades, which sets up the plot of the movie.

The Story Continues in Mobile Suit Gundam 00 The Movie: A Wakening of the Trailblazer

Two years after the Innovators were defeated, many Innovades have joined the Earth Federation and fight alongside what are referred to as ‘old humans’. Mobile Suit Gundam 00 the movie: A Wakening of the Trailblazer follows the remnants of Celestial Being as well as the survivors of the Innovade Wars as they struggle to beat back aliens known as ELS, or Extraterrestrial Living-metal Shapeshifters.

These are pieces of metal that bond with humans and otherwise assimilate them, and do so with human technology, including mobile suits, ships, and even regular human equipment. 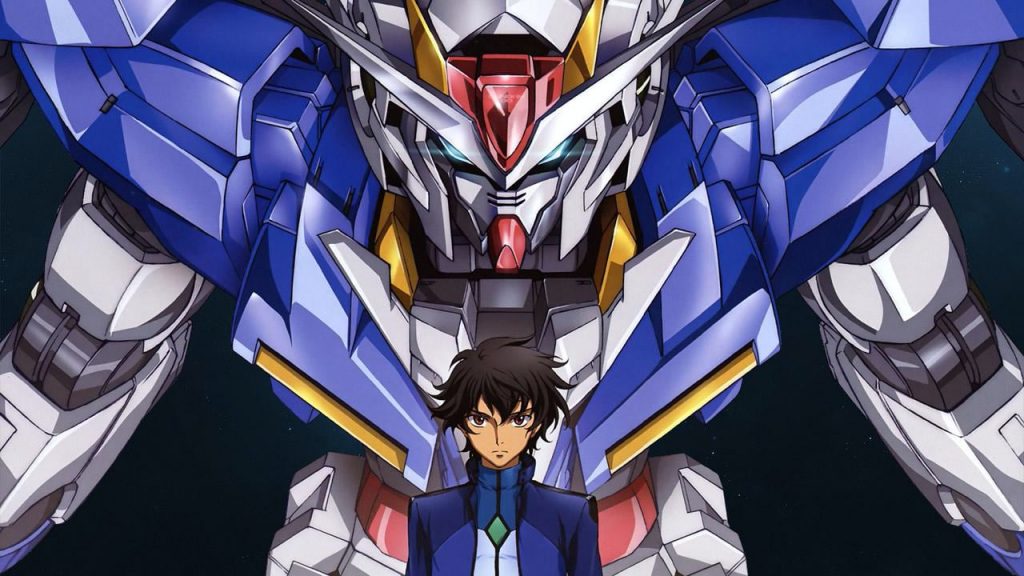 Get Your Notepad, There’s a Lot of Characters to Track

True to most Gundam setups, there’s a menagerie of other characters and factions to keep track of, such as the characters that make up Celestial Being, such as Setsuna F. Seiei. Setsuna is a former child soldier from a country ravaged by the loss of fossil fuels, and brainwashed to kill on behalf of God.

He was saved moments from death by a Gundam, and the experience supercharged his desire to become a Gundam pilot and help end global warfare. He’s only 16 when the series starts, making him younger than his fellow pilots.

The other characters that make up the pilots of Celestial Being include Allelujah Haptism, who pilots the Kyrios Gundam in the first season, as well as Lockon Stratos, pilot of Gundam Dynames, and Tieria Erde, pilot of Gundam Virtue.

There is also Sumeragi Noriega, Feldt Grace, and Lasse Aeon. They’re mostly concerned with tactics and the piloting of their mothership, the Ptolemaios.

There’s also Marina Ismail, a princess of the nation of Azadistan, who functions somewhat as Setsuna’s romantic interest throughout the series. There’s also Saji Crossroad, a student civilian and younger brother of Kinue Crossroad, a reporter going after the truth behind Celestial Being.

Mobile Suit Gundam 00 is an interesting chapter in the Gundam franchise for its reimagining of the conflicts that necessitate Gundam mobile suits. Critics noted that it was heavily influenced by 9/11 and the ensuing wars that followed.

There’s quite a bit of imagery associated with the invasion of Iraq, as well as a focus on the need for energy and how that affects nations whose economies thrive on that industry. It also meditates on how using warfare to stop warfare only leads to more warfare.

Meditations on the nature of warfare are also par for the course for Gundam series, making 00 unique in the series, but not entirely an outlier.