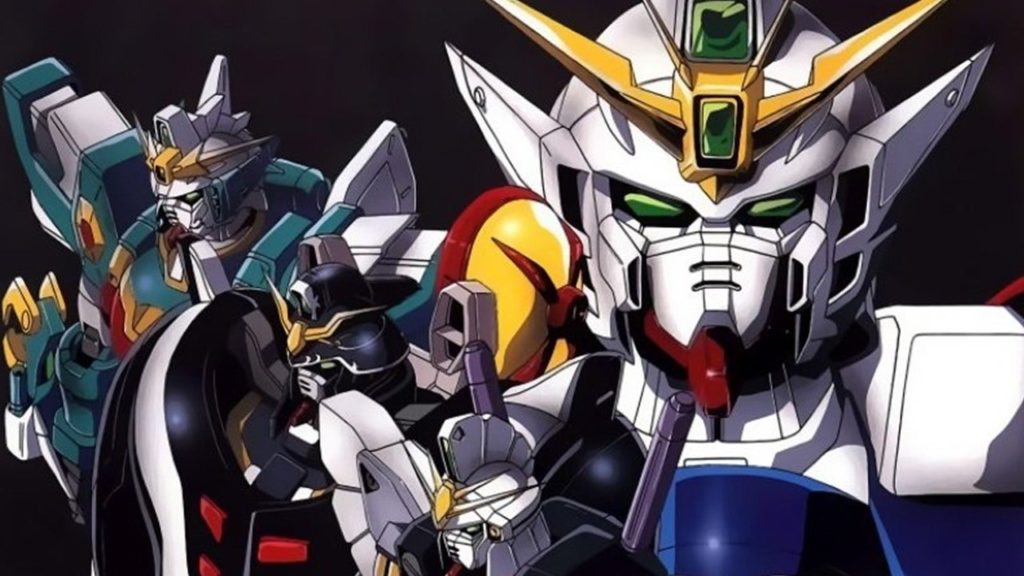 For years, Sunrise and Bandai were unsure about how to bring Mobile Suit Gundam over to America. Being a huge property in Japan they knew it had huge potential for success overseas but Japanese producers were unsure how to market it. At one point, they toyed with making an American cartoon in the style of SD Gundam and even went as far as to produce an ill-fated pilot that thankfully never went anywhere.

Finally, the company gambled with Mobile Suit Gundam Wing securing a Toonami run for the show and it was a success, but not in the way they imagined. Wing didn’t necessarily create interest in older Gundam for American audiences, but the Toonami generation sure as hell ate up Gundam Wing like nothing else, and to this day we all still affectionately joke about it. For America, Wing was the beginning and defining moment of Gundam fandom.

If you were watching Toonami in the afternoons as a youngin in the early 2000s, you know Mobile Suit Gundam Wing was the neatest thing you’ve ever seen. The tortured protagonists added an edgy element that made the show that much cooler than Dragon Ball Z and Tenchi Muyo at the time that you ate up its convoluted political story. The mech designs would equally blow your mind and to this day are still some of the most visually striking Gundams out there.

The original series had a pretty conclusive ending so for the sequel OVA / Movie, Sunrise knew they would have to ramp things up to make it memorable and boy they succeeded. Upping the cool factor of all the designs from 10 to 12, like giving Wing Gundam Zero feathers and adding even more guns to Gundam HeavyArms, Endless Waltz would leave a melodramatic imprint on our young adult minds for years to come.

Gundam Wing Has One Iconic Cast Of Characters

One reason American fans ate up Mobile Suit Gundam Wing was that it had a dynamic and diverse cast of protagonists. A whopping five-member squad, any and every fan had their favorite Gundam pilot in the series. Each member of the squad, and their Char clone arch-nemesis, were definitely peak bishounen era specimens meaning everyone that watched the show was bound to fall in love with somebody.

Heero stands out from the rest of the Gundam Shows’ various protagonists, namely for being so damn obtuse. After all, his defining moment was when he threatened to kill Relena Peacecraft as a response to her simply inviting him to her birthday party. Despite being a giant pain in the ass, he’s an extremely talented mobile suit pilot who’s willing to do what it takes to accomplish the mission.

The most talkative of the main group in this particular Gundam series, you would never guess the plucky Duo Maxwell also goes by the nickname the ‘God Of Death’. He’s nice now, but of course, someone in any anime series with that kind of nickname will have some kind of past. Maxwell does pilot the Gundam Deathscythe after all, playing into his edgier inner half.

Quatre is something of a pacifist in name at least, who does feel some guilt in his role as a Gundam Pilot in the group’s operation meteor. Heir to a gigantic corporation, you got to give him credit for stepping out of the comfortable life and entering a dangerous battle for the good of the people. In his spare time, he leads a group of revolutionaries, putting him at extreme odds with his family’s tradition of pacifism.

A former child soldier who still finds himself fighting battle after battle, the often reserved Trowa Barton’s had a particularly hard life even among this group of pilots. During the present day of the show, he leads a double life as an acrobat in a circus troupe. At heart he wants to be rid of a life of violence, but as these things go when you’re a scripted character in an antiwar franchise that can be pretty difficult.

A young widower and one who comes from a family who’s dedicated their lives to martial arts, Chang Wufei takes his duties as a Gundam pilot more seriously than anyone else. While ultimately he desires to protect the people, he does have something of a condescension problem as he judges too harshly those he perceives to be weaker than him. Throughout the series, he develops something of a relationship with enemy leader Treize Khushrenada.

Seeking revenge on the United Earth Sphere Alliance for murking most of his family, Zechs is the resident Char Aznable clone as every TV series in the Gundam franchise needs to have one. That said, he’s by far the most popular of the Char clones with his cool name, dashing good looks, and particularly striking Tallgeese mobile suit and then the Gundam Epyon at his disposal.

For fans in the United States who watched the series growing up on Cartoon Network, Wing will always have the coolest Gundams of them all. Some today might debate the show’s writing and plot, some thinking it was too derivative of the original series, but these mobile suits left a striking impression when we were at our most impressionable age. Remember, Americans didn’t grow up with the culture of Gundam; We never saw anything like these suits.

Being the lead Gundam of the pack, Heero Yuy’s Wing Gundam takes its red and blue inspirations from the original RX 78-2 as well as building off the Shining Gundam from G Gundam.  They’ve added a welcome dose of 90s cheese to the mix with the dark colors and addition of literal wings.

Speaking of 90s cheese, we’re not sure any Gundam is so emblematic of the term as Gundam Deathscythe. A classic Tim Burton movie in giant robot form, Duo Maxwell’s Gundam comes with both a giant scythe and a cloak.

Trowa Barton’s Heavyarms also hams up the 90s cheese, with its giant Gatling guns hanging off of each arm.

Taking Chinese iconography into account when designing Shenlong Gundam, this monster of a mobile suit has a dragon head coming out of its arm as an attack. Maybe that’s too on the nose, but damn if it doesn’t look sick.

The bad guy Gundam! Taking subtle nods from Char, Zech Marquise’s Gundam is decked out in reddish-purple and has a spiked whip for a tale.

How The Wing Gundam Zero Was Next Level

About halfway through Mobile Suit Gundam Wing, the squadron all get upgraded versions of their original mobile suits. Being the lead, Heero Yuy had the biggest Gundam glow-up of the cast with the introduction of Wing Gundam Zero. Similar to the original Wing Gundam in appearance, until the Endless Waltz version added actual feathered wings to the darn thing, the Wing Zero upgraded the first suit in notable ways.

First and foremost was the inclusion of the ‘Zero System’, of which it was named after, that allowed Heero Yuy to control the Gundam with his mind. Only it and Zechs’ Gundam Epyon had such a thing. Furthermore, it could transform into a plane mode like its predecessor, but this time it could transform into ‘Neo-Bird mode’ and as we all know adding the word Neo to something makes it more powerful.

Unfortunately, New Mobile Report Gundam Wing: Frozen Teardrop remains Japan-exclusive for the time being so if you’re interested in following up you’ll need to learn the language. Frozen Teardrop is a light novel series penned by Katsuyuki Sumisawa that was set a few decades after the end of Endless Waltz.

The series introduced some new faces and saw the return of old favorites over the course of its 13 volume run. Serialized from 2010 through 2015, it marked an in-depth return of the series that aside from a few mangas hadn’t seen much exploration in a long time.

Obviously occurring 20 to 30 years after the original story, we wouldn’t call it essential reading in the Gundam Wing canon. If you want more and happen to know Japanese, they might provide for some interesting reading.