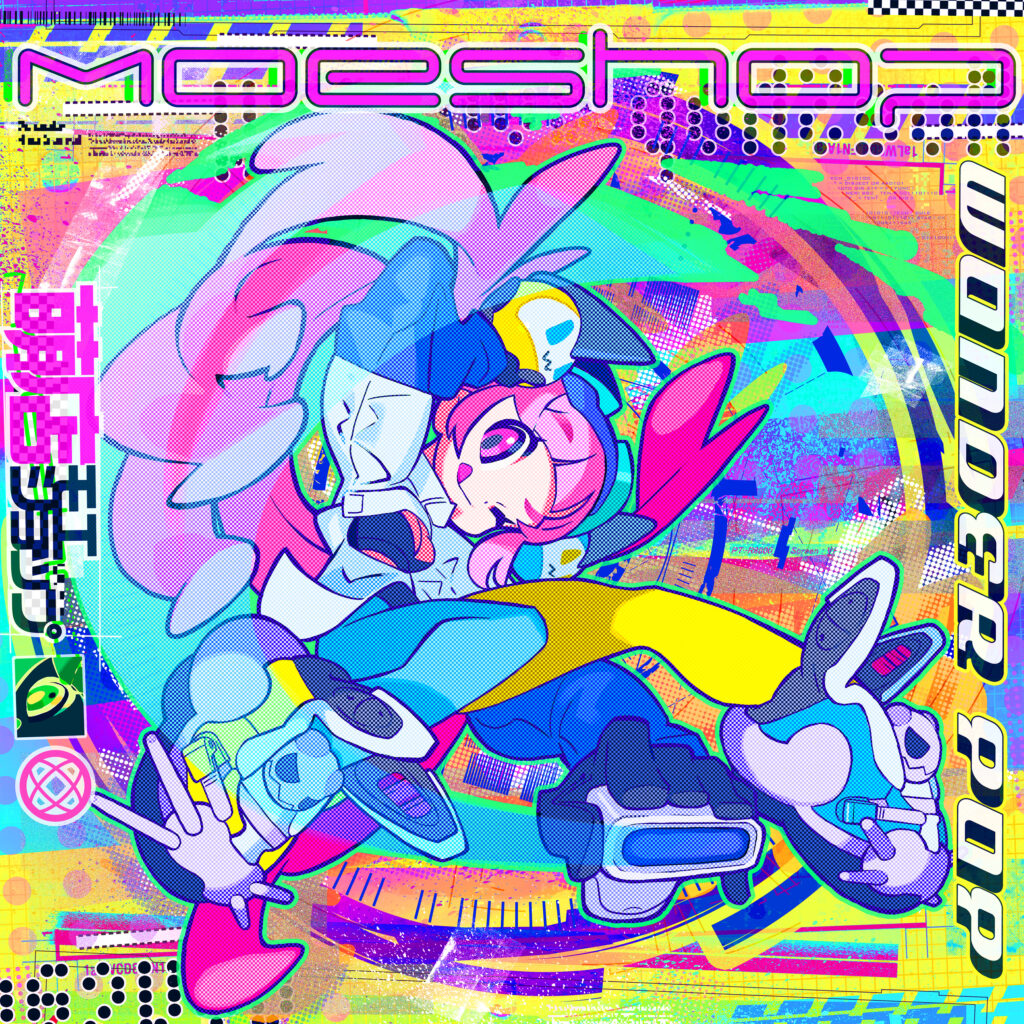 Technicolor dance music tends to work best in spurts. All that fizzy energy can go flat if overextended, which is why so many high-energy examples of this style (up to you whether you want to get into terminology like “bubble gum bass,” “Kawaii future bass,” things of that nature) clock in around three minutes at most. Like pop music in general, keeping listeners wanting more is better than making them push away extra portions.

Tokyo-based electronic artist Moe Shop, whose previous French Touch-ed songs hovered at a similar runtime, stretches out on new release WONDER POP. Clocking in at just over six minutes, it’s the longest original song Moe Shop has ever shared (only their collaboration with YUC’e Baby Pink comes closest to even five minutes) but one making every second count without stagnating. It’s like a cooking YouTube channel tasked with turning sugary breakfast cereal into something fancy and ending up with a six-course meal. Listen below, or get it here.

What’s impressive about WONDER POP is how Moe Shop creates something so constantly engaging without ever pivoting away from the central chopped-vocal whirlwind and swift beats underneath. This isn’t several song ideas stitched together into one ‘interesting’ piece, but rather an artist finding a great melody and seeing how much variation they can twist from those synth squiggles. A lot of the playfulness that follows comes from adding and removing elements, whether to suddenly turn WONDER POP skeletal or add some drama to an otherwise chipper number (see the instances where the beat drops out to make way for some heart-on-sleeve keyboard melodies). There are no major changes to WONDER POP during its run, but Moe Shop finds plenty of interesting new angles to look at their work. Turns out letting something play out can reveal whole new details a short blast can’t.