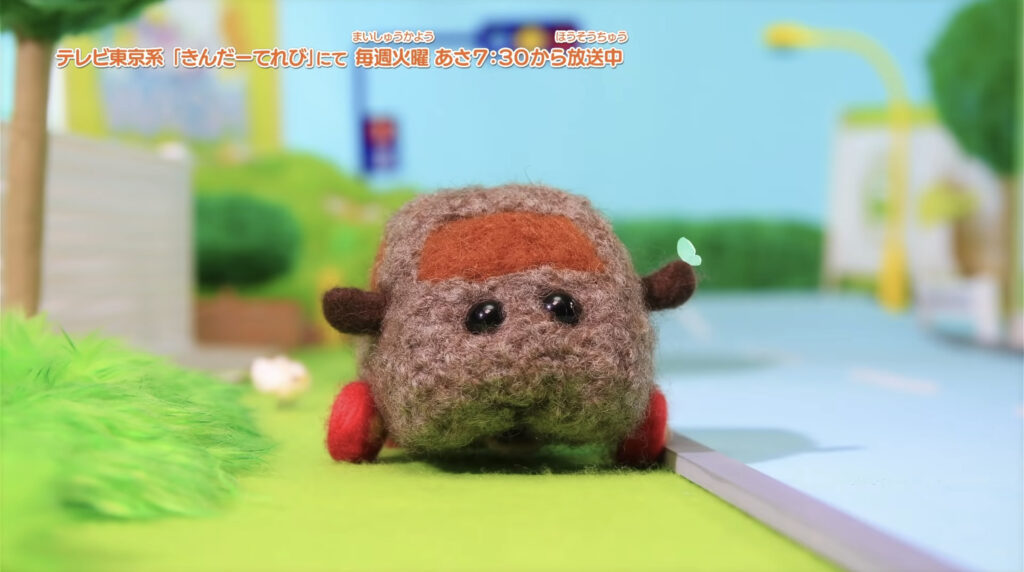 As Pui Pui Molcar continues its undisputed domination of Japan, we now have a look at the first pieces of merchandise related to the series that attempt to cash in on its popularity and adorable guinea pig cars.

Four episodes in, and the Pui Pui Molcar train (car?) keeps rolling. The sheer number of pieces of Pui Pui Molcar fan art and discussion on social media in Japan, as everyone becomes gradually more and more obsessed with this adorable stop-motion series, is impressive to behold. Perhaps not expecting this level of success, it can feel as though the production team is doing whatever they can to take advantage of the popularity, as seen with the first pieces of merchandise for Pui Pui Molcar being made available next week. 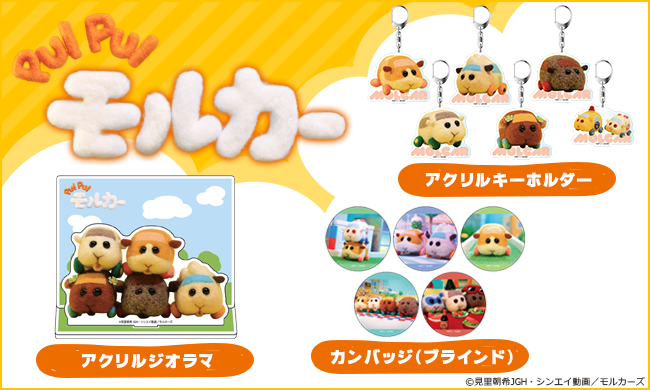 I note this because, while they are undoubtably cute, they’re simplistic, and feel somewhat rushed. Being sold on The Chara online store in Japan, this slim selection of merchandise mostly consists of scenes from the series’ opening episode, repurposed into pin badges, acrylic stands, and keychains. The pin badges in particular, sold for 400 yen each, are little more than screenshots from the series, while the keychains lose the fluffiness of the characters for a standard acrylic keychain featuring images of the various cars.

The cutest piece of merchandise, and the one I would most likely pick up out, would be the acrylic stand, as the thought of having a stand on my desk featuring the stacked Molcar, as seen when huddling from the sun in episode 3, sounds like a much-needed ray of sunshine.

This merchandise line for Pui Pui Molcar highlights both the positive and the negative of sudden and unexpected success stories. With merchandizing opportunities import profit-making necessities for many series, a sudden need to speed up production can easily catch a series off-guard. As cute as some of these are, and I’d love to have a Pui Pui Molcar chain hanging from my bag, I can imagine it was always the plan to have more substantial tie-in goods down the line, and my hopes for a fluffier keychain will allow me to hold off for now.

Pre-orders for the merchandise open on 5 February, with a March shipping date.