It’s Finally Happening: Molcar Plush Toys Are on the Way 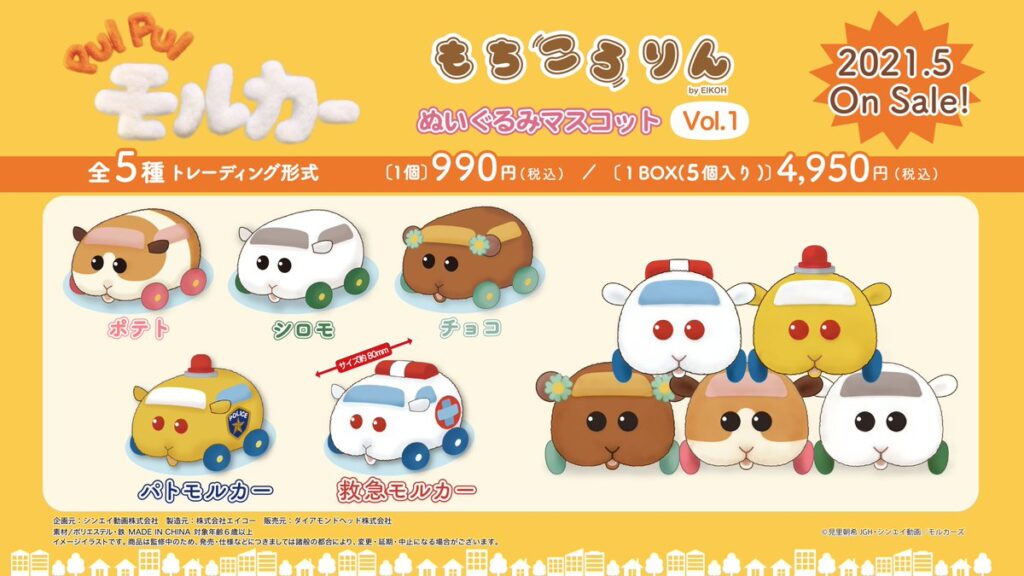 They’re finally here! In response to the massive success of Pui Pui Molcar, mini plush Molcar are on the way!

It was just a few days ago that, in discussing the announcement of Pui Pui Molcar goods that were revealed a few days ago, I noted that although this initial line of merchandise was neat; it was somewhat of a missed opportunity. Keychains and acrylic stands are one thing, but they’re pretty standard and don’t capture the unique charm and stop-motion animation of Pui Pui Molcar. Almost in response to this, and to the people who have made their own out of love for the anime, it has been announced that a first round of mini plush Molcar are on the way soon.

In this first wave of plush Molcar, five different designs will be sold in blind boxes in stores nationwide. These Molcar designs are based on those that feature prominently within the anime’s early episodes, such as the police car Molcar and the ‘main’ Molcar featured most prominently in promotional material, apparently called Potato. These are clearly early in development and produced in response to the show’s success as no images of the plush Molcar beyond concept designs have been released, but these will supposedly measure 8 cm in length.

The plush Molcar can be purchased in individual blind boxes for 990 yen each, or as a complete 5-pack box featuring all the available designs for 4950 yen. ‘But surely 4950 yen for five plush toys about the size of the palm of your hand is too expensive,’ I hear you cry, and to that I say that this writer is already looking into ways to ensure they can get their hands on a full set.

Luckily, alongside being sold in stores, they’ll be available to pre-order from Eicorett from Friday. The downside, however, is that in-store availability and shipping on pre-orders is not expected until May, but I’m sure they will be worth the wait.