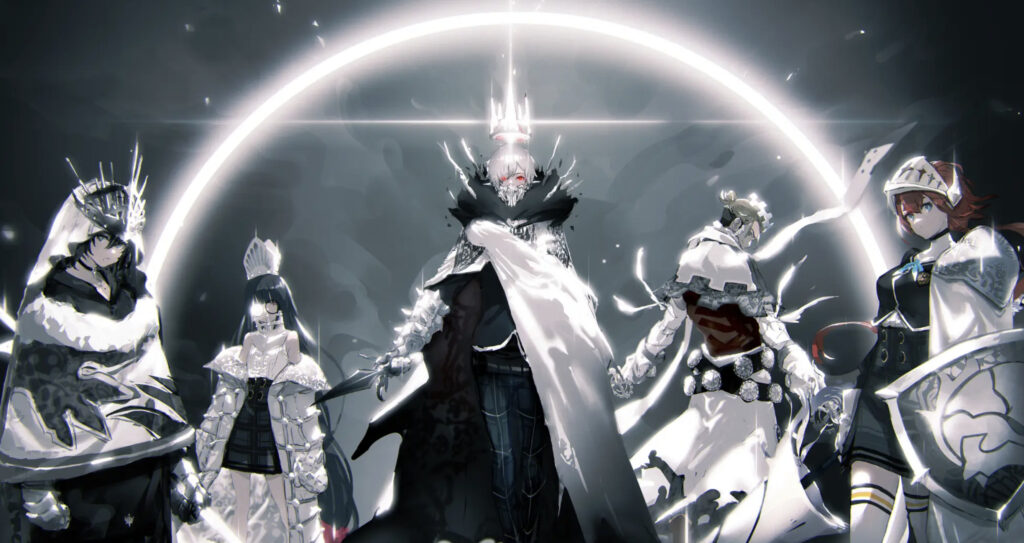 With the all-star staff list for the upcoming original JRPG IP from former Shin Megami Tensei developers revealed earlier this week, the first trailer for Monark has been unveiled ahead of the game’s release in Japan later this year.

With the likes of Shin Megami Tensei: Digital Devil Saga writer Kazunari Suzuki, Ryotaro Ito, Tsukasa Masuko, and Aya Nishitani all involved, Monark already looked like a game to watch for its talent alone. Since the initial teaser, we now know more of the staff involved in the project, which includes character designs by so-bin (known for work on the Overlord novels) and background music from Tsukasa Masuko. Today we received a first trailer for the game and more information on what to expect from this mysterious new project.

The scenario of the game centers on an in-school organization known as the True Student Council that investigates paranormal activities in their school that keep it isolated from the outside world and are sending people mad. The story itself features four different routes for the different characters, leading to several different endings depending on which story you follow.

The first trailer for Monark gives a greater idea on what this could entail, with a rather appealing blend of school student and dark fantasy elements, as we see students like Nozomi Hinata in battle with raging demons and hanging about in the corridors of the school. The designs are all appealing, varied and heavily anime inspired, defined with muted aesthetics that give them a unique appearance.

Players will need to involve themselves in school life in order to improve their stats for battle. Battles are turn-based with free movement around the arena of battle, while players will also have the power of ego that they will need to control in order to use more powerful techniques. They’ll need to carefully manage this meter, as letting it go too high can send players into a state of madness that causes them to attack friends and foes for a few turns before becoming temporarily unable to fight. This power manifests in a customizable demon.

Monark will release on PS4, PS5 and Nintendo Switch on 14 October. NIS America will be bringing the game to the west on the same platforms and PC in early 2022. You can find out more over on the game’s official website.