The recently departed Monkey Punch has left us with quite the legacy. Creating the original Lupin the Third manga has made him one of the most beloved creators of all time in Japan. Many of us here love love love Lupin and have written extensively about its impact and significance. Passing at 81, he wasn’t exactly young though, and Monkey Punch was no longer drawing manga on a regular basis. However, up until his death, he was still an active and mighty fine illustrator. It turns out one of the final projects he was working on was a series of illustrations based on DC Comics characters. The first to be released is of Shazam, coinciding with the release of the film Shazam! 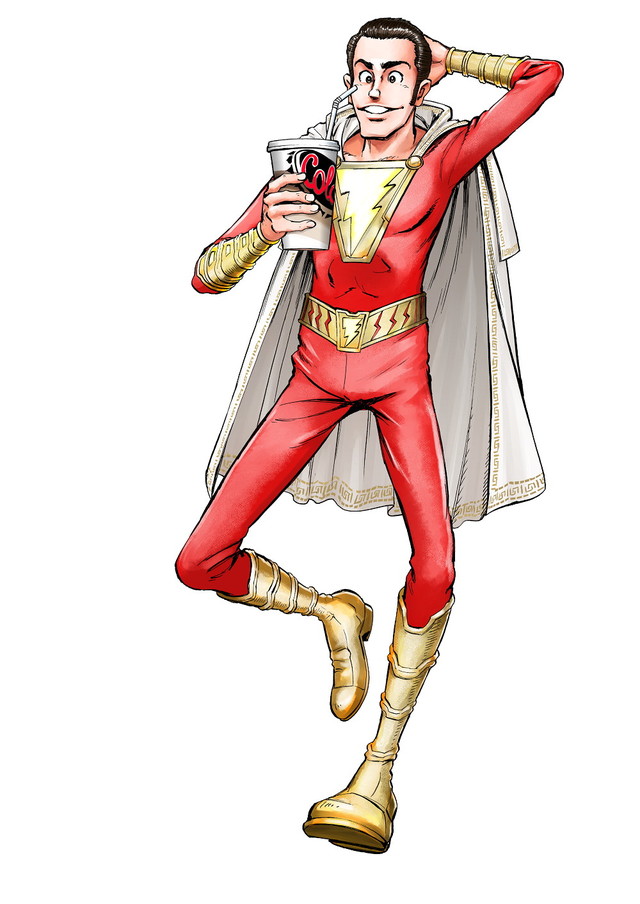 It’s actually a little weird for me to call Shazam, well, Shazam. Real DC heads know that the character, for a long long time, went by the name ‘Captain Marvel’ dating all the way back to 1939. Shazam was the word the formerly named Captain Marvel spoke to turn into his super-hero self. Of course, Marvel introduced their own Captain Marvels over the years and, after a multi-million dollar lawsuit, now has the unique claim to the name. Real DC heads should also be happy to hear Monkey Punch, while full details haven’t be released, illustrated the likes of Batman, Supergirl, Aquaman and more before his pass.

These illustrations don’t mark the first time a manga creator has illustrated for American comic book characters. Years before the Marvel craze, Knights Of Cydonia’s Tsutomu Nihei created a five-issue miniseries based on Wolverine called Snikt!. Yusuke Murata, the extremely talented artist behind One-Punch Man, has done a number of official Spider-Man illustrations over recent years too. Not to mention the fact that there’s been more than one Batman manga over the years, originally dating back to 1966. Monkey Punch’s illustration of Shazam joins a long legacy of Eastern and Western collaboration.

Shazam is in theaters now! Monkey Punch’s other DC character illustrations will be released starting in June.