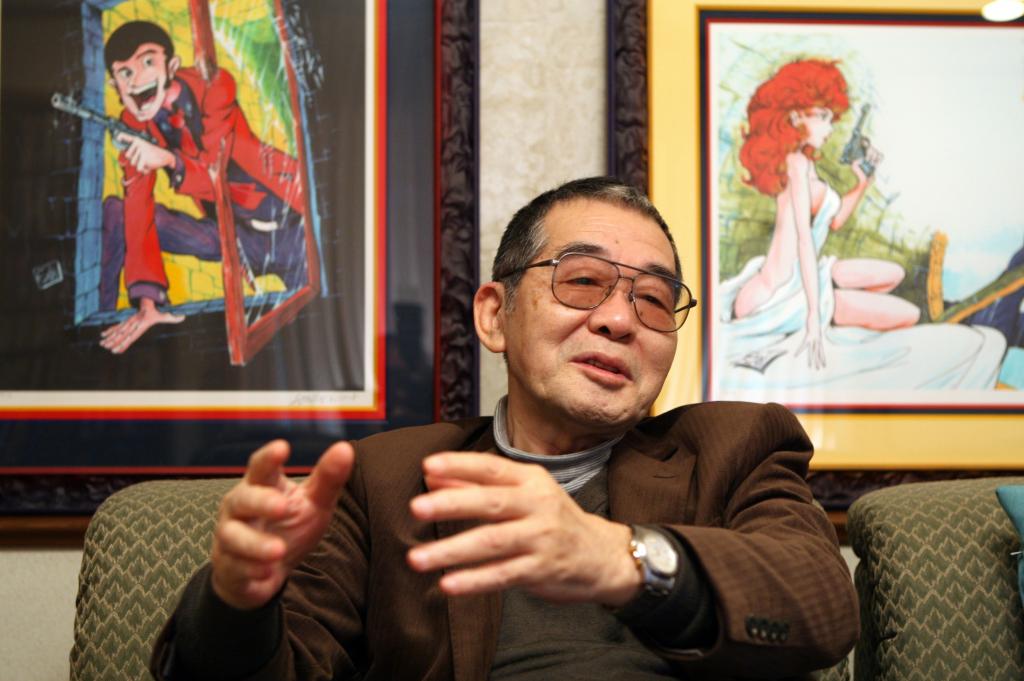 If you told the young Monkey Punch when he got started with the manga industry in the early 1960s that over half a century later, they would still be making tv anime and films based on one of his creations we doubt he’d believe you. Getting his start releasing short stories from 1962 and regular serializations in 1965, Monkey wouldn’t hit it big until cribbing France’s historical character Arsene Lupin for his own manga stories. Loosely inspired by the literary classic, Lupin The Third took the manga world by storm, and by the 1970s the likes of Hayao Miyazaki would be working on bringing the gentleman thief to life in Animation.

Born Kazuhiko Kato in Japan’s northernmost region of Hokkaido and growing during the war, and its aftermath years, Monkey Punch beat a whole lot of odds to get to his level of success. He drew comics for his school newspaper as a teen and moved on to creating Doujinshi before becoming a pro mangaka. He went on to become a professor of manga at several universities and enjoyed life as one of comic’s most influential creators of the last 50 years.

He’s stated in interviews he was influenced by the likes of Sergio Argones who did lots of invaluable work in classic Mad Magazine and, even though Lupin isn’t filled with fart jokes and weird caricatures of celebrities, there’s a ton of playfulness to the comedic undertones in his manga. Whether we’re talking the Monkey Punch manga, the various TV anime, or the films, the best Lupin stories all bring out Lupin’s jovial and carefree qualities that make any of his capers as fun for you the viewer as they are for him.

Of course, Monkey Punch has dozens of other titles to his name, as he was regularly illustrating up till his death in 2019, but Lupin ended up being that man’s life work. He even directed one of its many film adaptations, the 1996 Lupin III: Dead Or Alive as well as working on the script for a 2014 live-action film. The type who had to create, create, and keep on creating we think he’d be happy to know his work will continue to go on even though he’s no longer with us.

Lupin The Third has passed the half-century point and as one of anime’s most beloved franchises, it still shows no sign of slowing down. Monkey Punch started drawing Lupin all the back and in 1967 via the pages of Weekly Manga Action alongside other now-legendary titles like Shotaro Ishinomori 009-1 and Kazuo Koike’s beloved Lone Wolf & Cub. With the Lupin family of films getting several new entries in 2019, like the stylistic Fujiko Mine’s Lie and the famous thief’s first CG outing Lupin The First, Monkey Punch’s legacy lives on till this day.

While the legacy of Lupin The Third owes its success to more than just Monkey Punch, as a couple of little known animations named Hayao Miyazaki and Isao Takahata cut their teeth bringing its very first anime series to life in 1971 which went a long way for it, we wouldn’t have any Lupin, Jigen, Or Goemon without Monkey. In fact, it’s probable we never would have gotten a Studio Ghibli if anime’s two most celebrated directors didn’t further their partnership making Lupin. Without saying that without Monkey we wouldn’t have The Castle Of Cagliostro either, which despite not being a Ghibli movie is one of Miyazaki’s best.