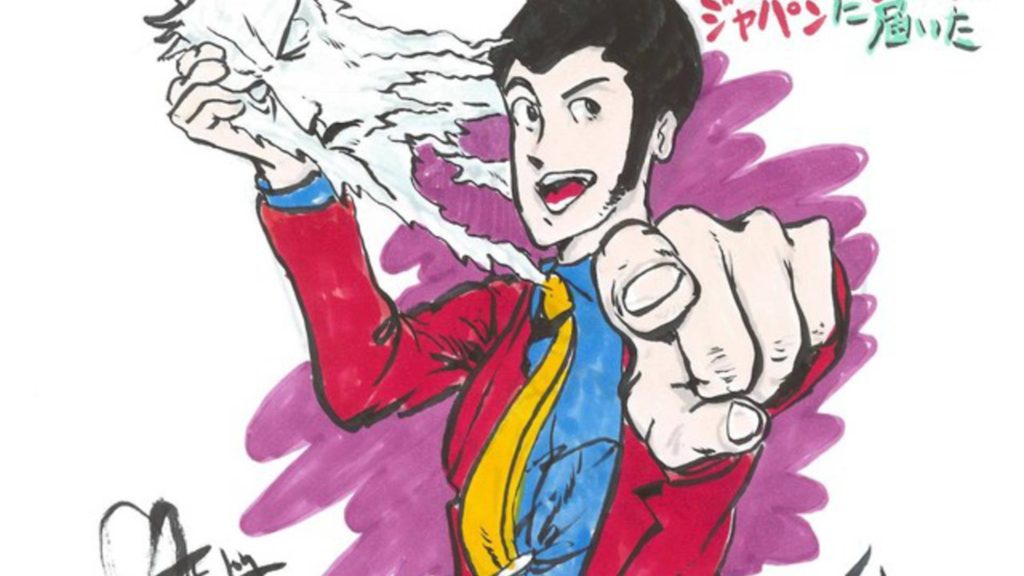 It’s been a fantastic year for fans of Lupin the Third, with the recent Part V finishing it’s broadcast to rave reception only a couple of months ago, and now with the titular protagonist set to make his debut at Universal Studios Japan with a Lupin the Third-themed 3D ride in early 2019. Even original creator Monkey Punch can’t seem to contain his excitement, as he has drawn a special commemorative illustration of Lupin for the ride’s opening – the first time in a long time since he has last picked up the pencil. Check it out below: The illustration takes the form of one of Lupin’s famous “Letter of Challenge” that he likes to send to his victims in order to make things a little bit tougher for himself. The illustration proclaims that “A letter of challenge from Lupin III has been delivered here, to Universal Studios Japan,” and features a cackling Lupin in the bottom right corner who taunts “Can you escape from my trap?” It’s a nice piece of promotional material for the upcoming ride, which is set to open on January 18, 2019, but it’s also going to be used within the park itself as a real “letter of challenge” plastered on the park’s walls, taunting park goers to come and give the new ride a go. Universal Studios Japan always tends to theme their parks well around new attractions, so I have no doubt that this illustration will form a key part of internal theming. Even if you’re not planning to go and give the new Lupin ride a go, it’s still incredible that Monkey Punch is still a great illustrator after all these years. The legendary creator is over 80 years old at this point, and his Lupin has the same expressiveness that he did when he first came on the scene, all the way back in 1967. What’s more, he hasn’t even drawn Lupin since the 1977 manga Lupin the Third – World’s Most Wanted, save for a couple of special occasions. With this year looking to come to a close very soon, my excitement for the new Lupin the Third ride is reaching a new peak. Even Monkey Punch himself says, in a comment attached to the illustration that he is “looking forward to the ride” – but the question remains, will he be giving it a go?
IllustrationLupin IIILupin The ThirdMonkey PunchUniversal Studios JapanUSJ
Join Our Discussions on Discord
Join Now