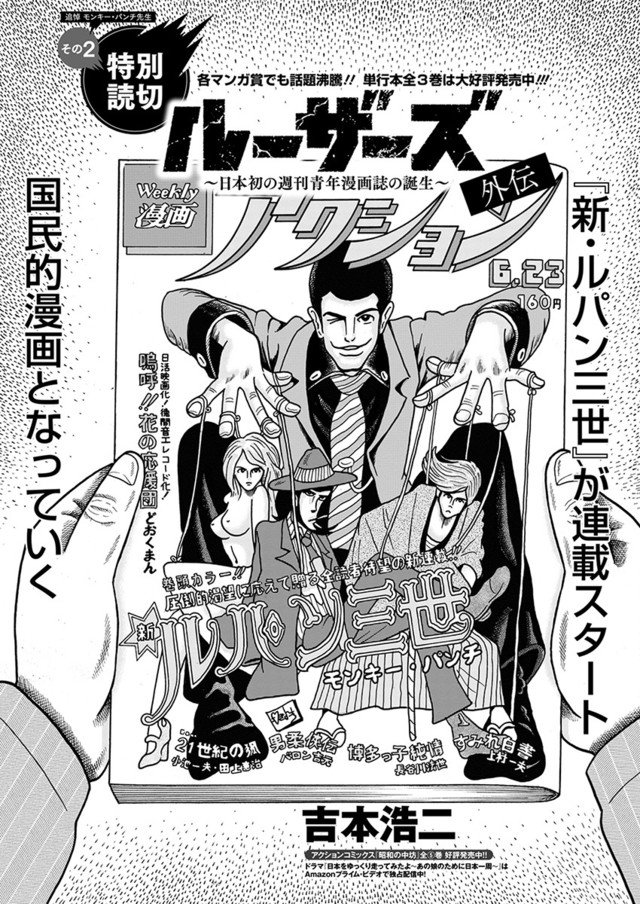 The passing of Lupin the Third creator Monkey Punch earlier this year has provoked much discussion on the importance of his enduring creation, but it must be said that Monkey Punch’s original manga has often been overlooked when doing so. This is a problem, however, that publishers Futabasha hope to remedy by instigating a resurgence in the popularity of the original Lupin the Third manga.

Futabasha own the magazine Manga Action, where the Lupin the Third manga was originally published back when it was a weekly magazine under the name Weekly Manga Action. Nowadays, it’s published fortnightly and dropped the ‘Weekly’ in 2003 to signal so. 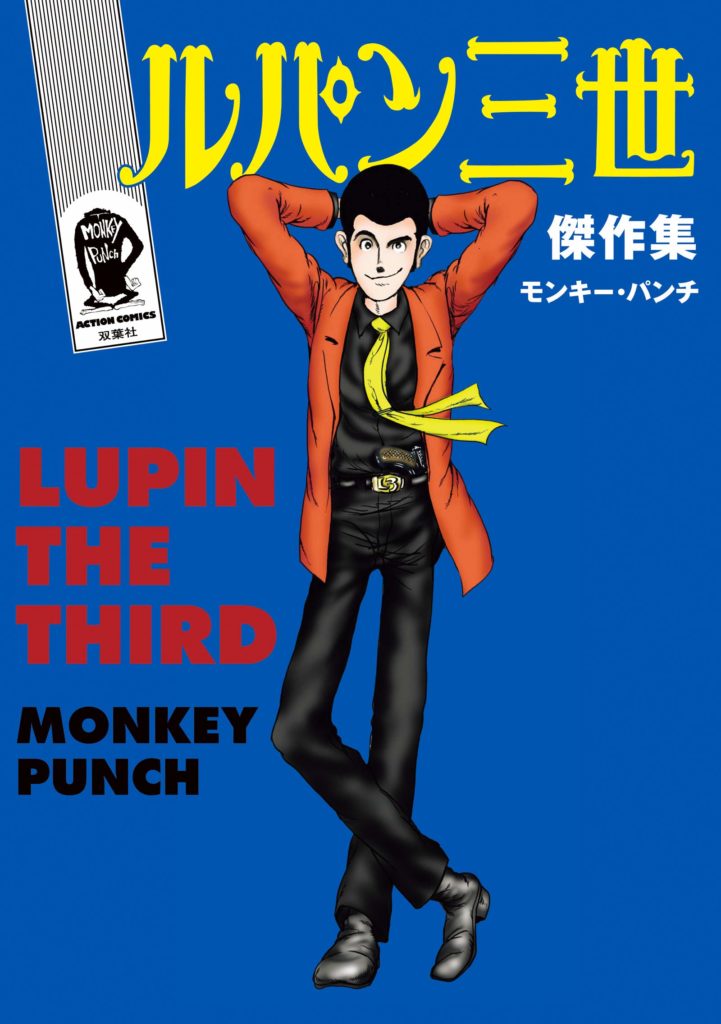 This new Lupin the Third collection is shipping with the tagline “This is the original’s power,” and it seems as if Futabasha really do believe in the power of Monkey Punch’s original Lupin the Third manga, as they’re actually giving it space among the pages of their Manga Action magazine.

This week’s Manga Action saw Futabasha commence a re-run of the original Lupin the Third manga, alongside a re-run of the Monkey Punch and Kazuo Koike collaboration Secretary Bird. Koike was a close friend and rival of Monkey Punch, mostly known for his hit series Lone Wolf & Cub, who also passed away earlier this year.

Manga Action also published a special one-shot by The Untold Story: How Osamu Tezuka Created His ‘Black Jack’ author Koji Yamamoto depicting the ‘youthful days’ of Monkey Punch and how he created the original Lupin the Third manga.

This one-shot, titled Losers: The Birth of Japan’s First Seinen Magazine Gaiden, is definitely worth checking out if it comes anywhere close to the quality of The Untold Story, which won big at the 2014 ‘Kono Manga ga Sugoi!’ Awards and comes at the recommendation of Weekly Shonen Jump editor-in-chief Nakano Hiroyuki.

Depicting the birth of Lupin the Third, as well as publishing new editions of the original manga should hopefully spark a resurgence in interest for Monkey Punch’s manga. If this goes well, then we might also be getting some new editions of other Monkey Punch manga, perhaps drawing together the many one-shots he did over the years.

Quite cynically, you could just call this ‘cashing in’ on a creator’s death, but recognizing the importance of the original manga and being able to judge it on it’s own merits, separate from the anime it inspired, is the least we can do to honor Monkey Punch’s memory. Looks like we’ve got some reading to do.