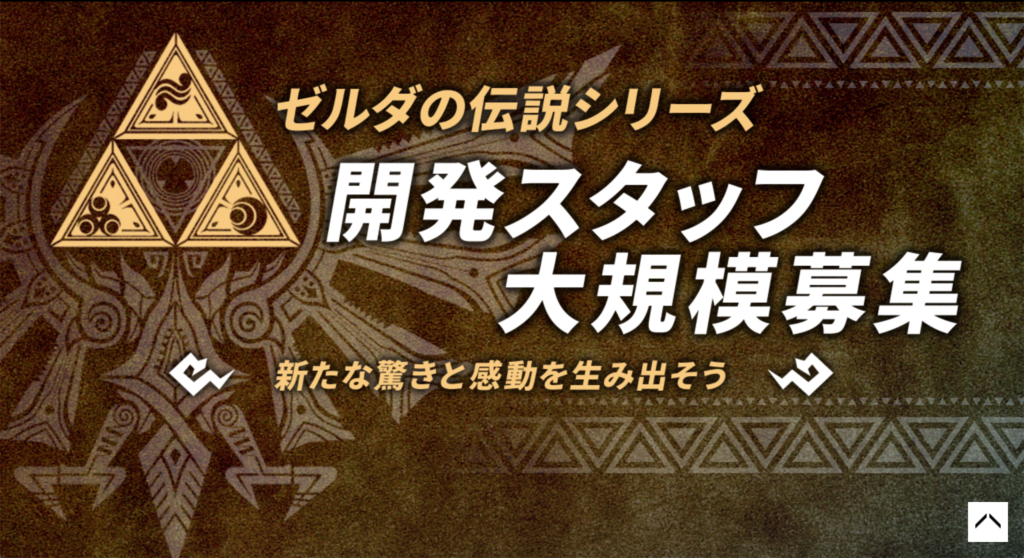 This shouldn’t come as a surprise to anyone, but Nintendo probably has a new Legend of Zelda games in the works. But while the Kyoto-based gaming giant hasn’t announced anything yet, a recent job posting on developer Monolith Soft suggests some definite movement. Shared on the company’s recruitment page, Monolith Soft currently has positions open for a number of different key roles.

No details were shared on the currently unannounced Legend of Zelda game, but these are definitely some big roles to be filled. Specifically looking at the field of main character designer and level designer, it’ll be interesting to see what direction things head. In the past Monolith Soft have worked closely with Nintendo on titles such as The Legend of Zelda: Skyward Sword, Animal Crossing: New Leaf, Pikmin 3, The Legend of Zelda: A Link Between Worlds, Splatoon, The Legend of Zelda: Breath of the Wild, and most recently, Splatoon 2. Because of this long-running relationship, it’s no surprise to see that they’ll be working together once more, though I’m sure the fact that this is our first real detailing of a new Zelda game will be enough to get most excited.

With several spots available, those with interest in working in the video games industry, and in particular on a new Legend of Zelda game, can check out Monolith Soft’s recruitment page for further information via their official website.