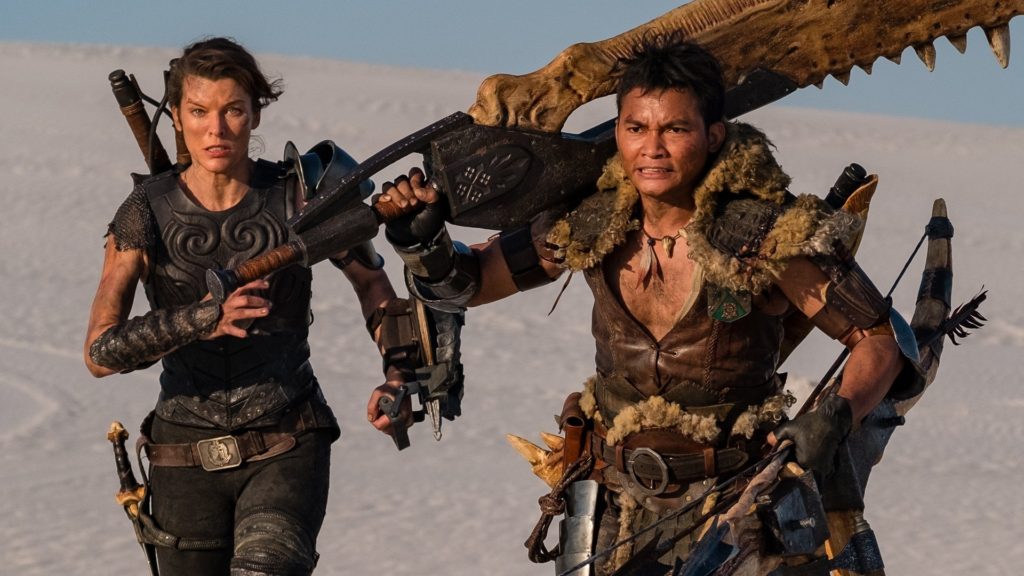 While there is still a number of questions I’d like to see answered about the upcoming Monster Hunter live-action film, it appears that Sony Pictures would rather just present to us the finished product. This comes after news broke that the film is set to hit the silver screen on September 4, 2020, leaving roughly a year and a half between us and the Paul W.S. Anderson-directed film.

Based on the Capcom franchise of the same name, and very much in direct reaction to the recent success of Monster Hunter: World across the globe, the live-action adaptation is the latest from Anderson following his adaptations of Capcom’s other best-performing series, Resident Evil. While this certainly isn’t going to be your ordinary Monster Hunter story, the synopsis of Paul W.S. Anderson’s version can be seen below:

Behind our world, there is another — a world of dangerous and powerful monsters that rule their domain with deadly ferocity. When Lt. Artemis (Jovovich) and her loyal soldiers are transported from our world to the new world, the unflappable lieutenant receives the shock of her life. In her desperate battle for survival against enormous enemies with incredible powers and unstoppable, terrifying attacks, Artemis will team up with a mysterious man (Tony Jaa) who has found a way to fight back.

While I’m sure core fans of the Monster Hunter series remain perplexed as to why a live-action adaptation of the franchise is necessary, it’s worth noting that Paul W.S. Anderson’s live-action Resident Evil films raked in a total of $1.2 billion USD worldwide. Given that Monster Hunter: World is now Capcom’s best-selling game of all time, I’m sure the Osaka-based gaming giant is banking on similar success here too.

Set to release in theaters on September 4, 2020, those interested in checking out further details on the upcoming live-action Monster Hunter film can check out our full archive, here.