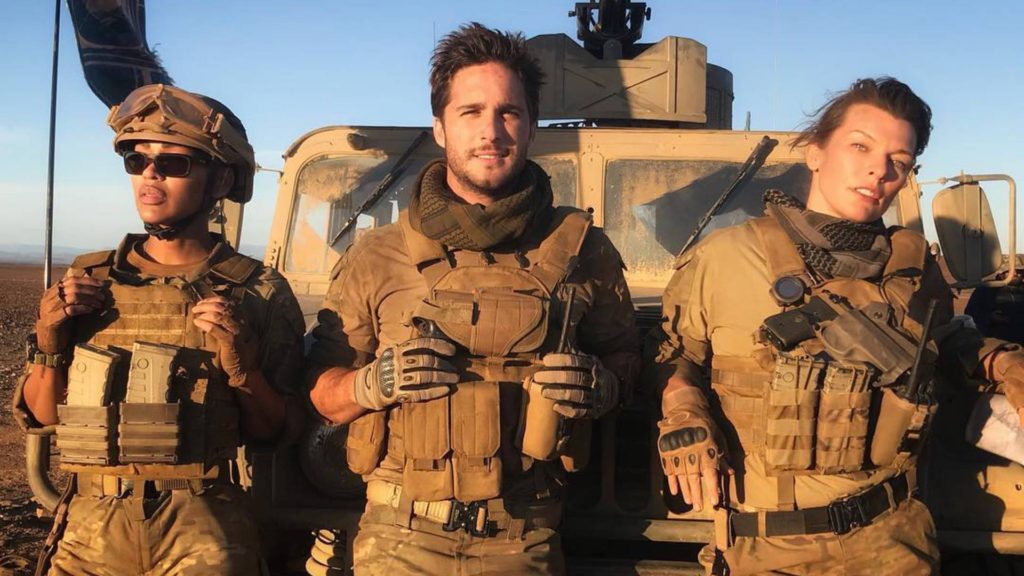 While there’s still a lot of debate online about why we actually need a live-action adaptation of Capcom’s top-selling Monster Hunter video game franchise, let alone one from Resident Evil film director Paul W. S. Anderson, there’s seemingly nothing stopping the progress of the movie. This was especially showcased following the reveal of a slew of on-set images from staff and stars of the film, with some of the most visual coming from lead actress Milla Jovovich.

Happy Halloween from Alpha Team, not in costume this year but in UNIFORM! We didn’t get to go trick or treating but it’s a real treat to work with these incredible people on #monsterhuntermovie @meagangood @diego @iammcjin

Showcased in the images shared by Jovovich, we can see that we’re already undergoing a stark “reimagining” of the Monster Hunter universe, where I’m sure we’ll be seeing plenty of military “big gun” action in place of more traditional Monster Hunter weaponry. Though, let me be corrected, there was an image shared on Milla Jovovich’s Instagram that would suggest we’ll be seeing somewhat of an appearance from the “Slinger” from the most recent Monster Hunter World.

Captain Natalie Artemis. Ranger. Monster Hunter. Just a little peek for all the @monsterhunterworld fans out there who were worried the other day. Here is Captain Artemis wearing a “slinger” on her arm. I will also post a pic at some point of some of the incredible MH weapons we’ve recreated for the film. #monsterhuntermovie #monsterhunterworld #tankwadiary

While there’s still a bit of time standing between us and the upcoming Monster Hunter live-action film, which isn’t set to release until 2020, it’ll be interesting to see how this all progresses, to say the least. We’ll keep you updated when further information is revealed.