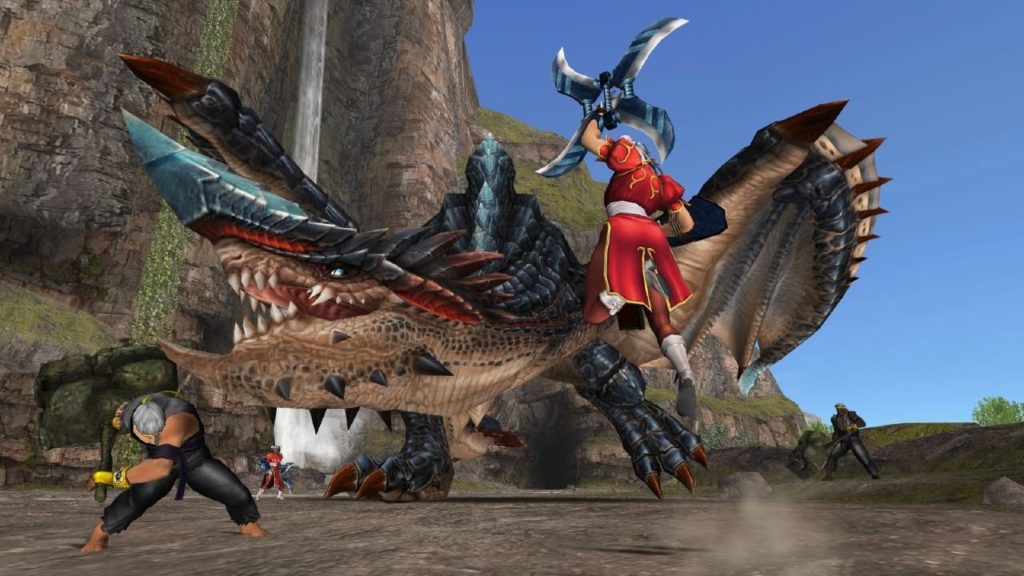 For anybody reading this who is at all familiar with the structure of an MMO, I’m sure you’ve at some point heard of the end of time. For those unfamiliar? Well, this moment in online history is marked with the end of service, an MMO enjoyed by many, with hundreds of thousands of hours of playtime coming to an end. When you first boot up the loading screen of any MMO, it’s not something that will necessarily cross your mind — as someone who used to enjoy more than my fair share of MMO’s, I don’t even want to begin to think of the sheer amount that have ceased to exist in the years that have passed. But yesterday, for the players of Monster Hunter Frontier, the Asia-exclusive MMO tied into the world of Monster Hunter, they experienced just this.

Originally launched in 2007 on PC in Japan, and later in 2010 on Xbox 360 in Japan, the game had its fair share of loyal players. While I’d be lying if I said I was one of them, I do remember eagerly trying to find a way to get around the game’s Asia-exclusive IP-blocking when I was still in high school. With that being said, the game ran for 12 years, not a bad lifespan for an MMO, but definitely not one which I feel most players saw coming when they first purchased their subscriptions. But 12 years after its launch, CAPCOM obviously saw it as an appropriate time to bring the game to an end — something which is always devastating for any community. You see, when an MMO comes to an end, it’s not just the servers that shudder, it’s the community, the friendships, and the playtime of all those that enjoyed the title that comes to a close as well.

In a moment that was captured, as well as captioned, perfectly by Japanese Twitter user @michsuzu, the end of Monster Hunter Frontier came on December 18, 2019, just after 9:00 pm. In the final minutes of the game’s online status, you can easily see a community of hunters gathered, bidding their final farewells to a game they obviously cared enough about to log-in for. The caption shared by @michsuzu encouraged people playing Online Games to try doing so, not just as their own gender, but as another gender for their avatar in the hopes of seeing the (online) worldview of someone else; whether that be the ease of playability for male characters or the oft-met harassment experiences for those playing as female characters. Check out the final moments of the game’s life below:

I’d like to reiterate all this by saying that in my prime, I played more than just a few MMO’s simultaneously. These days I’ll occasionally log into a title like Final Fantasy XIV for my share of online interactions, but the genre definitely holds a place close to my heart. While I may not have been a part of the community, watching videos like the above-embedded definitely resonate close to heart; it really is the end of an era for a whole community of players — regardless of how large or small. Here’s hoping they can all meet once more in another world, whether that be online or offline.