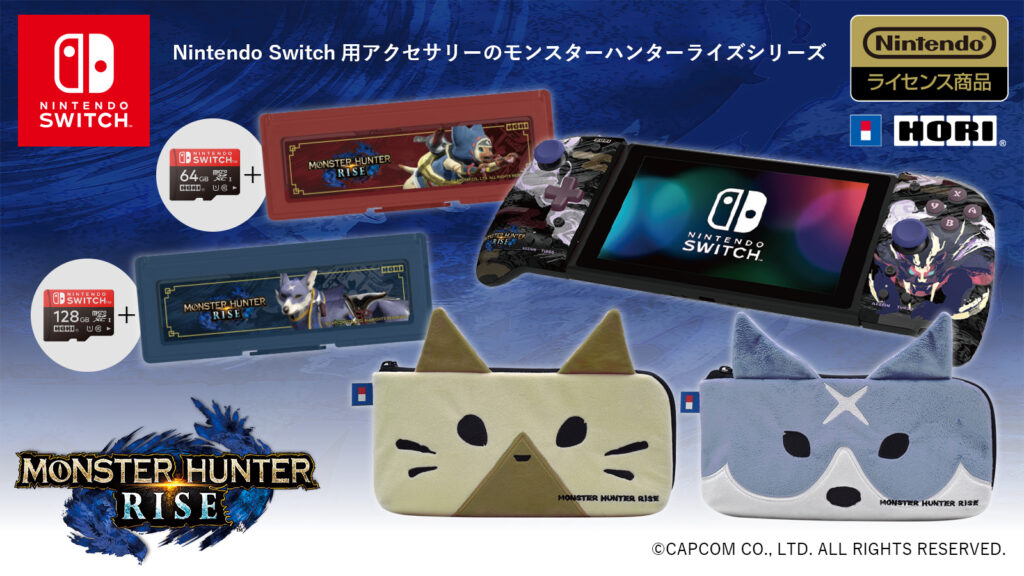 For starters, Capcom and Hori announced one of the coolest things that I have seen for the Nintendo Switch system: Monster Hunter Rise grip controllers that exponentially make the system more comfortable to hold. Very useful if you’re going to be going on some hunts on the go. The comfort grips will set you back a comfortable ¥5,478. A price that is a lot cheaper than I thought they were going to be.

Next up they announced a series of cases that are themed after Palico or Palimute. They have a fuzzy exterior and will keep your console safe on the go. There are versions for both full-size Switch and the Switch Lite. Each case will run ¥2,178.