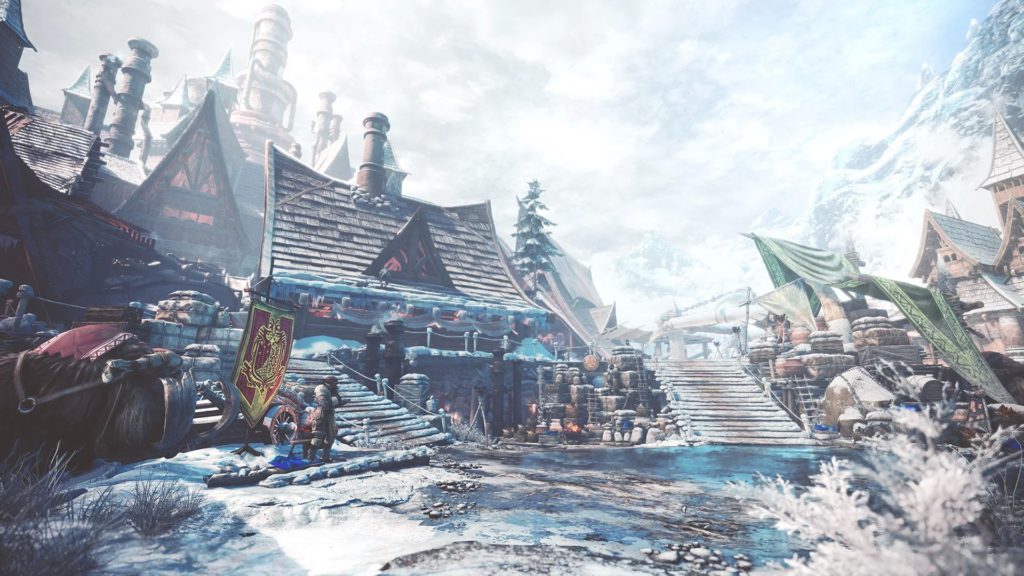 We’ve already been given a recent fresh look at what we can expect from Monster Hunter World‘s upcoming “Massive Expansion DLC” Iceborne in an action-packed trailer, but now it’s time to see what the hunters are really up to. In a new Story Trailer, we are given a look at the new Seliana research base, a location for players to restock and take on new quests in this icy wonderland. Players are also introduced to some of the anomalies that we’ll encounter, including the Legiana’s migration, the appearance of a Tigrex in the new world, and the existence of a powerful elder dragon, the Velkhana.

There’s a multitude of reveals throughout this trailer, including the ability to ride Jagras around the map, the Velkhana’s massive area-of-effect ice attacks, and the teased appearance of the Glavenus from Monster Hunter Generations. Each trailer so far has ended with the cry of a specific unrevealed monster, who is then shown in battle during the next trailer. For instance, the Monster Hunter Freedom Unite flagship monster, the Nargacuga was teased in December and revealed last month, and then the Monster Hunter Freedom 2 flagship monster, the Tigrex was teased last month and revealed during this trailer. The Glavenus is famous for its massive bladed tail which can be turned red hot.

So far, Monster Hunter World: Iceborne has revealed a total of six new monsters that will be appearing, and it’s possible that there is still more to show. Capcom has gone to great lengths to supply continuous content for players of Monster Hunter World, and now fans will have six more reasons to return to the hunt, along with an enticing story to tie them all together.

For those interested in checking out further information on the upcoming Monster Hunter World: Iceborne expansion, be sure to visit the game’s official website.