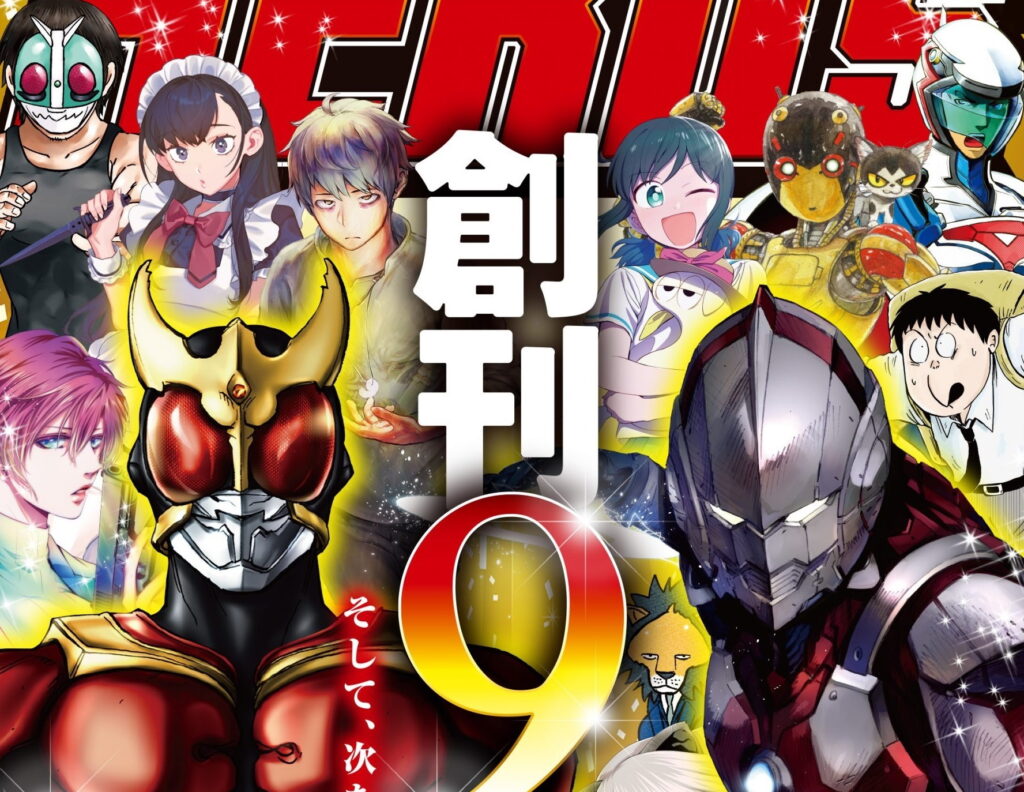 That’s certainly one way to celebrate an anniversary. The latest issue of Monthly Hero’s went on sale today, carrying an interesting announcement: that many of its series would be moving online, alongside a celebration of the publication’s ninth anniversary.

Monthly Hero’s was launched by publisher Hero’s in 2011 and carries in it such series as Ultraman by Eichi Shimizu and Tomohiro Shimoguchi (adapted in 2019 for SOLA DIGITAL ARTS’ Netflix series), Killing Bites by Murata Shinya and Kazuasa Sumita (also adapted into an anime), and Atom the Beginning, a collaboration between Tezuka Productions and Tetsuroh Kasahara. That was also adapted into an anime in 2017, meaning that Monthly Hero’s isn’t exactly an unsuccessful publication.

This puts it in contrast to some of the other magazines we have seen transition to digital-only publication, such as Manga Goraku Special. Usually, this decision is taken due to a combination of floundering sales and prospects for renewal, but Monthly Hero’s appears to be in a much stronger place. Indeed, we don’t have the numbers to prove it, but one can imagine that all of those recent adaptations boosted the magazine’s profile quite a bit.

The answer, then, can be found in the exact nature of Monthly Hero’s digital transition: it will not be abandoning physical editions all together, but merely reworking the line-up. Ultraman, Kamen Rider Kuuga, Atom the Beginning and other select series will be published in a “special edition” of the magazine simply titled Hero’s!! next month, while those series and the rest of the line-up will also be uploaded to Comiplex. So the physical edition of Monthly Hero’s remains for those who want it, while digital will be the focus going forward.

Hero’s!! will also come with a build-to-order Ultraman figure and mask case, so it seems as if the physical magazine is more for merchandising than anything else. Regardless, Monthly Hero’s sudden digital transition is a stark reminder of where the industry is headed – whether we like it or not.