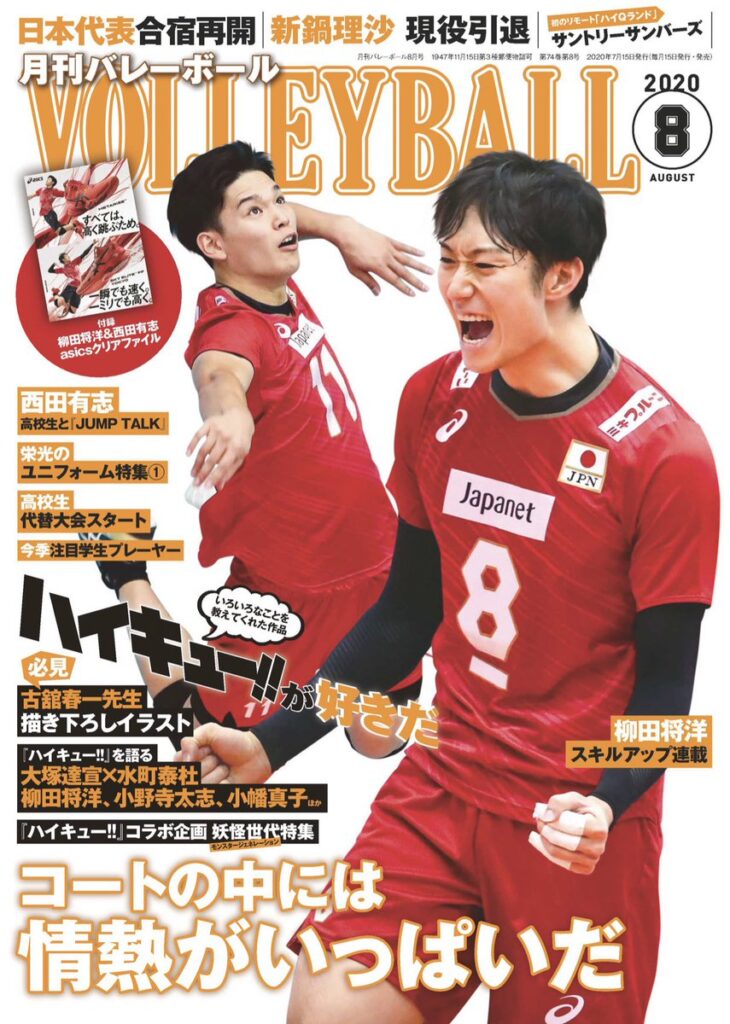 Haruichi Furudate’s Haikyu!! volleyball manga may be coming to an end in next week’s Weekly Shonen Jump, but its influence will last far longer than the length of its serialization. Released July 15, this month’s issue of Monthly Volleyball contains a special Haikyu!! feature, including interviews with several professional volleyball players who explain how Furudate’s long-running series inspired them to go to new heights. There’s also an illustration from the series’ author, which you can find below.

Interviewed as part of this month’s Monthly Volleyball x Haikyu!! feature are two of Japan’s most promising volleyball athletes: Takanori Ootsuka and Taito Mizumachi. Ootsuka made his debut in the inter-high league in 2018, before entering Waseda University and joining the V League in 2019. Since then, he has made a name for himself as an outstanding outside hitter and is expected to be picked for the Olympic team in the near future.

Mizumachi, on the other hand, made his debut in the inter-high league in 2017 and was chosen to be captain of his team in his second year, which is highly unusual. He quickly made a name for himself as a superb wing spiker and graduated in 2019 as one of the best high school-level athletes in the country. He is also currently playing at Waseda and is considered, along with Ootsuka, to be one of Japan’s future Olympic hopefuls. 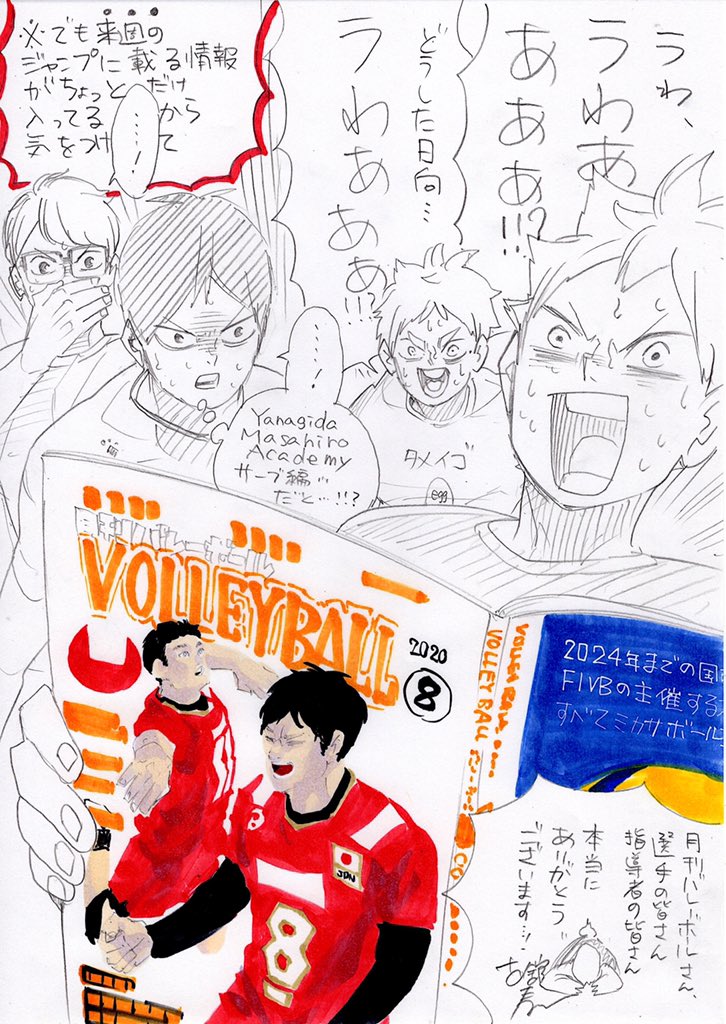 All of that is to say that Monthly Volleyball has gathered some serious talent for its Haikyu!! feature. In the issue, both Ootsuka and Mizumachi talk about how they “grew up reading (the series)” and how it influenced them; they’re not the only ones, either, as Masahiro Yanagida of the Suntory Sunbirds is there alongside Akihiro Yamauchi and many others. You can check out the full line-up via the official website.

Clearly, teaming up with Haikyu!! has done Monthly Volleyball some good, as publisher Nihon Bunka has been forced to order additional reprints. This no doubt stems from the huge fanbase that the series has built up over eight years, but also has something to do with the interesting nature of the topic. Just as shonen manga can inspire some people to get fit and get in shape, so too can professional athletes find satisfaction in the journey of Hinata, Kageyama, and co.