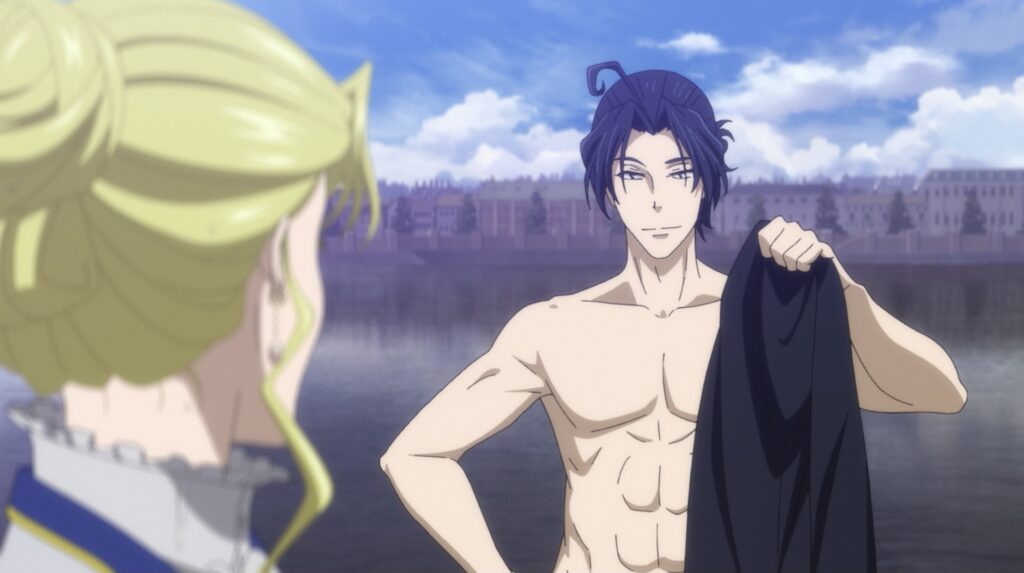 After a brief absence, Part 2 of Moriarty the Patriot is now underway, with episode 12, ‘A Scandal in the British Empire Act 1’, providing the start of a new story arc. The new arc ties together the sparks of a rivalry between Moriarty and Sherlock, ignited at the end of the first season of the show with a common target: Irene Adler. While they had crossed paths before as we reached the episode of the first cour of the anime, most notably in the season finale, their shared interest in Irene Adler put them on a direct warpath against one another for the first time.

With the expectations of classic Sherlock vs Moriarty battles behind the series, as the show heavily leaned into their rivalry in promotional art for this new arc, is Moriarty the Patriot episode 12 able to deliver on the expectations it set for itself?

A Scandal on Multiple Fronts 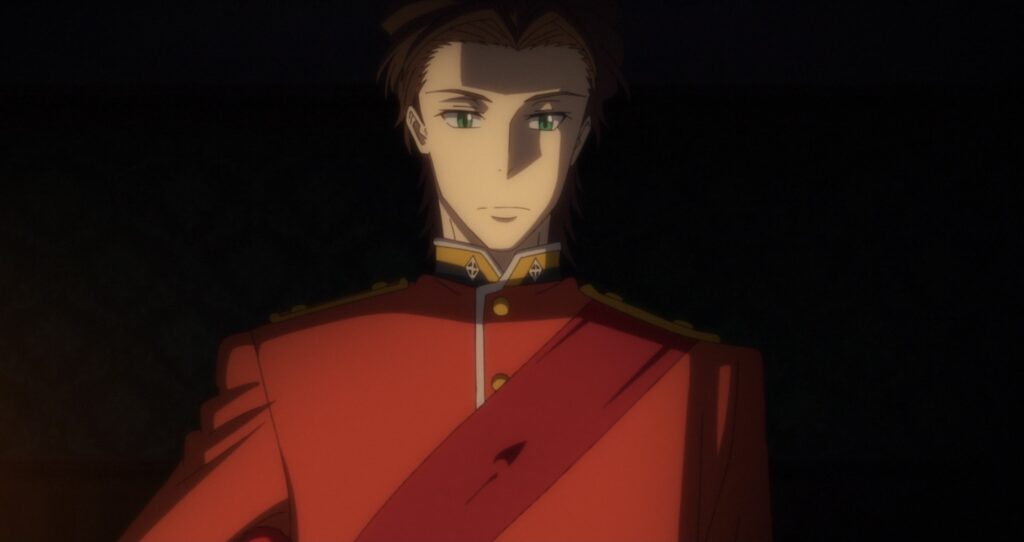 ‘A Scandal in the British Empire’ is the name of this new storyline, and the gravity of the scandal is made clear from the very start of the episode through comments made by Sherlock’s brother, Mycroft. His character was a surprise introduction teased at the very end of the last cour as a cliffhanger to leave audiences on tenterhooks for the upcoming second part of the anime. His importance is made immediately apparent thanks to his role in the highest echelons of the British government and the necessity to deal with this latest scandal that could threaten the British Crown itself.

What is the scandal? That we don’t know, yet. But we are told that it’s more grave than documents and the need to get these documents back from a woman known as Irene Adler, a former actress with links to both nobility and the criminal underworld. To go about this mission, William Moriarty, a Lieutenant Colonel in the British military despite his links to Moriarty, is summoned by Mycroft to retrieve these papers and dispose of Irene, while Mycroft separately warns Sherlock simply to beware of women. Thus, Moriarty and co undertake a mission to take out the women and accomplish this task. 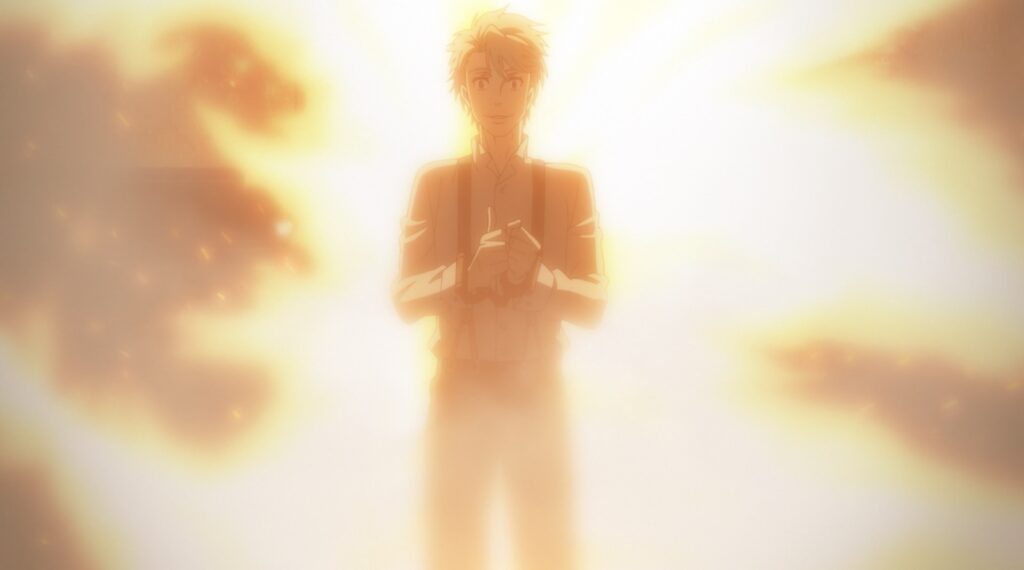 Sherlock’s involvement with the women comes in more scandalous circumstances. Despite this warning, Sherlock accepts a mission from King Wilhelm of Bohemia to take a scandalous photograph from Irene Adler with the promise of £300 and a further £700 after the photograph was retrieved, after being lulled into a false sense of security that they were the real deal. In actuality, this was an attempt by Adler to worm her way into Sherlock’s life, further complicating the missions of both Sherlock and Moriarty.

Moriarty the Patriot episode 12 wasted no time reacquainting audiences with characters to dive straight into the action of the episode. As the focus of the story arc, the strength of this episode relied on the portrayal of Irene Adler, and her characterization as an intelligent woman able to give even the brightest minds like Sherlock the runaround. Also, using her status in society as a woman in Victorian Britain to her advantage is handled excellently within this opening episode.

What’s particularly welcome is how the series introduces a rivalry between her and this series’ far-younger Miss Hudson and how the romantic interest side of her character is played up strongly within the episode. We see Sherlock acquaint himself and begin to feel some emotions for this woman who has rather unceremoniously woven her way deeply into Sherlock’s life. 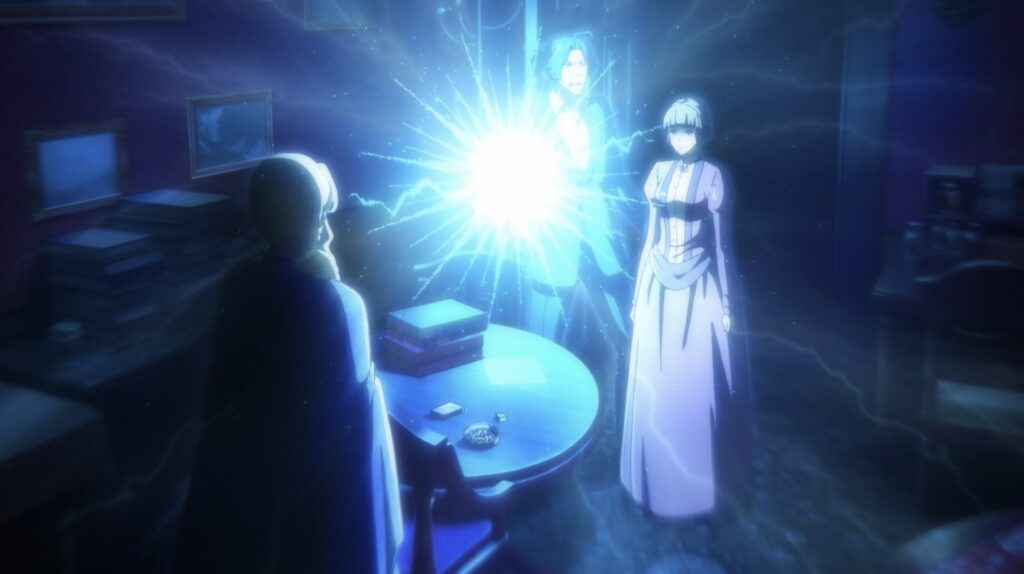 The arc being adapted at the moment in the manga is based loosely on the Scandal in Bohemia storyline, where Irene Adler made her sole appearance in the stories from Sir Arthur Conan Doyle. It was only in derivative adaptations where Irene was transformed from a single-story character into a major romantic interest. It remains to be seen whether the series will continue the trend set by adaptations to turn her character into a major component of the series that can play heavily into Sherlock’s rivalry with Moriarty thanks to the link she holds between them.

I rather enjoy her characterization in this series so far, and the establishment of a clear rivalry with Miss Hudson gives me hope she will outlive this story arc. How far she will be involved remains to be seen. 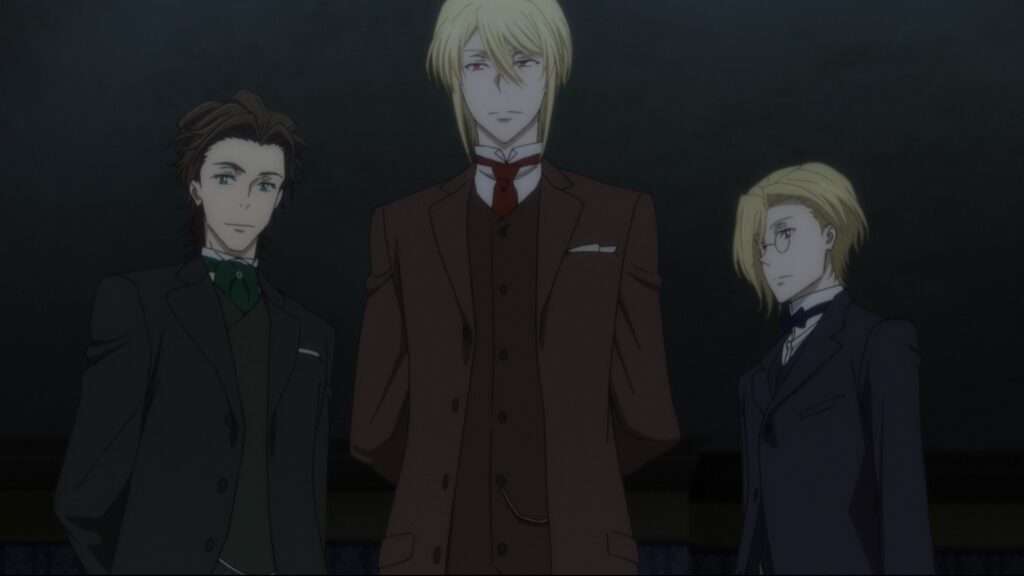 Irene Adler’s character provides a strong representation for my overall thoughts on Moriarty the Patriot episode 12. There’s potential for the series to surpass the strongest moments of its first part through the intensification of Moriarty’s rivalry with Sherlock and the spanner in the works that Irene Adler and Mycroft Holmes provide. This is a strong episode for how it sets up this new arc.

At the moment, everything is just speculation, but I have confidence that this anime will only go from strength to strength as the season rolls on.

The first episode of Moriarty the Patriot Part 2 has received an early premiere on Funimation.