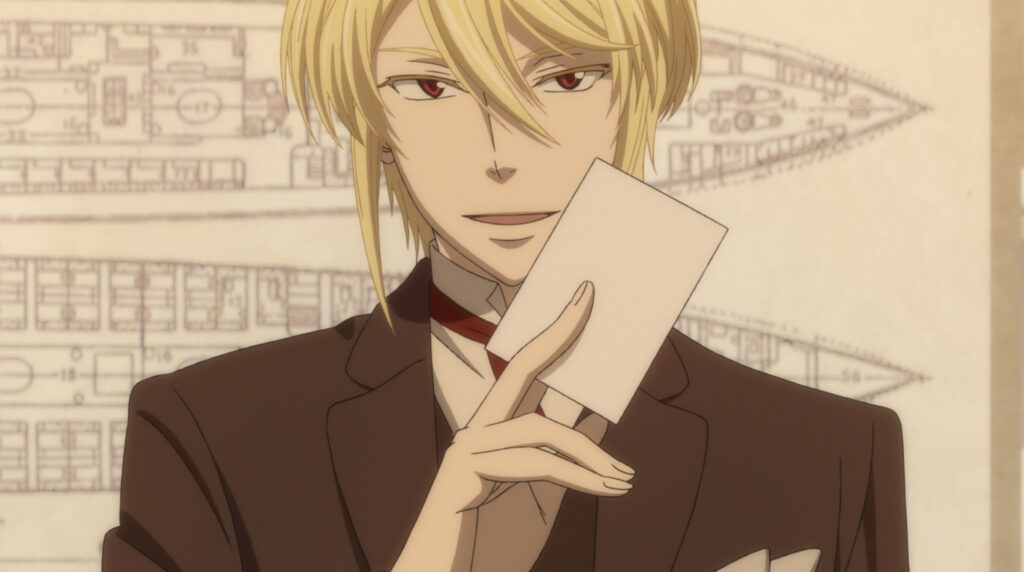 I’ve checked in with my views on Moriarty the Patriot twice since the anime began airing in October. My opinions of the first episode were admittedly reserved; the decision to kick the show off with an anime-original episode that lacked an incisive edge was an odd decision that left me feeling somewhat cold. Still, my view on the show had warmed by the time the anime hit the halfway mark, and I conducted a photo tour to showcase the anime’s remarkable recreation of the city of Durham.

Even at that point, however, Moriarty the Patriot had only just reached the halfway point following the premiere of episode 5. With a further six episodes bringing the first cour of this split-cour anime to an end, the playing field has changed drastically from these early moments. For a start, a primary antagonist in Sherlock Holmes himself has been introduced, while the cases themselves have only grown more elaborate. Having previously praised the political core of the anime and the characterization of Moriarty as a force for good, has this held up in the anime’s second half?

A Tense Battle of Wits Between Moriarty and Sherlock 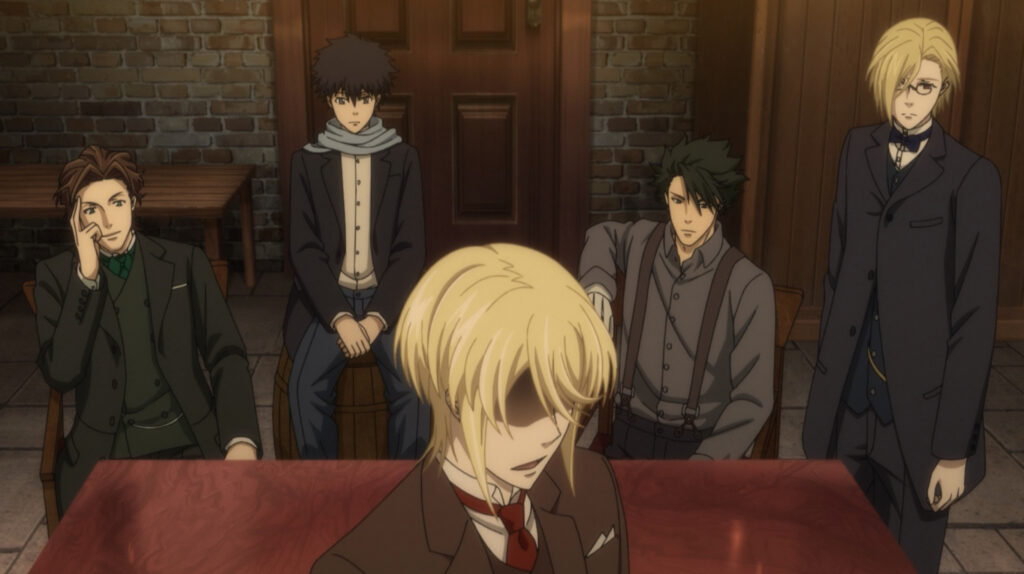 After five episodes, encompassing roughly the first volume of the original Jump Square manga, the protagonist of Moriarty and his gray moral code has been more than established. By this point, we clearly understand and empathize with Moriarty’s single-minded goal to even the playing field by making the aristocrat and ruling class pay for the exploitation of the working class that gives them their wealth and power by any means necessary. He’s more than happy to see a few egregious examples pay the ultimate price, provided he doesn’t have to get his hands dirty.

Most of these capers have been engaging, enthralling even, but they’ve been met with little resistance. After establishing Moriarty’s childhood, each of these episodes solely existed to showcase his methods and ideas, without an opponent. And regardless of your familiarity with Sir Arthur Conan Doyle’s books from which Moriarty the Patriot is based, you know exactly who his opponent is.

Episode 6 brings with it the series’ first two-part adventure on the ship Noahtic, and introduces us to the inimitable Sherlock Holmes. While I don’t find the arc all that exciting (it’s perhaps the weakest part of the season as a whole), the story’s purpose as an introduction of Sherlock is invaluable. 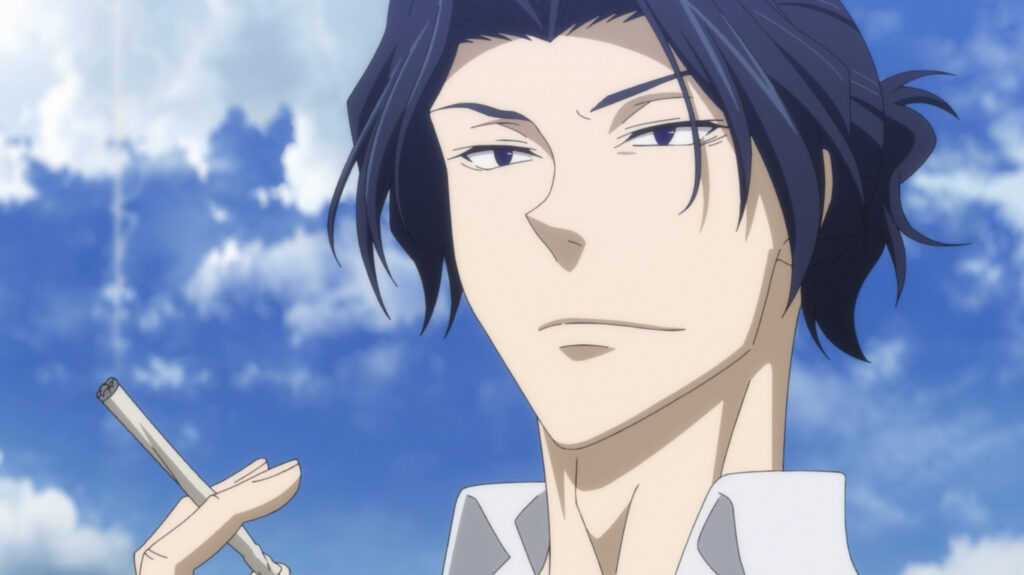 While Moriarty is an engaging protagonist worth following for his methods, it’s the introduction of a rival for his equality-raising schemes that ramp the tension up in the second half of the season. Whereas Moriarty stands against an establishment designed to retain the status quo, Sherlock is painted as somewhat of an opponent to the betterment of society. For all he may seek justice and is pure of heart, his view of justice is naïve in how it upholds justice in the letter of the law and not the moral truth, which arguably perpetuates more injustice than finding a criminal.

It’s a wrinkle to his character, and one that Sir Arthur Conan Doyle’s story and most adjacent media and adaptations rarely, if ever, cover, and it gives this bishounen take on the iconic British detective, a new veneer that you can’t help but be intrigued by. Suddenly the quirks of his intelligence, often played for laughs or loving quirks in other media, can feel arrogant, while his actions feel misguided. Honestly, it’s a storytelling stroke of genius. 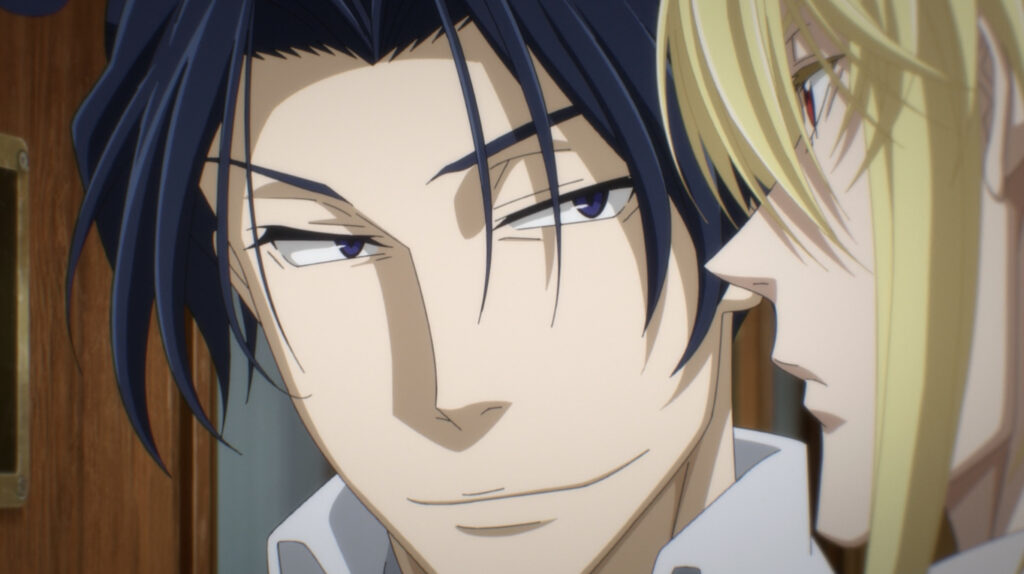 This also helps build the stakes throughout the rest of the season. The final two two-part storylines serve as a way of establishing the cat-and-mouse nature of Sherlock and Moriarty’s dynamic from this new perspective, where he isn’t necessarily the good guy, and it mostly succeeds at this. ‘A Study in S’ takes heavy inspiration from A Study in Scarlet, one of the earliest Sherlock Holmes novels, and while a little weaker than the finale, it does succeed at setting up the idea that every crime Sherlock has worked on from this moment forwards is influenced in some form by the unenviable Moriarty.

Moriarty the Patriot only lifts this further in the two-part finale, when we see the two battle their wits for the first time when they both ride the same train and compete to solve a murder conducted during the journey. The finale gives us an insight into the flaws of Sherlock as a crime-solver and a glimpse at the level of respect Moriarty has for his new opponent. The rivalry suggested by Moriarty, that they compete to solve the crime, isn’t him looking down at Sherlock; it’s a challenge and an opportunity to witness their skills, and a clear sign of respect.

More importantly, every single episode is filled with intrigue on the mystery to be solved and a level of tension that only abates itself when the episode ends. 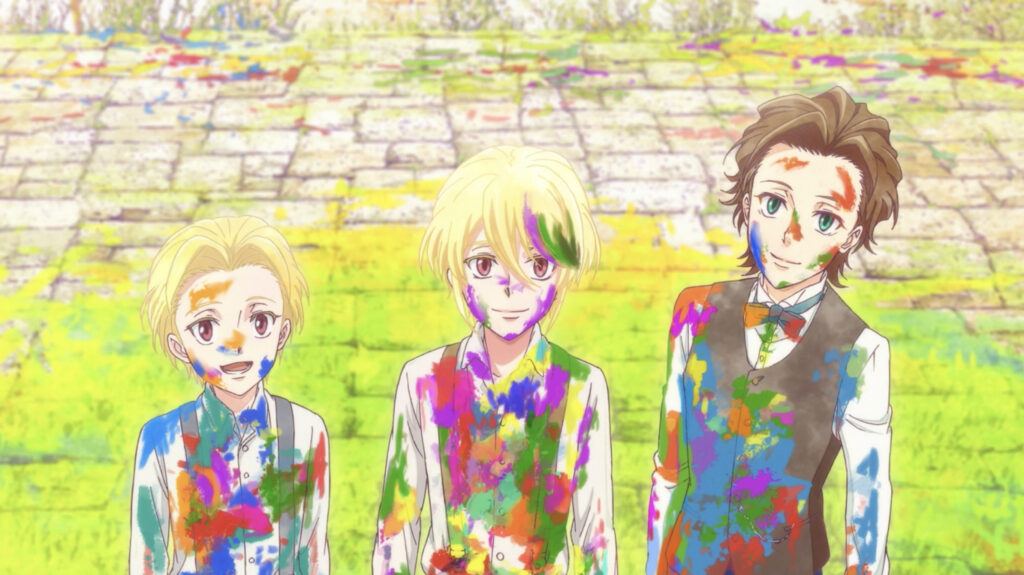 The only area where Moriarty the Patriot can feel a little disappointing is that, for as enjoyable as the series is in the moment, it’s hard not to feel like this entire first cour of eleven episodes is nothing but a prologue for the main event. With Sherlock not even introduced until the halfway point, and their rivalry only fully fleshed out and established by the end of the final episode, it feels like the story is finally gearing up at the moment we learn there’s no more content until April. The cliffhanger doesn’t help matters, either.

Still, the fact that my complaint is that there isn’t more, and not necessarily at the content that exists, is a testament to the anime itself more than anything else. While Moriarty the Patriot may be on hiatus, for now, I look forward to seeing these crimes and adventures resume very soon.