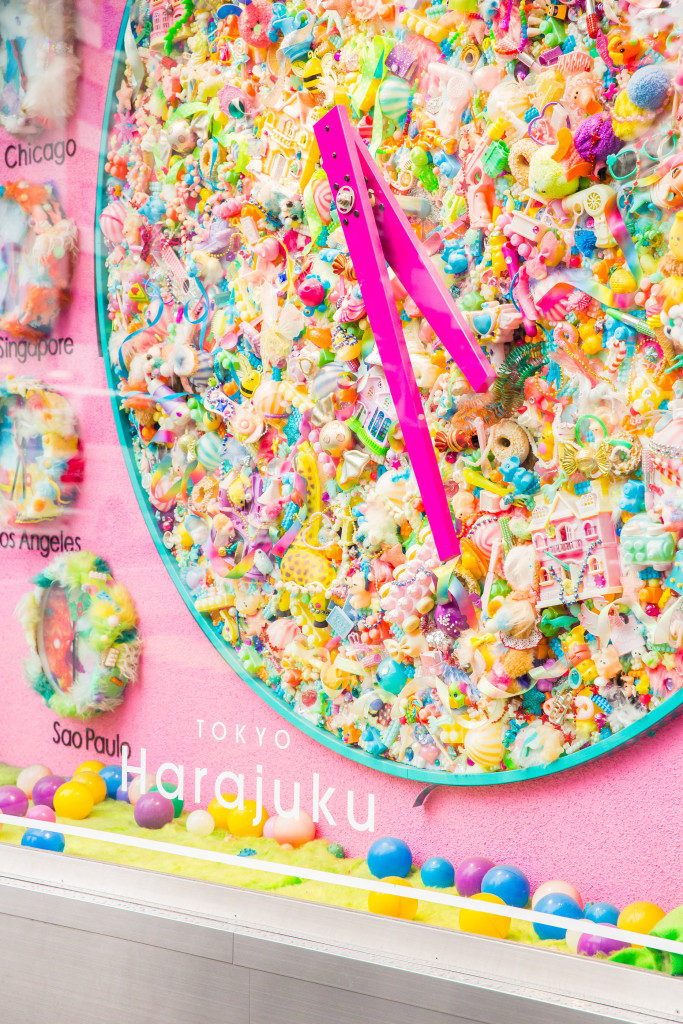 There isn’t a single person in my mind who has walked the streets of Harajuku and not seen MOSHI MOSHI BOX. Whether it was your go-to destination or another eye-catching piece of architecture, the Harajuku-based tourist center has been a staple of the area for over four years now. With its bright colors and ingenious world clock art-installation by 6% Doki Doki creator Sebastian Masuda, today we were met with the tragic news that MOSHI MOSHI BOX has officially closed its doors.

Part of the MOSHI MOSHI NIPPON project, the MOSHI MOSHI BOX existed as a hotspot for tourists in the area to utilize various services such as guidance, currency exchange, baggage storage, and a bunch more. While services like that are somewhat dime a dozen in the Harajuku area now, MOSHI MOSHI BOX was one of the first locations to bring them all together while utilizing local design to bring an authentic flavor to it.

Right now Harajuku is an evolving landscape, and for better or worse, the upcoming 2020 Olympics are commanding some pretty large-scale changes within the area. In the announcement, MOSHI MOSHI NIPPON lauded over the fact that the Tokyo Olympics are only a year away, and now more so than ever before the area is undergoing major construction. While they didn’t give a particular date or time frame, MOSHI MOSHI NIPPON shared that amongst the chaos the “MOSHI MOSHI BOX [is] too biding its time and is waiting for the opportunity to move and undergo renovations in the brand new Harajuku.”

For many tourists, the MOSHI MOSHI BOX served a very specific set of purposes, but for those of us in Japan, it really existed to showcase Sebastian Masuda’s art-installation in passing. It’s clear that I’m not the only one who believes this either, with MOSHI MOSHI NIPPON sharing that there have been many calls for the clock to be preserved, though MOSHI MOSHI NIPPON, unfortunately, confirmed that it would be disassembled — though they couldn’t confirm a date.

So whether it was a helpful tourist hotspot for you or a colorful piece of art to brighten your now-crowded journey through Harajuku, the closure of MOSHI MOSHI BOX is definitely a sad thing. While there’s no telling what they have planned for the “new Harajuku” location in the future, here’s hoping it manages to be just as grand as the current.