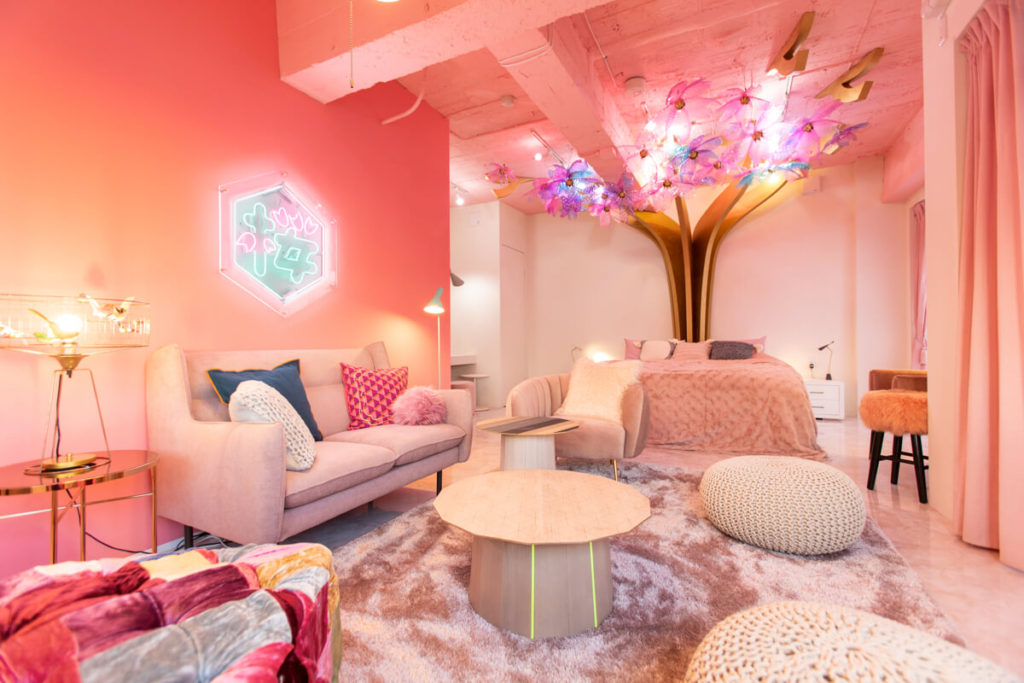 Earlier this week saw the launch of Moshi Moshi Nippon’s all-new “MOSHI MOSHI ROOMS” service via Airbnb that aims to offer some seriously sweet lodging solutions right in the heart of Harajuku. While still in their early stages, the new service will be rolling out a number of new rooms ahead of the Tokyo 2020 Olympics with their first room, “SAKURA”, available for bookings now. Having had the chance to make my way over to the room during development, it’s crazy to see just how quickly and gorgeously the whole project has come together, with the room offering both an extremely comfortable visual and physical touch. Given the recent changes in laws that greatly affected the actual usability of Airbnb in Japan, it’s cool to see Moshi Moshi Nippon teaming up with the service — especially given how essential it is for foreigners looking to travel. Acting as the first of five rooms that are set to open within the building, each with a different theme, “SAKURA” aims to capture its namesake in both beauty and elegance, with gorgeous ornaments hanging over the bed while pairing with the pink color-scheme of the room. Unlike a number of other Airbnb listings in Japan, however, it becomes immediately apparent when entering the “SAKURA” room that they’re opting for legitimate modern design and flavorings over tacky visuals and imagery that so many “Ninja Rooms” will try and offer you. Those modern offerings don’t come cheap though, with the room running at around 36,000 yen a night, though given its location this is pretty comparable to similarly lavish hotel spots in the area. Possibly one of the best parts of the spot though, make your way up just one more floor and you’ll find yourself on the rooftop of the building, which MOSHI MOSHI ROOMS is making available for private parties and barbecues for guests. Offering a gorgeous industrial view of Harajuku and surrounding areas such as Shibuya, I can picture this spot getting a fair amount of use. Though there’s definitely still a lot of work to be done on the MOSHI MOSHI ROOMS building, it’ll be tough to beat the “SAKURA” room when it comes to VIP lodging in the Harajuku area. While we aren’t quite clued into what the remaining four rooms will be themed after in the building, we’re hoping to see a gorgeous mix of fitting colors and looks.

Available for bookings now, those interested in taking a look can check out further details via Moshi Moshi Nippon’s official website.