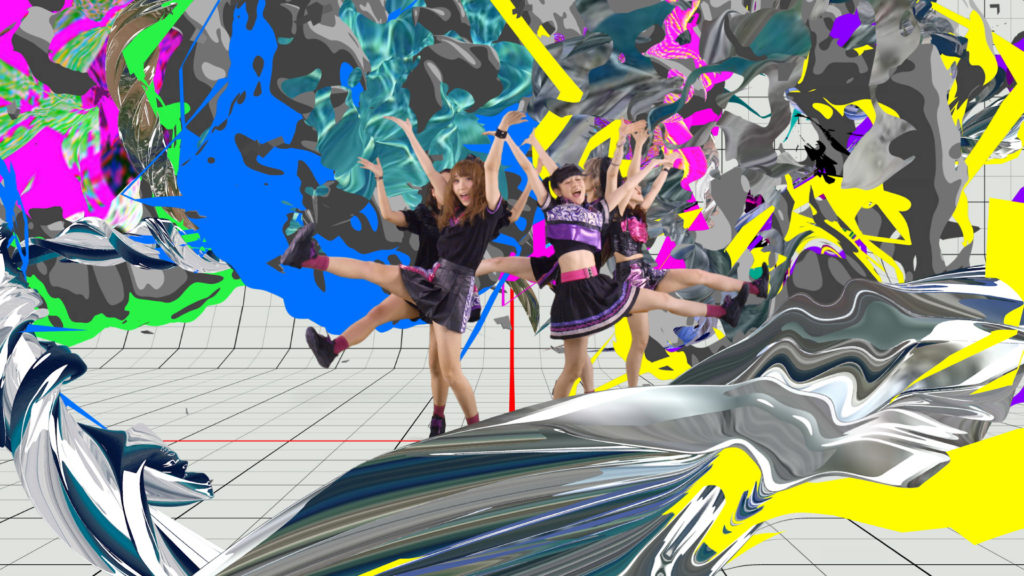 Listen, I’m an absolute sucker for this recent internet-age idol movement that’s been going on for the last few years. The coupling of Akihabara’s hyper-energetic visuals and idol music has been one of the biggest musical breakthroughs in a long time, as far as I’m concerned. And if there’s any one production company that does it better than anyone else, it’s Dear Stage. If you aren’t familiar, Dear Stage is this super neat little bar that calls Akihabara home. It was the birthplace of super-group Dempagumi.inc, and continues to play a crucial role in revitalizing an almost stagnant industry. This is where Moso Calibration comes to our attention.

Moso Calibration are a self-described Akihabara-born idol group that debuted at Dear Stage in early 2013. Since then, they’ve released 12 singles and 2 albums as a group, with 4 of those releases being through major label Sony Music. Their latest single, ‘Geki Yaba ∞ Bokkaan!!’, is a visual feast that pulls inspiration from classic titles such as Street Fighter and King of Fighters. Mashing together the worlds of 2D animation and our 3D reality, the chaotic landscape the music video paints is an overwhelming experience that I’m more than happy to experience time and time again. The group call the aesthetic Neo-Akiba, calling on the restless lifestyle that comes with being tied to the otaku-capital of Japan.

Directed by the hyper-creative Takashi Ohashi, Toshitaka Shinoda, and Takeru Nagasaki, the music video for ‘Geki Yaba ∞ Bokkaan!!’ is available for streaming above. Further information on the idol group can be found via their official website, here.

other Chris Cimi 2 months ago