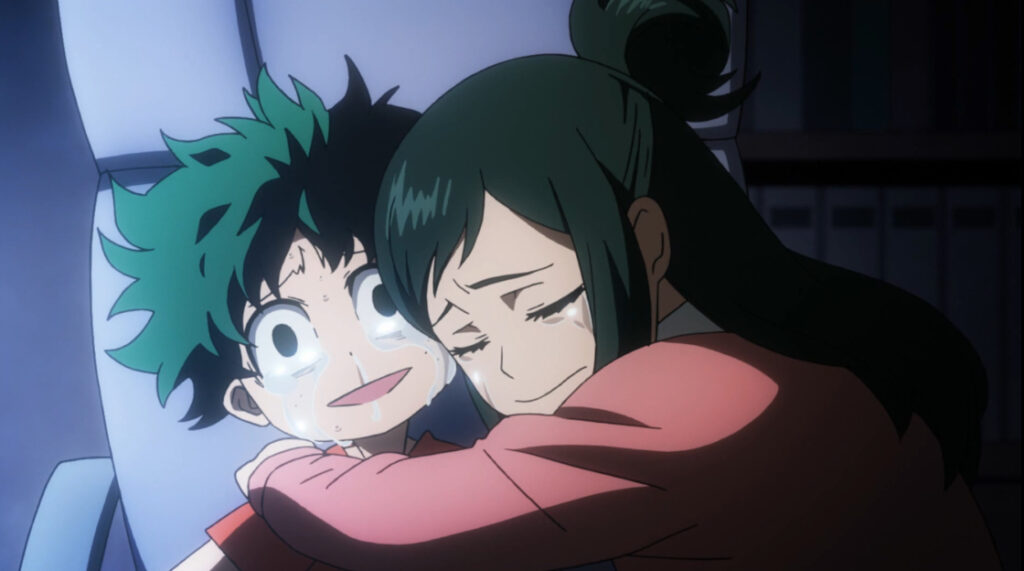 Everyone loves their mother, and the Japanese are no exception. Since 1949, Japan has celebrated the U.S. version (sorry, Great Britain) of Mother’s Day, or Haha no Hi in Nihongo.

Since Mother’s Day is a few days away (9 May in 2021), why not take this chance and honor some amazing and diverse anime mothers? 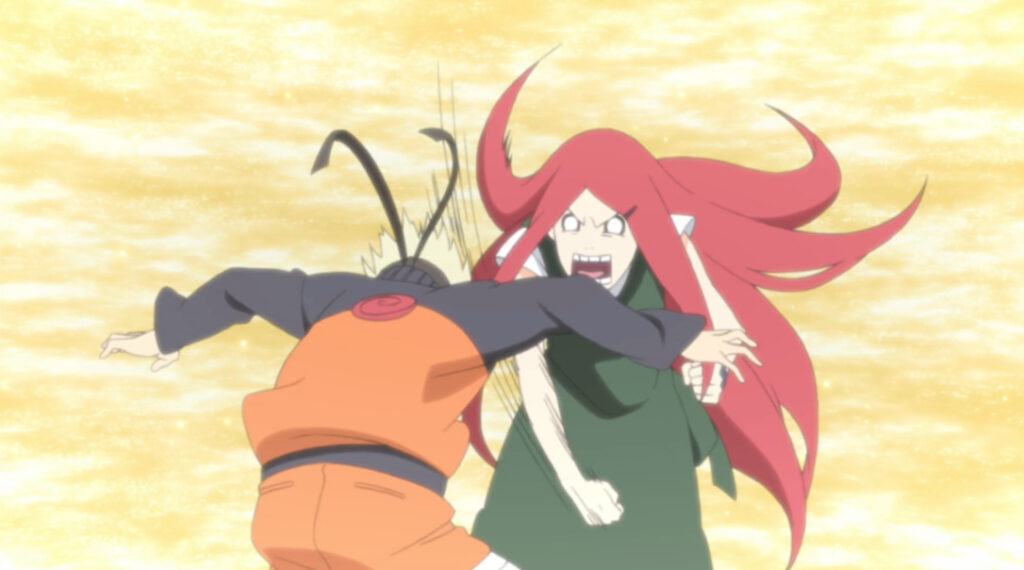 Kushina Uzumaki (Naruto): They didn’t call her the Red-Hot Habanero for nothing. She was hot-blooded and hot-tempered, and she always reminded me of Sakura (which turned out to be a red herring for Naruto’s eventual actual wife). Kushina also represented the stubborn, impulsive side of Naruto’s personality.

The force-ghost scenes with her son could have been very hammy and heavy-handed. Instead, they were a good reminder of the difficult, loving sacrifice that she made for him. 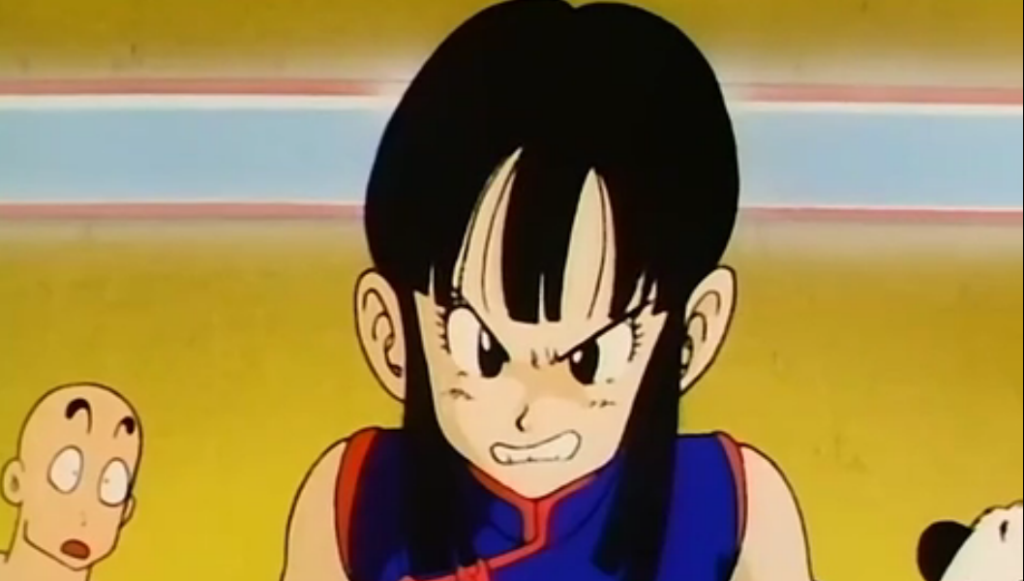 Chi-Chi (Dragon Ball): Time skips are weird, man. How did that shy (and strangely-dressed) daughter of the Ox King grow up to become Gohan’s mom and Goku’s wife? Unfortunately, Dragon Ball fandom will always remember her as the irrational helicopter mom who was constantly overprotective of her kids. (I mean c’mon, the fate of the universe hung in the balance!)

And yet, no one can doubt that Chi-Chi took being a mother seriously. It’s easy to forget, but she was also a powerful and tough martial artist (by normal human standards). And when she got angry, her fiery temper was enough to scare her husband. Goku may be one of the strongest beings in the universe, but Chi-Chi wore the pants in the family.

Matsuyo Matsuno (Osomatsu-san): In the newest version of the Osomatsu series, she’s proven herself to be smarter and tougher than her six children. Admittedly, they don’t set a high bar, but she’s more than just a sitcom mother. In one episode she set up a bunch of sneaky, movie-style traps just to prevent the sextuplets from stealing food. Some of those traps would be deadly for non-toons.

Even in episodes where she’s just a side character, she always pushes hard for the six to shape up and improve themselves.

Gone, but Not Forgotten 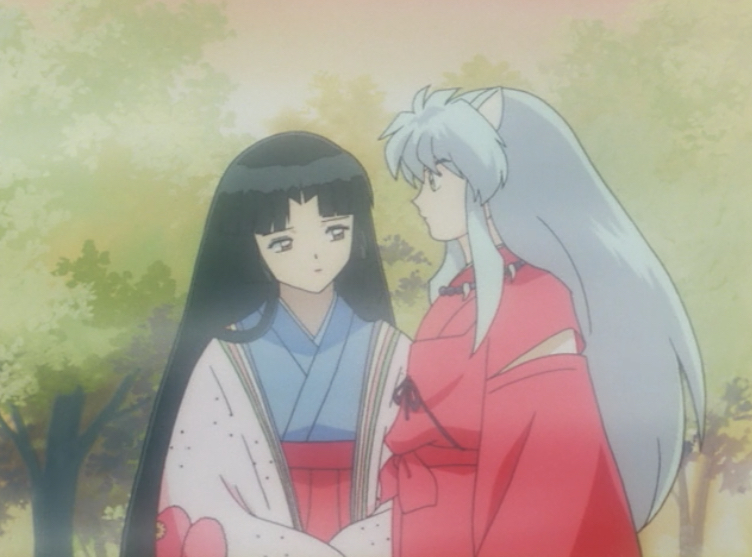 Inuyasha’s Mother (Inuyasha): She doesn’t appear in the series often. All but the most dedicated fans might forget she even had a name: Izayoi, a human princess. But in her few appearances, we see how much she really cared about her half-human son, Inuyasha.

In one episode, it’s implied that she was a positive influence on him (although Sesshomaru considers this compassion to be a weakness). And as the old saying goes, insulting his mother is enough to rile up the half-demon. 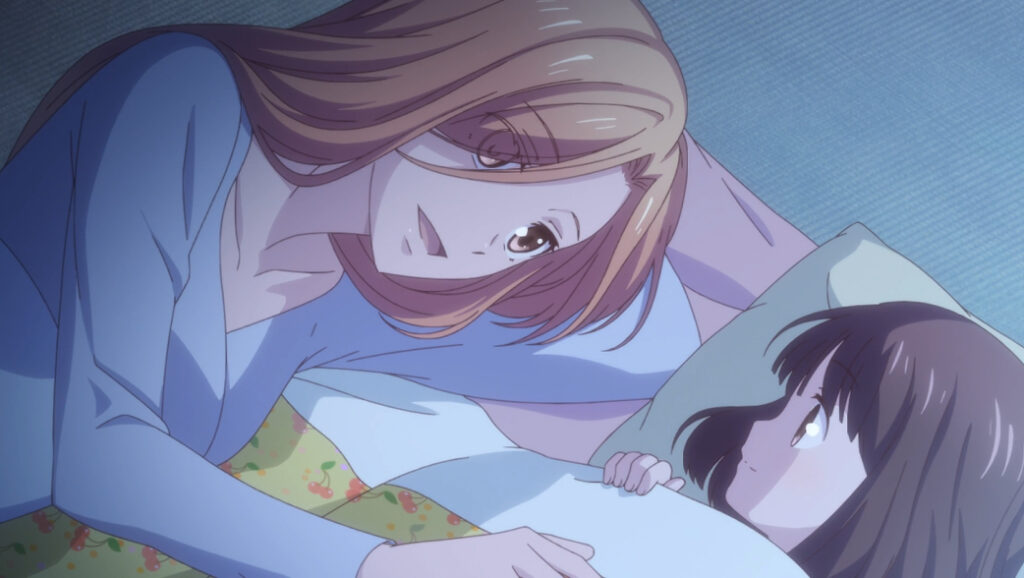 Kyoko Honda (Fruits Basket): Tohru’s mother in Fruits Basket. Her tragic death set this tearjerker into motion. The reformed bosozoku gang member was also a reliable source of wisdom for Tohru. It says a lot about the series that the ridiculous juxtaposition (hardcore biker, loving mom) almost counts as comic relief. 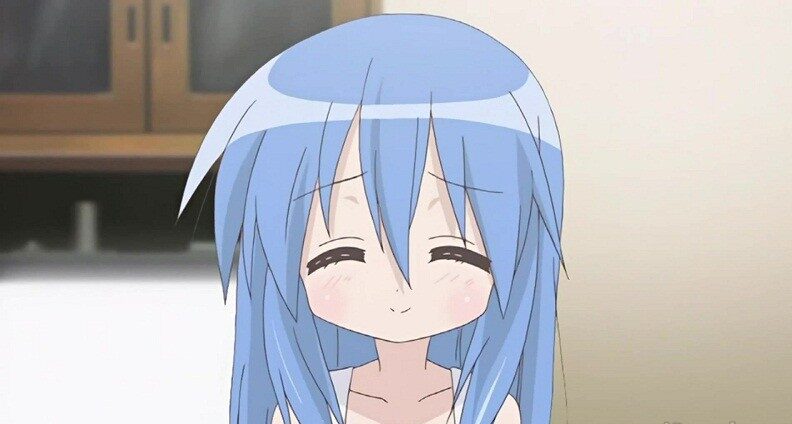 Kanata Izumi (Lucky Star): Konata’s mom on Lucky Star bears a striking, uncanny resemblance to her daughter. Personality-wise, Konata takes after her father (probably because Sojiro had to raise her solo). By comparison, Kanata seems like a gentle, loving soul, but definitely not an otaku. Are we sure that they’re even related?

Either way, she adds some heart to this slapstick KyoAni comedy. She makes a few cute appearances in flashbacks, and as a caring, family spirit in the present. 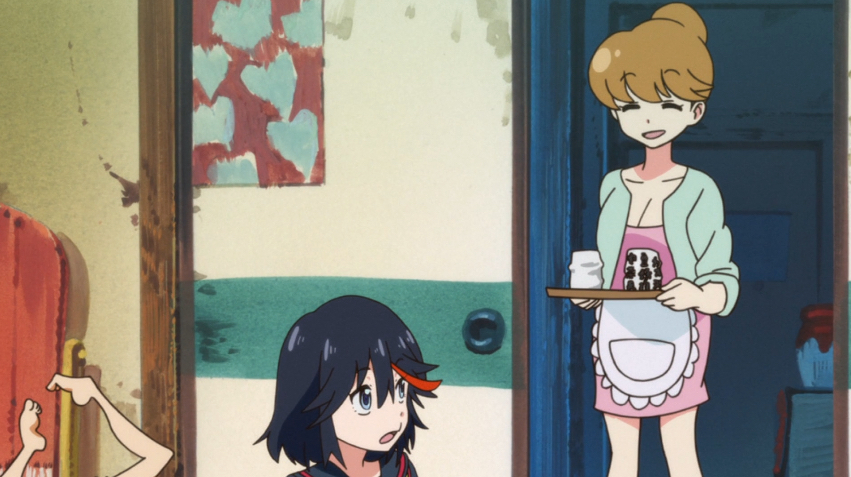 Sukuyo Mankanshoku (Kill la Kill): Obviously, she’s not actually Showa-era, but Mako’s mom in Kill La Kill is clearly an homage to the sweet housewives we find in series from that era.

She’s a stay-at-home mom, the cooking and cleaning heart of the Mankanshoku family. Her food is delicious, even if it looks strange. She accepts Ryuko like a long-lost member of the family. She’s also willing to fight back when her husband gets too pervy around the girls.

Even when the going gets rough, she doesn’t stop. She continues to provide support (and especially provisions) for the good guys when the action-packed climax approaches. 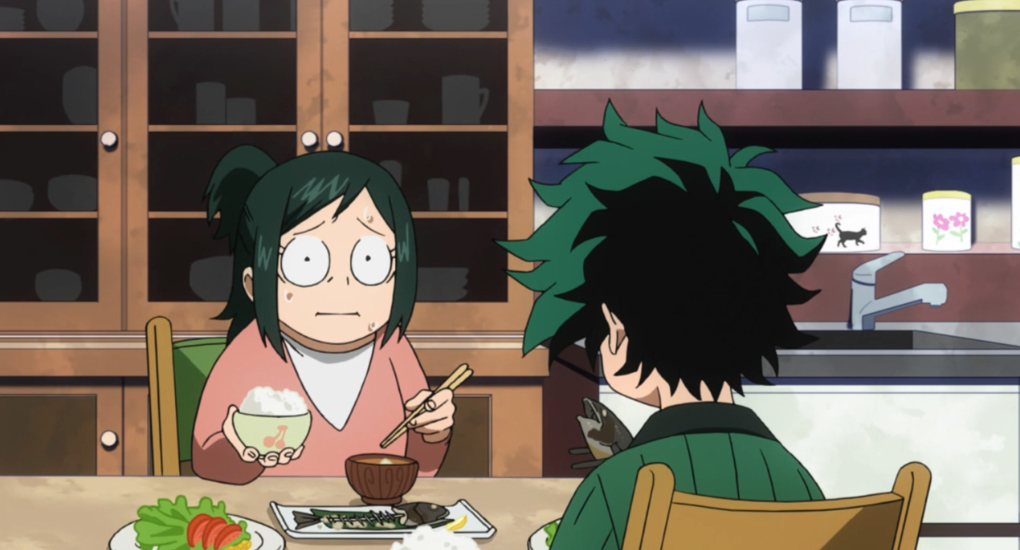 She’s not perfect. She blames herself at the beginning of the series, when it looks like little Izuku has no superpowers. She initially provides caring and comfort (‘I’m sorry’), when what he wanted was encouragement (‘you can do it’). But when things start to turn around, she’s right there for him. She’s visibly excited when he gets accepted to UA. She worries about him, but supports his dreams.

These are just anime mothers, but chances are, you can recognize a little bit of your own mother in these examples. Mothers care. They worry. They support and push. Protect and comfort.

If you want to share your favorite anime moms, we have a very vibrant geek community in Discord. Get an invite link by pressing the button below.