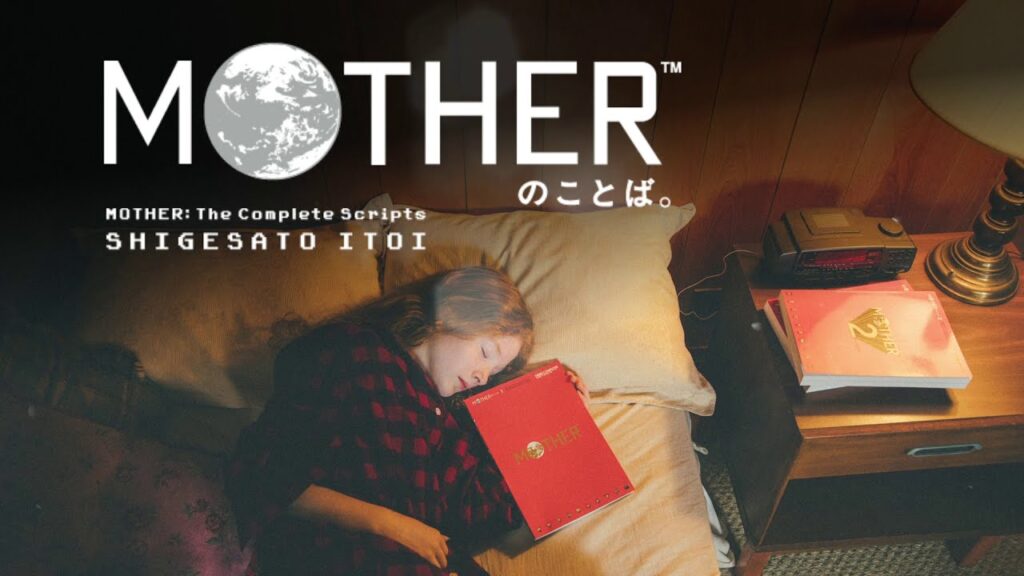 Mother no Kotoba is a special three-book collection bringing the scripts of these iconic RPGs to print form for the first time!

The enduring legacy of the Mother/Earthbound franchise on popular culture continues, whether that be through remix albums based on the soundtrack, art gallery projects, or something else entirely. The games have endured because of the care and attention put into them at the time of their release, garnering a passionate fanbase that continues to support these titles to this day. While people may remember the music or visuals, it’s the series’ unique story that people remember most fondly, and starting next week, the script to these titles will be available to purchase in book form as the collection Mother no Kotoba (The Words of Mother).

Mother no Kotoba is a three-book compilation housed in a red box that brings together the complete script of all three titles in the Mother trilogy into printed form. This is notable considering that physical releases of the scripts for video games are rare, never mind for older titles such as these, but perhaps that’s a testament to just how beloved these titles really are.

The books will be released by Hobonichi, series creator Shigesato Itoi’s company that has spent much of 2020 releasing a number of exclusive pieces of merchandise as part of the Hobonichi Mother Project. Following the various other items released this year, the project is being brought to a close with the release of Mother no Kotoba, a fitting item for any fan of the series. Alongside the script are special in-book prints of the game’s maps and more.

Mother no Kotoba is available to order from the Hobonichi store in Shibuya PARCO for the price of 8888 yen on 14 December. The collection of books will also be available in bookstores on 25 December.