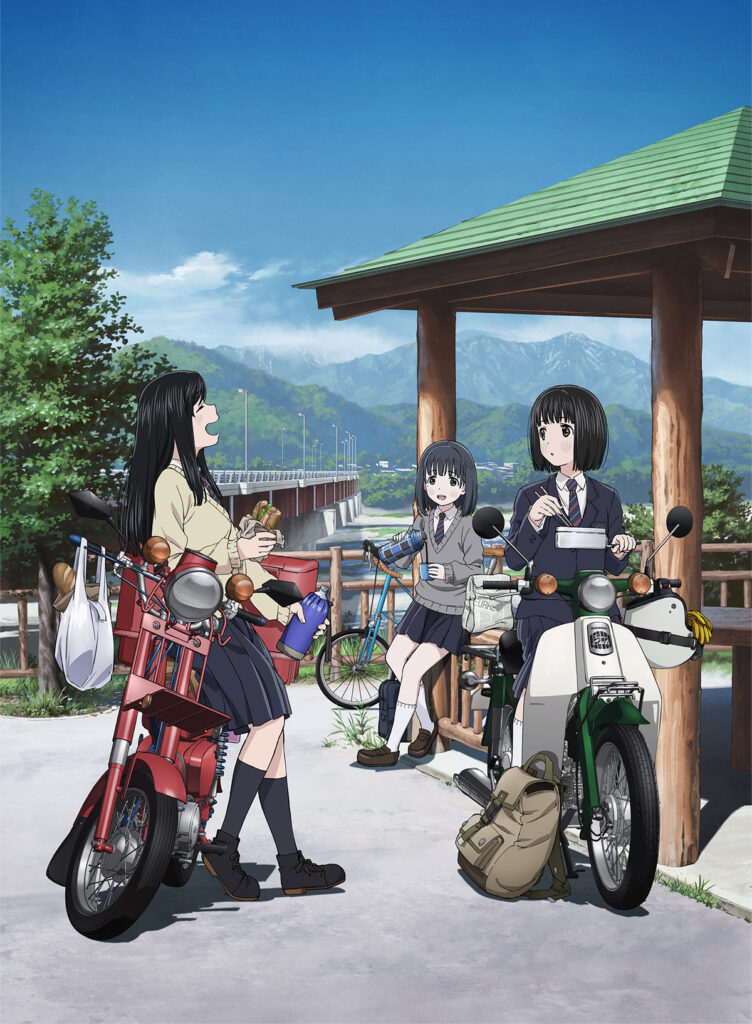 A new TV anime series featuring a girl and her motorcycle will begin in April. The announcement and a new visual for Super Cub were posted on the series’ website on Friday.

The series is based on a light novel series written by Tone Koken and illustrated by Hiro. The light novel has also been made into a manga by Kanitan. Kadokawa posted a PV to YouTube last year:

The story revolves around Koguma, a lonely high school girl in Hokuto City, Yamanashi Prefecture. At the beginning of the story, she has no parents, no friends, and no hobbies. But her life starts to turn around when she gets a used Honda Super Cub and rides it to school.

Yuki Yomichi will play Koguma. This will apparently be her first TV anime voice acting role. According to aniDB, she is a YouTuber, voice actor, and talent from Sapporo. Her YouTube channel has 140,000 subscribers. Appropriately, she is a motorcycle enthusiast.

Natsumi Hioka (Shinobu Sarutobi in High School Prodigies Have It Easy Even In Another World) plays Shii Eniwa. Toshiro Fujii will direct the series. He did key animation for episodes of Attack On Titan, Is The Order A Rabbit?, and Little Witch Academia; and directed episodes of Boruto. Studio KAI will do the animation.

Kadokawa has published six books in the light novel series since May 2017. The manga first appeared in Comic Newtype in December 2017.

Honda has sold more than 100 million Super Cub motorcycles since the iconic model was introduced in 1958.