Bluntly speaking, Moyocco Anno is one of the greatest living manga artists of our time and deserves to be protected and uplifted at any and every given chance. Her always beautiful and intense contributions to the Josei genre, Manga aimed at adult women, along with her other odds and ends have nearly single-handedly put the extremely over-looked genre on the map for international manga fans. With how prolific she is in her own right, there’s no need for me to mention that’s she’s also the wife of some Ultraman nerd named Hideaki Anno, although weirdly they had the same last name before marrying. Now, one of manga’s goddesses is returning to an earlier title with this sequel of Happy Mania. 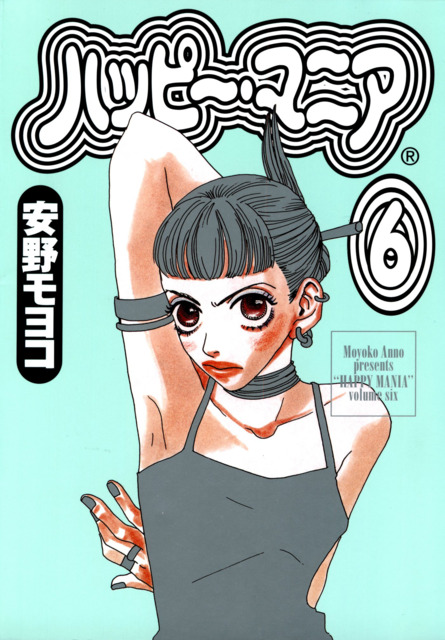 Moyocco Anno serialized the original Happy Lesson in Shodensha’s Feel Young magazine from 1996 through 2004. At the time, the somewhat controversial manga about women who’ll stop at nothing to find love was one of the magazine’s flagship titles. In 1998, the series received a live-action drama adaptation and Tokyopop, who is once again not defunct, published the entire run of the series in English in the early to mid-00s. A couple of years ago, Moyocco Anno illustrated a new chapter of series and now she’s returning to the story in the upcoming Go Happy Mania starting in the next issue of Feel Young.

Happy Mania was published in English at a time where not many people outside of Japan were reading Josei comics. Western manga readers didn’t have the chance to become more hip to the genre until the early 2010s when Vertical Inc. published a few significant works by Moyocco Anno and Kyoko Okazaki. I personally can’t recommend Anno’s In Clothes Called Fat and Sakuran enough. Coincidentally, I reread both works earlier this year and they held up as much as they did half a decade ago. While there’s no easy way to read Happy Mania in English now, I hope this new series drums up enough interested to get the original re-licensed.