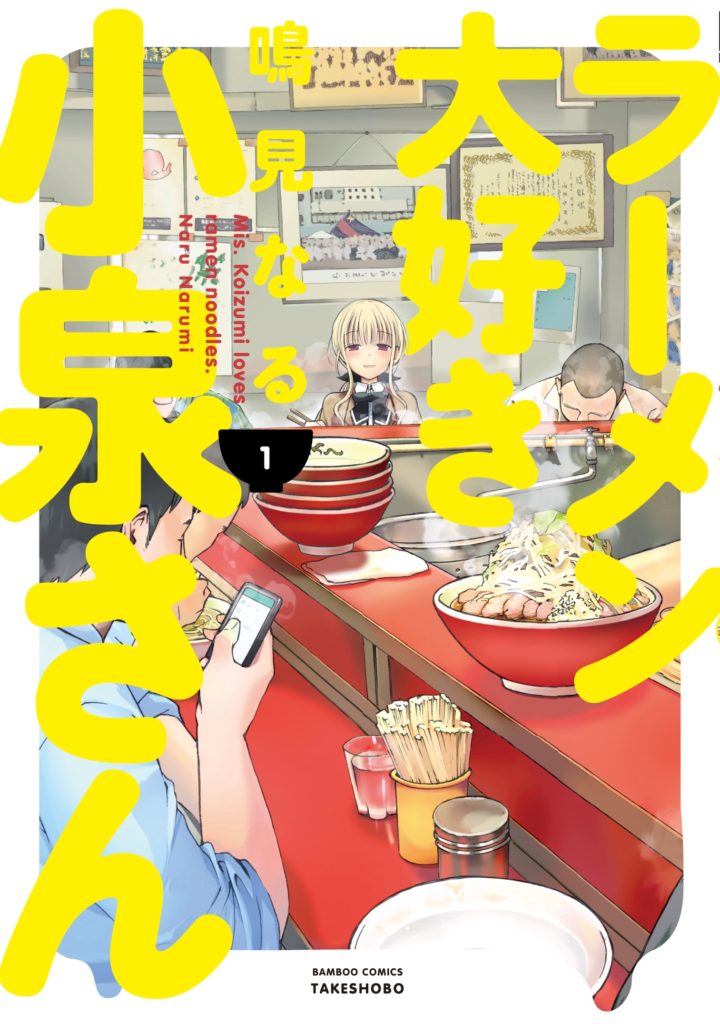 Announced earlier today, North American manga and comic book publisher Dark Horse Comics is bringing Ms. Koizumi Loves Ramen Noodles to the West with their upcoming manga release. While no official release date was made public, it’s noted that an Amazon listing for the manga is set to release on September 24, 2019.

I still remember the night clearly; I was about three weeks into language studies, staying with a host family in Ichikawa, Chiba when I stumbled into the 7/11 on the way home. My teacher had recommended picking up some manga to drive forward our kanji comprehension, and that’s when I saw it. During this time I had little knowledge of how manga was released in Japan, but I picked up this one volume that stood out to me — Ms. Koizumi Loves Ramen Noodles. I knew nothing of the series, but I noted its cute artwork and the fact that it was the first volume of the series. If I’m totally honest, I didn’t understand about 60% of what I was reading that night, but that didn’t stop me from having fun. Over time the manga stemmed away from my general consciousness, but as it turns out it was definitely going to find its way back.

Fast forward to 2018 and I’m walking around Akihabara, the sort of place you’d generally see the cutesy illustrations found on the cover of Ms. Koizumi Loves Ramen Noodles. Low and behold, playing on the giant UDX screen was an advertisement for an upcoming anime adaptation of the manga, and it didn’t take long for news to reach the West. Suddenly, for some reason, this manga series I picked up from a 7/11 several years before was actually being talked about, and it was the entirely surreal moment where I realized just how ahead of the curve I was on this one.

It’s still super surreal to think that there’s probably going to be a new wave of Western fans of manga picking up Ms. Koizumi Loves Ramen Noodles to read, and I honestly can’t even remember if it was that great, but it should still prove a worthwhile adventure for fans of noodles. The manga is described below:

Let cool, mysterious high school student Ms. Koizumi and her girlfriends show you around the authentic ramen culture of everyday Japan in this fun food manga. The noodles, the toppings, the broth–the street stalls, restaurants, and home cooking…and yes, cup ramen too! You’ll slurp down a whole new knowledge of Japan’s greatest fast food that even many Japanese don’t know…but Ms. Koizumi does!

Something that’s also pretty sweet about this release is the fact that Dark Horse Comics has brought onboard Ayumi Kato Blystone, a Portland-based Japanese chef, to translate the manga. In doing this, they hope to truly capture some of the various nuances of ramen and the process that goes on behind the scenes. There’ll also be a bonus insert showcasing some of the best ramen spots in Portland, OG, so locals or those in the state can go on their own little ramen adventures.

While that release date of September 24 still hasn’t been officially confirmed, we’re sure we’ll be seeing Ms. Koizumi Loves Ramen Noodles sometime later this year. For those interested in checking out further information, be sure to check out Dark Horse Comics’ official website.