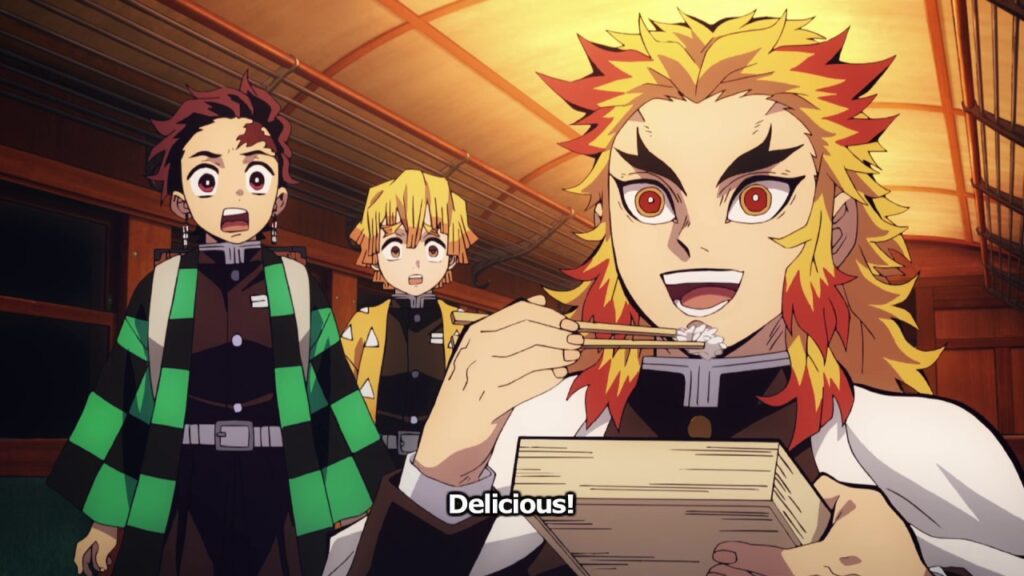 After 100 days in Japanese cinemas, Demon Slayer: Kimetsu no Yaiba The Movie: Mugen Train has reached a whopping 36.5 billion yen of returns at the Japanese box office from 26.67 million tickets sold, continuing to top charts and break records as it continues on track for another incredible milestone.

Perhaps the most surprising thing about Mugen Train’s spectacular box office run in Japanese cinemas has nothing to do with the incredible record-breaking opening, or that, following this, the film eventually toppled Spirited Away’s record as the top grossing film ever in Japan. With such an opening, it was only a matter of time. More surprising, however, is just how long a tail the film has with box office success. Following another successful week at the Japanese box office that saw the film at the top for a record-breaking 14th week, the Mugen Train is still rolling on.

Aside from a single week where it lost its top spot to Gintama: The Final, the film has topped the Japanese box office every week since the movie’s release, on course for its current 36.5 billion yen total. Both last week and this week, the film added 400 million yen to its total, even in the slower month of January, following a bumper Christmas haul, as the Mugen Train continues to chug along. According to Kogyotsushin, based on past receipts and current projections, this film’s slow decline from the top of the box office charts puts the film on pace for a superb 40 billion yen total, adding almost 9 billion to Spirited Away’s total.

How much of Mugen Train’s success can be placed at the feet of the quality of the film and series, and how much at an extraordinary case of being in the right place at the right time? Demon Slayer certainly captured the imagination of the Japanese public, and its success is a testament to that and the series’ directorial chops and manga origins, making it a worthy success story.

Aniplex will release Mugen Train in US theaters later this year.