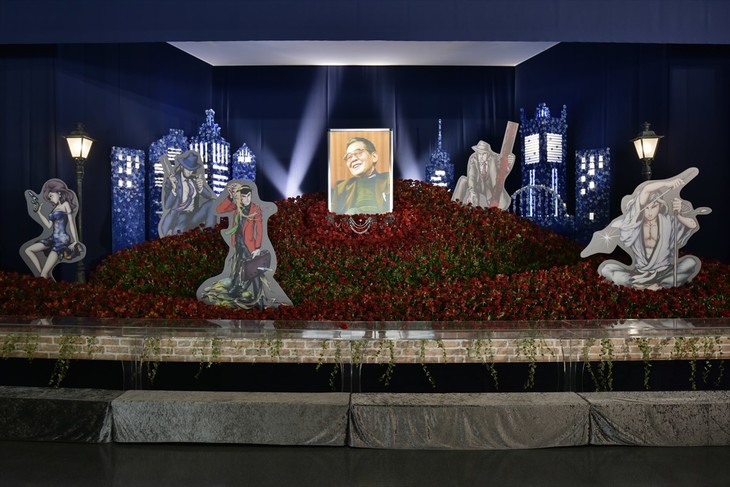 April of this year saw us greet with a heavy heart the passing of Kazuhiko Kato, better known by his pen name Monkey Punch. Following a private family funeral at Monkey Punch’s hometown in Hokkaido, the Kazuhiko family was gracious enough to put on a public funeral in Tokyo for fans, press, and colleagues alike to say their goodbyes to the eminent creator.

The Monkey Punch funeral was held at the Aoyama Funeral Home in Minato, Tokyo on June 15, and no shortcuts were taken in celebrating the creator’s incredible legacy. Outside the funeral home was a model of Lupin’s iconic Fiat R-33 car made entirely out of balloons, and inside were photos and illustrations by the man himself from across the whole of his long life. 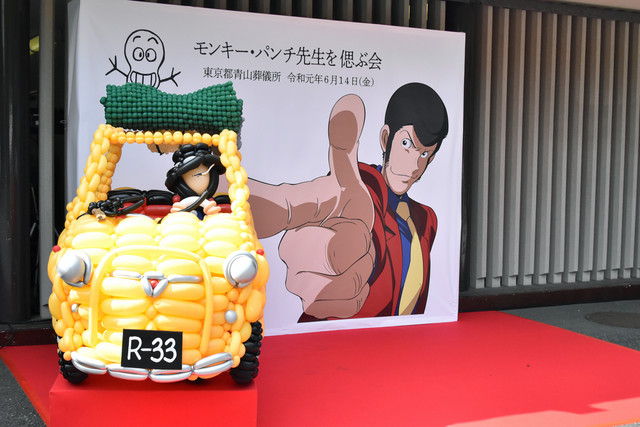 The altar was similarly lavish, being adorned with red roses to match the red jacket of the Lupin the Third cutout that was placed on the altar, alongside similar cutouts of Daisuke Jigen, Ishikawa Goemon, Fujiko Mine, and Inspector Zenigata. Watching over it all was a cheerful picture of the man himself.

Owing to the Lupin the Third series’ incredible impact on the world of anime and manga, many high profile seiyuu, mangaka, and actors came to the Monkey Punch funeral ceremony to say their goodbyes. First up was voice actor Kurita Kanichi, who is the current voice of Lupin in the various TV anime and theatrical films belonging to the franchise. 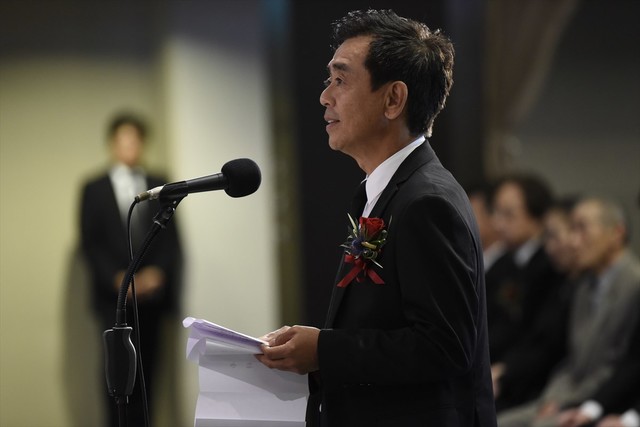 “When I took over the role of Lupin from Yamada Yasuo [in 1995, following his passing], I remember that [Monkey Punch]-sensei assured me, saying ‘There’s no need to worry’ and that ‘You’re doing great.’ I think it’s because Sensei watched over me that I’ve been able to continue [the role] up until today,” he shared.

Kurita then relayed a story about meeting some of Monkey Punch’s childhood friends over dinner in his hometown of Hamanaka, Hokkaido. As it turns out, the model for the iconic femme fatale Fujiko Mine was actually Monkey Punch’s first crush, which he was apparently quite embarrassed about.

Nevertheless, Kurita was keen to express his gratitude to Monkey Punch, ending with “Please keep watch over Lupin the Third. Monkey Punch-sensei, I can’t express my gratitude. Thank you very much.”

The second speaker at the Monkey Punch funeral ceremony was mangaka and head of the Japan Cartoonist Association, Satonaka Machiko. 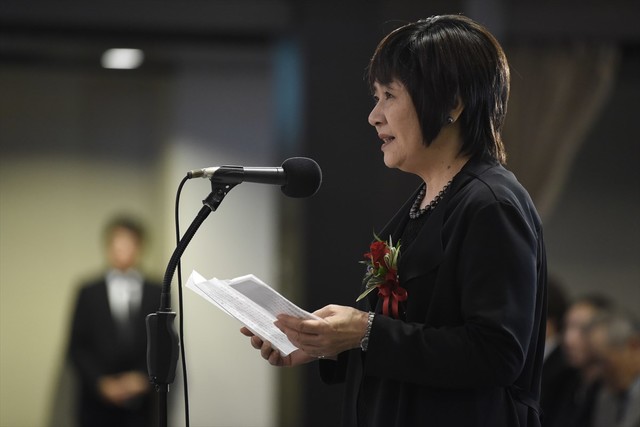 She professed that “The impression I first got from his work was that he was a cheeky, Lupin-like exotic character, so I was quite surprised to find out that he was actually a gentle man, quite kind and cheerful, always friendly and never with bad intentions.”

As a colleague in manga, Satonaka also shared that Monkey Punch was actually working very hard right up until his passing. He was relearning the basics of composition and learning how to work with digital art tools, even going back to graduate school to do so at the age of 66. The recent DC heroes illustrations are perhaps the fruit of this tireless effort.

The last to speak during the Monkey Punch funeral ceremony was Kato’s second son and chief mourner for the Kazuhiko household, Kazuhiko Shuhei. 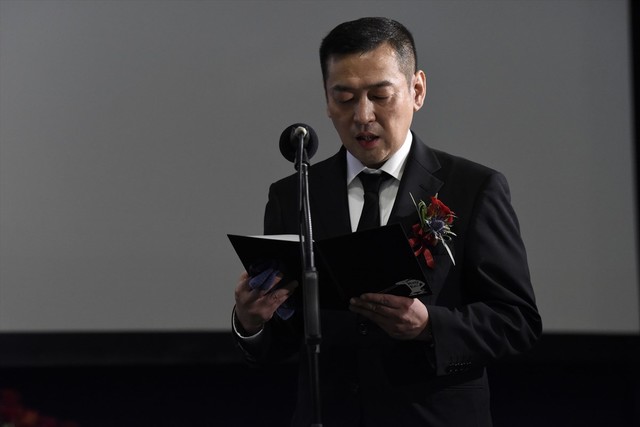 He described his father as “a very kind man who always put his family first. Even during the very last conversation I had with him before he passed, he expressed his gratitude for my mother, who we had also lost, and left behind kind words for us so that we, his family, could continue to move forward.”

With regards to his father’s life’s work, Lupin the Third, he affirmed that “My father was never one to put moral messages in his work. Rather, he wanted to create something that anyone could enjoy. He always chased after the ideal of pure, 100% entertainment.”

“My father may have created Lupin the Third, but it is you who are gathered here today, the many staff members and fans alike, who have nurtured it. In lieu of my father, I want to thank each and everyone who has enjoyed his works that have always chased after that ideal of pure entertainment,” Kazuhiko Shuhei finished, bringing an end to the Monkey Punch funeral ceremony.

Once the ceremony was finished, the Monkey Punch funeral was then open to fans and colleagues alike to come along and pay their respects. It was then that many actors and creatives involved with the Lupin series paid a visit.

One such creative was the actor Asano Tadanobu, who played the role of Lupin during the 2014 live-action film, which Monkey Punch actually helped write the script for. Asano forwent the classic suit in favor of a Zenigata-like outfit, complete with trenchcoat and hat. 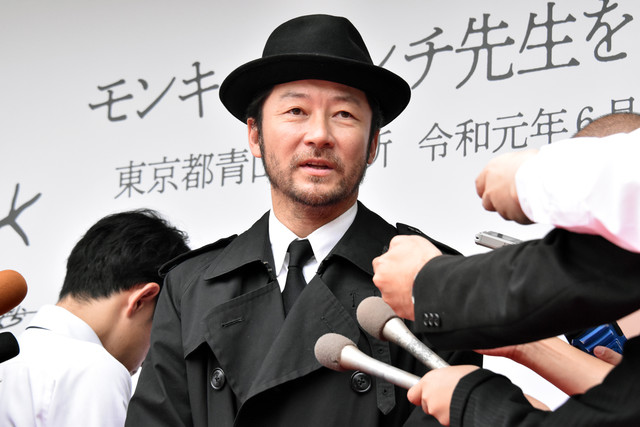 When asked why he decided to come to the Monkey Punch funeral in cosplay, Asano replied: “if I’m going to meet Sensei, then I should at least look the part of Inspector Zenigata as much as I can.”

On Monkey Punch himself, Asano recalled that “when the offer first came [to play Zenigata], I thought it would be for Jigen. I didn’t think it would be for ‘Pops,’ so there was a part of me that really wasn’t confident about doing it, but when I met Sensei during filming, he said that I was ‘really good.’”

“Seeing such a kind expression and receiving such kind words from Sensei meant that I was able to go on and play Inspector Zenigata with much more confidence. Remembering that, I’m once more very grateful,” he concluded.

Asano’s colleague for the 2014 live-action film Oguri Shun, who played the role of Lupin, also came to the Monkey Punch funeral to pay his respects to the creator. 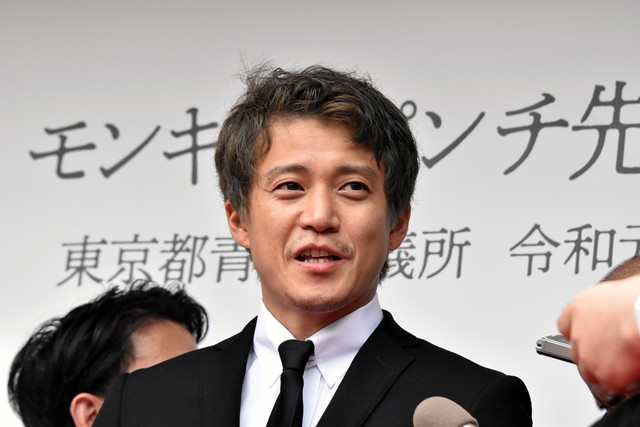 Expressing regret at Monkey Punch’s passing, Oguri said that “It’s a shame. I’d heard that he had a little bit more strength left, so I didn’t think that it would happen like this, without meeting him once more.”

“When he came to hang out during filming [of the 2014 live-action film], he would come in saying stuff like ‘Aah, it’s like Lupin’s really here!’”

He professed that “Little things like that have become real treasures for me, and they give me power and courage.”

Finally, the long-time voice actor for Daisuke Jigen, Kobayashi Kiyoshi, came to the Monkey Punch funeral to give an emotional goodbye after nearly 50 years of playing the iconic character. 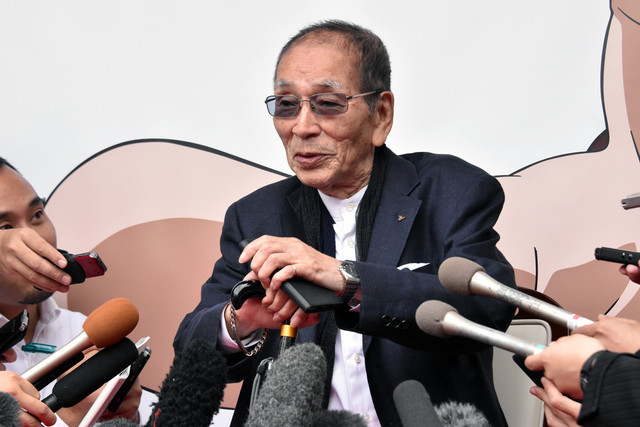 After answering a couple of questions from several reporters, Kobayashi spoke to the press in general with the half-joke “I guess it’s just me left, isn’t it?” before adding, “I’ve gotta do my best, since I’m still doing good. I’m gonna keep on doing it [the role of Jigen] for a little while longer, as long as that’s okay with everyone, so expect great things!”

Pulling out his smartphone, Kobayashi then read out a statement he had prepared beforehand, addressing Monkey Punch himself. 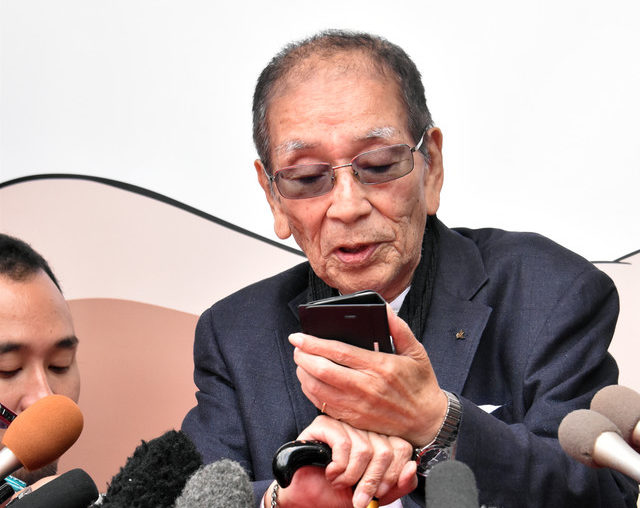 “Even so, it’s quite stubborn of me to still be up and running, isn’t it. I learned a lot from you, Sensei. The charm of a man, how a man can be cute, his sorrow, how he can be so childish… I think you’ll get it, but putting it into words is really hard. It’s because we’ve done all of that, that it’s tough for me, too,” he admitted.

He continued, jokingly, “Anyway, to think that you’ve gone before me, even though you’re younger. What a worthless sensei. That’s no good, you can’t do that, sensei! What a shame, it’s a shame. May you rest in peace,” Kobayashi finished in a mock cry to the heavens.

After having delivered such an orthodox goodbye, Kobayashi explained that “My happiness was set once I met Daisuke Jigen. To say my goodbyes like that might be a bit cheeky, but you can’t separate me and Jigen anymore. Jigen is Kobayashi Kiyoshi, Kobayashi Kiyoshi is Jigen.”

He continued, “I might have just said something ridiculous, but I’m just going along with that feeling.” 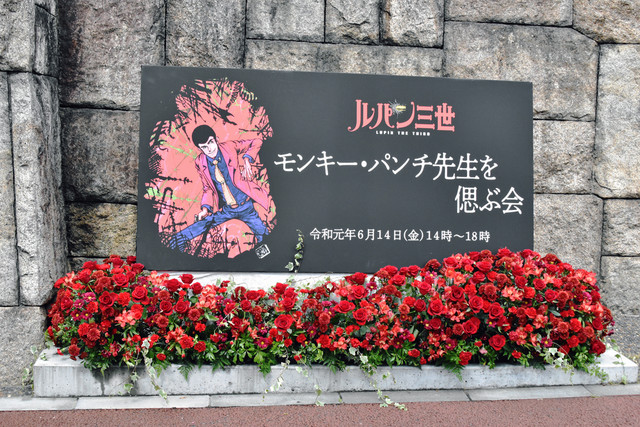 The Monkey Punch funeral was then open to mourners until 6 PM the same day. Aside from the more high-profile creatives that attended, there were countless producers, animators, and artists that went to pay their respects alongside fans.

Such a lavish funeral, as well as the kind comments from colleagues offered to the press, really do demonstrate the extraordinary character and artistic impact of Kazuhiko Kayo, better known as Monkey Punch. May he rest in peace.