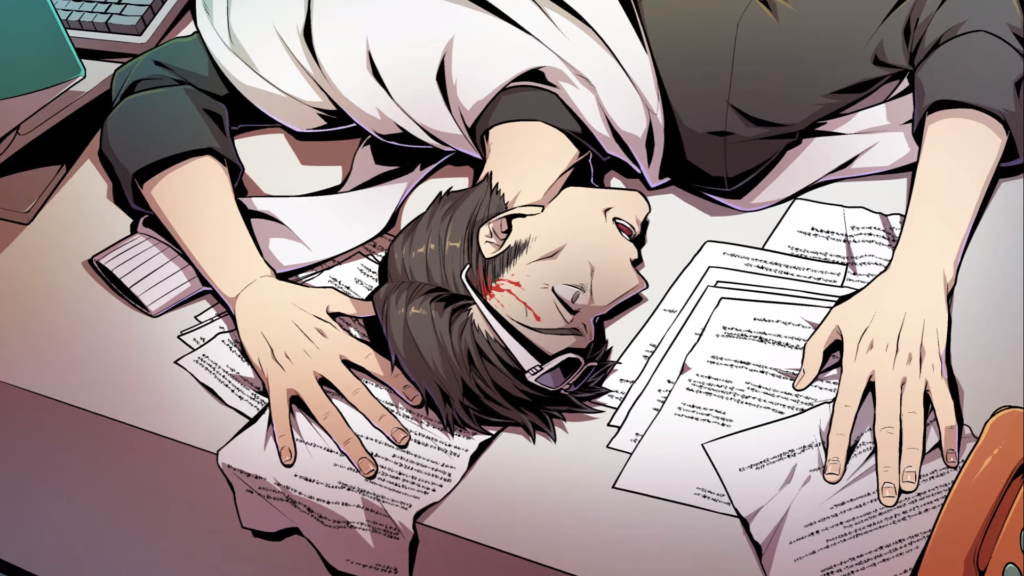 I don’t think I’ve been this excited for an upcoming indie release in a while. A couple of days ago, Murder By Numbers was officially announced by publisher The Irregular Corporation and studio Mediatonic. It’s Ace Attorney style murder mystery visual novel with a sleek 90s gloss of paint that’s set to come out on Steam and the Nintendo Switch early next year. There are puzzle elements, there’s questioning witnesses, and at least going by the announcement trailer a whole lot of charm and wit. Having just mainlined the entirety of AI: The Somnium Files over the last couple weeks, I’m already fiending for another game in the field and this one looks like it’s it.

So what’s the hook here? Why am I particularly excited for Murder By Numbers when there are many other games I could turn to in my time of murder mystery need? It’s the team of people who are collaborating on this project. It’s being spearheaded by Ed Fear whose worked on titles like Sword Of Ditto and Heavenstrike. Among his team, he’s called on two heavy hitters to make this one for the books. Heavily inspired by Ace Attorney, it’s a big win that Masakazu Sugimori will be doing the soundtrack for this game. Just listen to the music in the trailer; Triumphant, and absolutely nostalgic of the best of Phoenix Wright in a good way.

The other big name attached to Murder By Numbers is Hato Moa whose doing all the character art. Originally an aspiring manga artist, her doujin circle created the cult classic VN Hatoful Boyfriend, a dating sim about pigeons. With the worlds of western indie games, the Japanese doujin scene, and a big deal OST composer, the game has the formula for success down on paper. All’s that left to see is how it actually is when it comes out.

Murder By Numbers will be released earlier next year on Steam and Nintendo Switch.