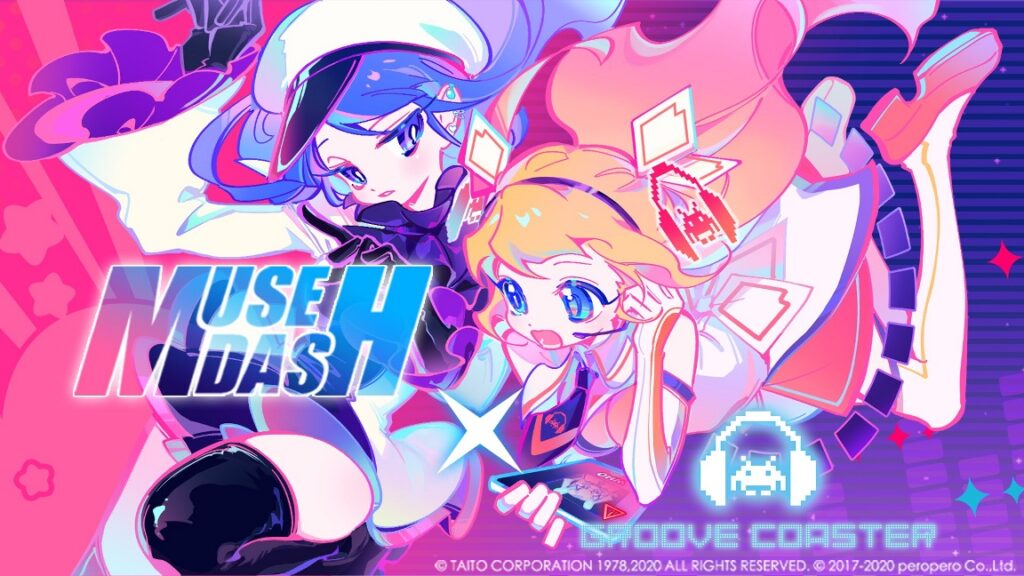 With 2020 moving at a snail’s pace, it’s nice to lift yourself into higher spirits with an energetic round of upbeat rhythm games. Especially ones with tons of hyperactive pop music and ultra kawaii anime girls littered throughout. The indie games Muse Dash and Groove Coaster are good examples of what I’m talking about here, and now that they are collaborating, we can expect both titles’ rhythm beat aesthetics to reach their very pinnacle.

This collaboration pack, the boisterously-titled “LET’S GROOVE!”, will find songs from the nearly decade-old Groove Coaster franchise thrown into Muse Dash’s mix. Some of these songs include the fiery “Fujin Rumble” and the electro-rocking “Groove Prayer,” the latter of which features vocals from J-pop artist ChouCho, previously known for doing the OP for 2013’s Fate/kaleid liner Prism☆Illya.

Additionally, the LET’s GROOVE pack will include an eponymously-titled new stage, as well as having Groove Coaster’s navigator Yume tag along as a playable character. This bundle will cost around ¥500, or less than $5. Smartphone users will be able to snag the mobile version on for 50% (or ¥250) until October 11.

Groove Coaster’s collaboration with Muse Dash makes sense when you consider both titles recent forays and flings with waifu culture. Consider last year’s Grove Coaster: Wai Wai Party, which had its waifucore cranked up to 11 by sliding in songs from VTubers like Kizuna Ai and HieHina into its playlist. You also had Muse Dash express a similar fondness towards VTubers with this year’s collab with Shirakami Fubuki. It’s almost as if the guys who made Groove Coaster saw the Muse Dash folks’ fondness towards moe and went, “Now here’s a beat rhythm game we can get behind!” I’d at least like to imagine so.

The base game for Muse Dash is currently available for download on Nintendo Switch, Steam, and Google Play for $1.49. You can also download the Just as Planned version that includes all of the available DLC for $22.49.