On Friday, Konami announced a new soundtrack collection which will showcase the tunes which accompanied its video games.

The collection will be titled Music From Konami Arcade Shooting. And as the name implies, it specifically looks at Konami’s shooters, such as Gradius and the wonderfully weird Parodius.

Even concentrating on just arcade shooting games, this collection is absolutely massive.  It covers pretty all the music from 22 games over a span of 22 years, from 1985 to 2007.

Obviously, over the course of two decades, there was a lot of evolution in video game music as the technology improved and the sound got richer. 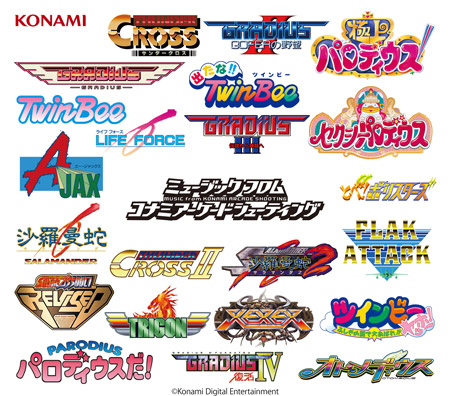 What’s In The Collection

There are also some bonus tracks, which includes alternate arrangements separate from the official video game versions.

The first song in the collection is titled Morning Music. You’re probably thinking that doesn’t sound like the name of a shooter video game, and it isn’t.

It seems that when the arcade game first booted up in the morning, the machine played a little bit of music while it was warming up. I found a recording of it on YouTube, and it’s quite nice for 8-bit era music.  It sounds vaguely classical, although it was composed for Konami.

Naturally, a lot of shooter game music is going to be frantic to match the pace of gameplay, but there are some slower marches as well.

Music From Konami Arcade Shooting will come out on Jan. 20, 2021.  However, if you order the collection early from Konami’s online shopping website, you will get a bonus CD of Music From Original Parodius. The bonus CD includes background music from the first Parodius game, Parodius- The Octopus Saves the Earth.