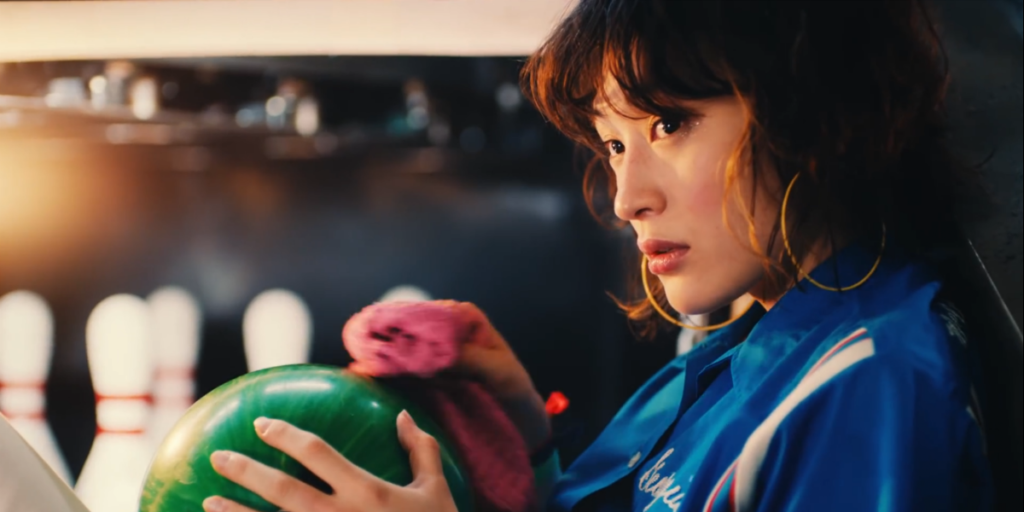 A fresh sound is something that any passionate music buff will devote countless hours of listening through random tracks and rabbit holes worth of playlists searching for. Wednesday Campanella (or Suiyoubi no Campanera) is just the thing to scratch that itch – one of the most unique and fresh sounding acts that have been trending big in Japan over the second half of the 2010s.

The face of Wednesday Campanella is Misaki Koshi AKA KOM_I (Pronounced Komu-Ai), who is the vocalist of the trio and the one in the spotlight. Behind the scenes, she is joined by Song Writer and Producer Kenmochi Hidefumi, and Yasutomo Fukunaga AKA Director F (stylized as Dir.F), who acts as the creative director of the group.

What the combination brings to the music scene is an eclectic mix between EDM, pop music, and hip-hop featuring quirky vocals that often clash just enough with the rest of the track that they perplex the listener in a pleasant way. Combine this with KOM_I’s constantly evolving image, which is shrouded in mysterious fashions and unpredictable dance moves, and the result is undeniably hip with nearly unlimited trend-setting potential.

Wednesday Campanella Formed as a Project Between Hidefumi and Fukunaga

The two both wanted to try something new.

Hidefumi had previously released instrumental music on Nujabes’ label, Hydeout Productions. Fukunaga wanted to try out a project with a trio of female singers, perhaps in some way mirroring other popular Japanese acts at the time (Perfume comes to mind).

When the two met with KOM_I, it was decided that she was the perfect fit, despite being a mere high school student at the time, and having no background in singing prior to the project. Previously there had been a different unnamed vocalist associated with the group, but once KOM-I was in the picture, the two were ready to make it a trio.

Their first songs were released on Youtube: Oz, and Kukai in 2012. Throughout 2013, they released two mini-albums, Crawl to Sakaagari and Roshomon which were distributed only through specific vendors (Village Vanguard and Tower Records respectively). 2014 saw the release of Cinema Jack and Watashi wo Onigashima ni Tsuretette. The group’s releases were few but masterful in quality.

2014 was also when the breakout single, Momotaro was released, named after Japanese folklore hero Momotaro (the peach boy. Naming songs after mythical or famous historical figures is a Wednesday Campanella signature; they have named tracks after Napoleon, The Wright Brothers, Aladdin, and even Dracula.

As the group released more songs, their style shifted towards more of a combination between J-Pop and EDM, with the hip-hop elements mellowing out slightly. Nonetheless, their success continued. Their first full album release was Zipangu in 2015, and their second album Superman in 2017, this time under record label giant Warner Music Japan…

All three members play their respective roles in the group’s success, however, when it comes to live shows, KOM_I is the one who assumes the most responsibility. KOM_I is known for audience participation, often performing from within the crowd and using the entire space of the supplied venue. For their song Momotaro, She climbs into a plastic zorb ball and rolls into the arms of the audience while singing, truly an alternative way of crowd surfing.

Wednesday Campanella began appearing at events in the West in 2016, such as SXSW and J-Pop Summit in San Francisco later that year. KOM-I’s unique live performances were a hit amongst attendees and gained the group many new fans.

Since then, they have even collaborated with non-japanese acts such as the massively popular Scottish synth-pop group CHVRCHES for the song Out of My Head, and French band Moodoïd on multiple occasions.

Though their various releases and projects are a bit spread out (about 10 mini albums and EPs with two full-length albums released in the 8 years they have been together thus far) compared to more prolific artists, the quality of their tracks and productions is top-notch, and their style is cutting edge.

We can expect to see monumental things from Wednesday Campanella over the next few years. Every new release is bound to be an unpredictable surprise, and a third full-length album is bound to come sooner rather than later. Maybe 2020 will be the year we get their freshest track yet.