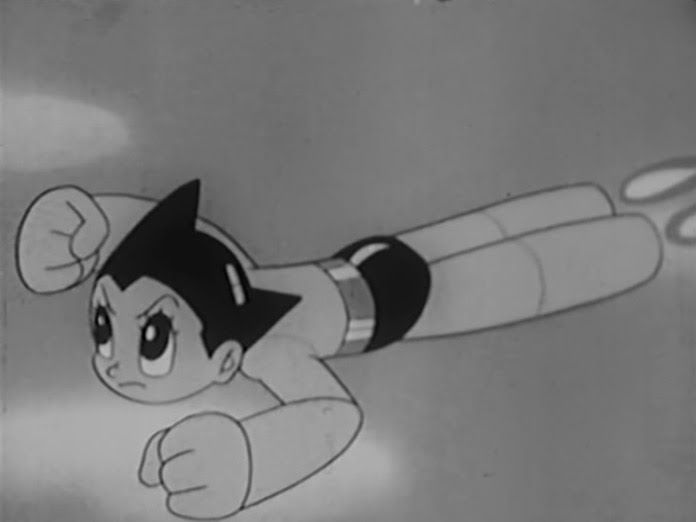 One of the best parts of watching anime is seeing how everything references what came before it. But there is a long history of anime out there, and there’s too much to watch it all. So, to get you started with the older material, here is our list of must-watch classic anime movies and TV shows!

‘Classic anime’ is pretty easy. Merriam-Webster defines ‘classic’ as ‘historically memorable.’ I’m going to keep ‘historically’ simple and say it has to be at least twenty years old; that means that everything here is pre-2000.

As for ‘best,’ well, it’s what I say it is! I think you’ll agree with me that the movies and series here are pretty excellent, though. Feel free to jump into the Discord chat below if you think I’m wrong.

Thoughtful, beautiful, and at times heartbreaking, the films on this list can stand up in any discussion of great cinema, let alone classic anime. They’ll also make you never look at the year 1988 in the same way again! 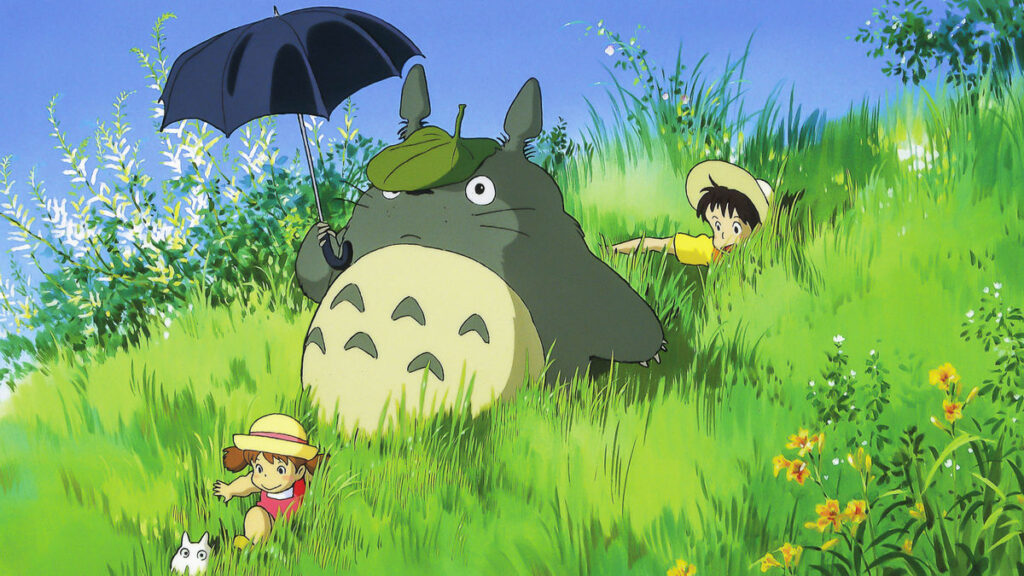 It shouldn’t be a huge surprise that Studio Ghibli makes an appearance right off the bat. My Neighbor Totoro was released in 1988, directed by Hayao Miyazaki. It’s the film that set Miyazaki’s career on the path to the legendary status he holds today.

My Neighbor Totoro is known for its focus on animism and Shinto rituals. A theme throughout Miyazaki’s career is the return to old Japanese traditions and beliefs, especially in children, and Totoro is a particularly prevalent example of it.

It is one of Roger Ebert’s ‘Great Movies,’ it has made the top five in a couple of ‘greatest animated films’ lists in Time Out, and it’s the highest-ranking animated film in the Sight & Sound critic’s poll of the all-time greatest films.

Like (almost) all Studio Ghibli films, My Neighbor Totoro is available to stream on HBO Max in the US.

Grave of the Fireflies 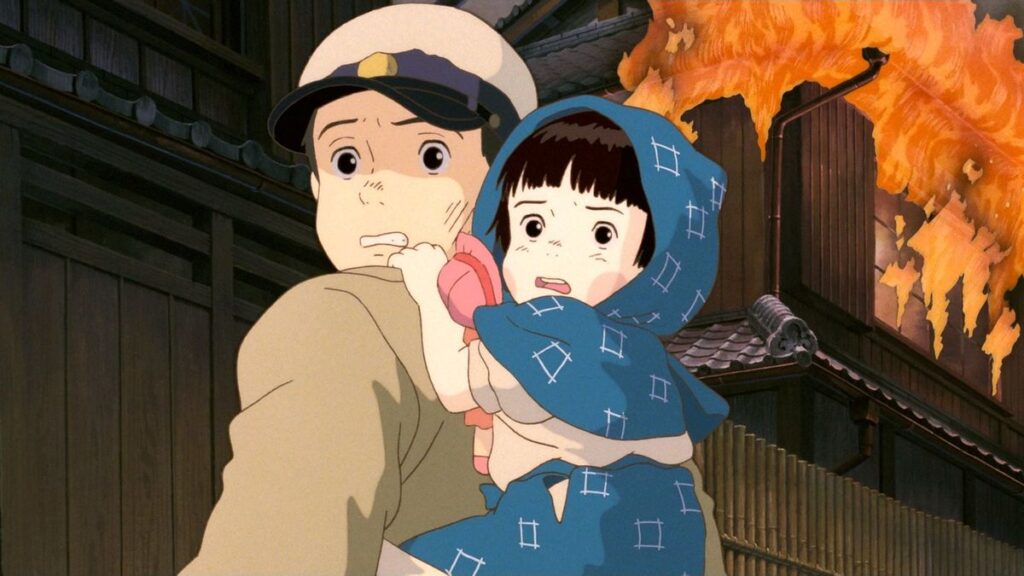 Grave of the Fireflies was written and directed by Isao Takahata, also for Studio Ghibli. It came out in 1988, just like Totoro; initially, the movies were released as a double feature. However, the deeply tragic nature of Grave of the Fireflies turned some families away. It found more success in critical circles later.

Despite Takahata’s staunch anti-war advocacy in his personal life, he insists up and down that it is not an anti-war film. Instead, it’s only meant to show a pair of siblings leading a failed life due to isolation from society, and the personal tragedies that can arise from war.

Grave of the Fireflies is the only Studio Ghibli film that is not currently on HBO Max, as it was produced for a different publisher than all of the other Ghibli movies. Instead, you can watch it on Hulu, provided you have a box of tissues nearby.

Ghost in the Shell 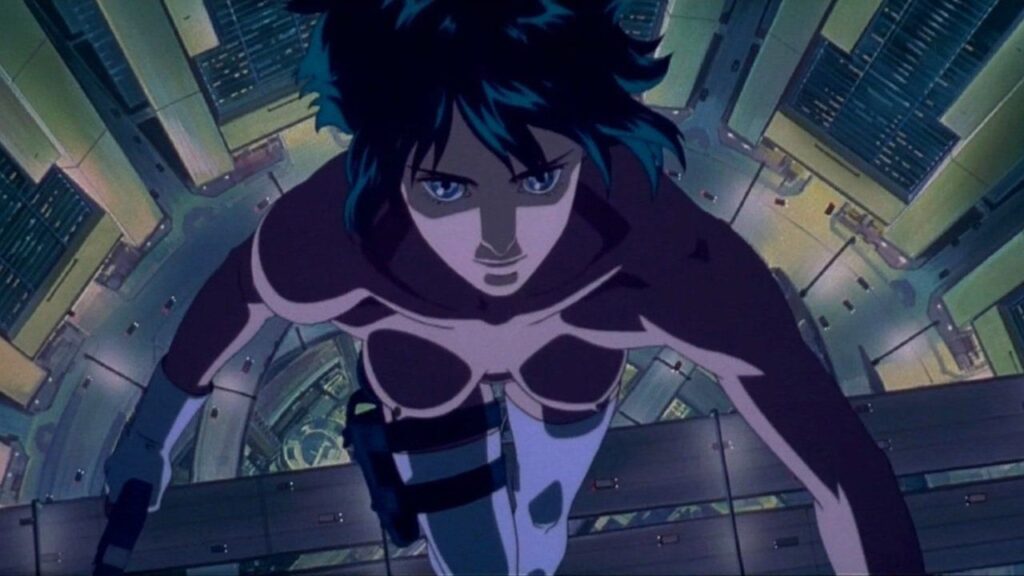 No, don’t worry, not the Scarlett Johansson version. This is the original movie version of Ghost in the Shell that came out in 1995. It was written by Kazunori Ito and directed by Mamoru Oshii, based on the manga by Masamune Shirow.

Ghost in the Shell is known for its extensive discussion of self-identity and what makes us ‘human’ or ‘sentient.’ It’s also used to question the nature of gender, particularly how gender is presented.

Although Ghost in the Shell was originally a box office flop, it became a hit on home video. It has universal critical acclaim and has been regularly cited as a source of inspiration for major Hollywood directors like the Wachowskis (The Matrix) and James Cameron (specifically for Avatar).

You can rent or buy Ghost in the Shell on Amazon, Google, and iTunes, or stream it with ads on YouTube and Pluto TV. 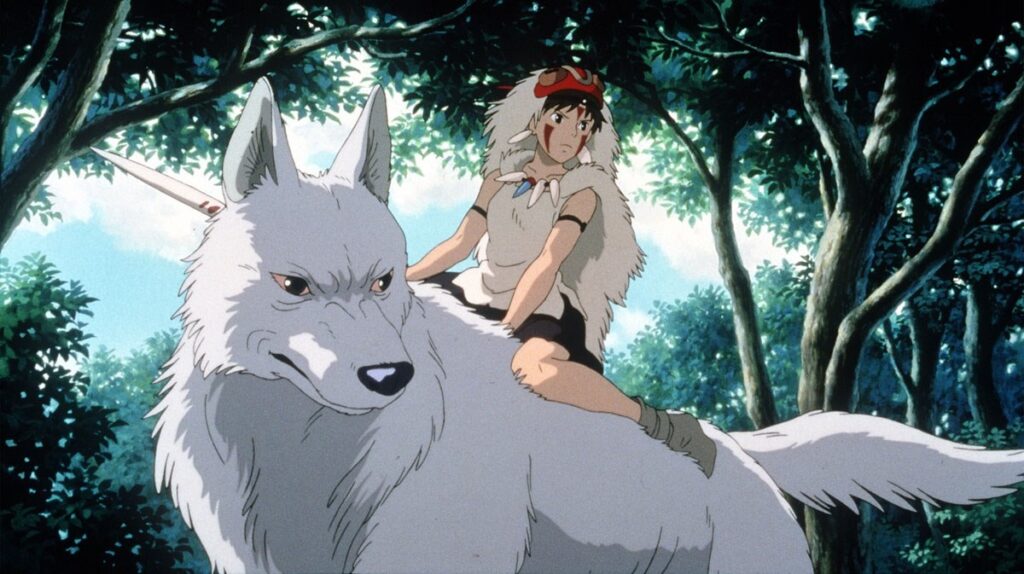 Princess Mononoke is known for its adult story and themes, and for being one of the darkest portrayals of Miyazaki’s moral code. It’s also one of only a few of his films to not center on a young girl.

Roger Ebert listed it as sixth on his top ten films of 1999 (the year it came out in the United States), and it also ranks on top fifty lists from Time Out and Total Film. And it was also the first animated feature film to win the Japan Academy Prize for Best Picture.

Princess Mononoke is available for streaming on HBO Max. 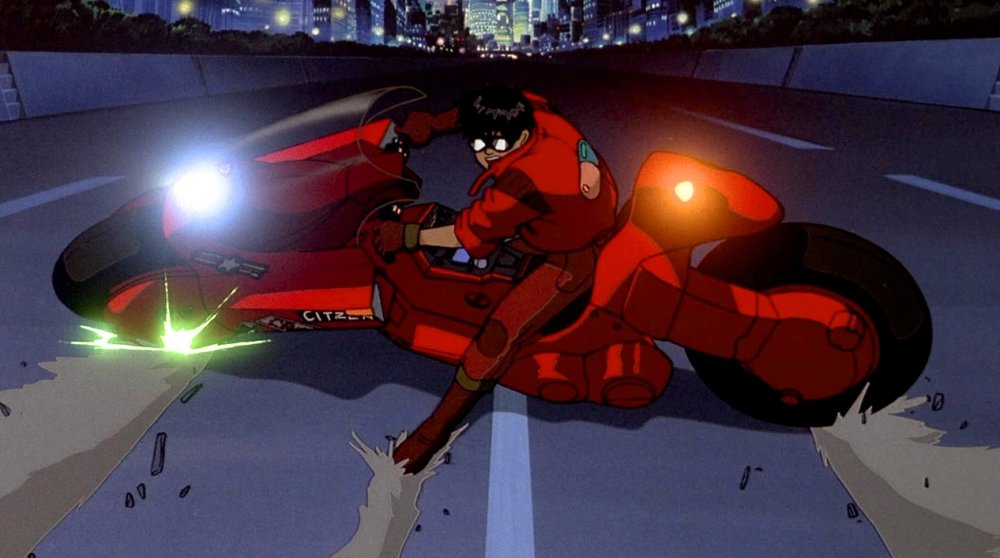 Released in 1988, Akira was directed by Katsuhiro Otomo, written by Otomo and Izo Hashimoto, and based on Otomo’s original manga. It is not only one of the best classic anime films, but is also widely considered being one of the greatest animated and sci-fi films of all time.

It’s impossible to list all the awards that Akira has won, ‘best of’ lists that it’s on, and directors it has influenced. Suffice it to say, the visuals of Akira have inspired some of the biggest filmmakers across the world. It is a landmark film for the anime medium, animation for adults, cyberpunk as a genre, and the entirety of science fiction.

Dan Persons of Cinefantastique listed Akira as one of its ’10 Essential Animations,’ saying only that it is ‘the film that changed everything.’

Akira is available for streaming on Hulu.

Honorable mention movies: Nausicaa of the Valley of the Wind, Perfect Blue, Kiki’s Delivery Service, Castle in the Sky, and Memories.

Exciting, lasting, and a little historical, these five classic anime series show some of the true influence on anime today! 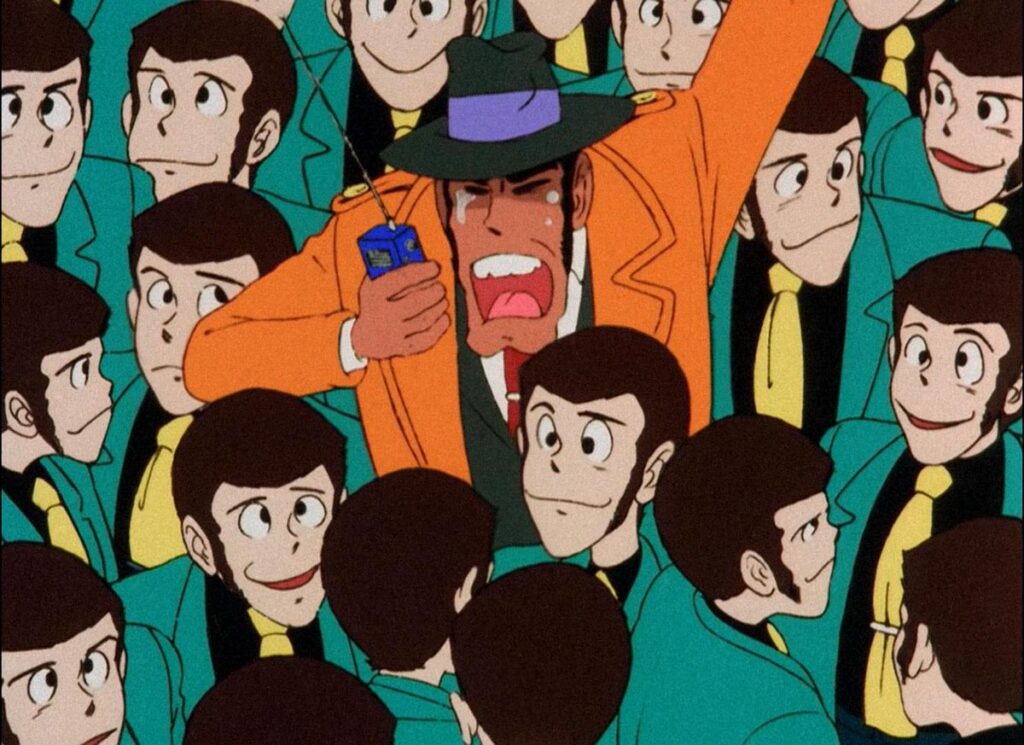 Lupin III as a franchise has had many iterations, but the first series, now known as Lupin the Third Part I, deserves a place in the list of classic anime TV shows! It aired from October 1971 through March 1972 and was so popular that it had a 9% viewing share in its original broadcast.

It’s known for being the first series to target adult audiences; before it, Japanese animated series were all family-friendly. Lupin III had mature and complex themes, characters, and storylines, and an emphasis on realism.

Not a surprise in the first half of this article, but maybe not expected here: part of Lupin III was directed by Hayao Miyazaki! He and Isao Takahata, as A Productions, directed the bulk of the series, although Masaaki Osumi started it off.

You can watch Lupin III on Amazon Prime and Crunchyroll. 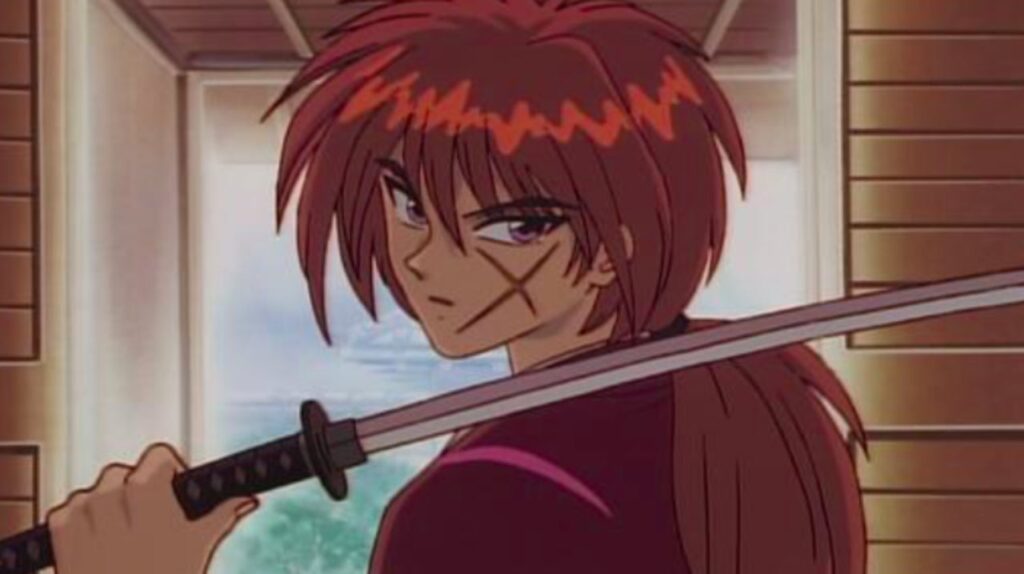 Surprisingly violent for a pacifist show, Rurouni Kenshin centers on themes of atonement, peace, and romance. That paradox aside, this thoughtful show has ranked among the most popular in Japan multiple times. It aired from January 1996 until September 1998 and has also been known as Samurai X in the United States.

A classic anime historical drama, Rurouni Kenshin is the most well-known series to be set in the Meiji period. That does mean samurai and fights that left the show unsuitable for children, but it’s also a beautiful introduction to a not-often-covered historical period in anime.

Not only did it score well in popularity polls and sales, but it was also critically acclaimed. It was even nominated in the ‘Long Series’ category after one of its DVD re-releases at the American Anime Awards, although it lost to Fullmetal Alchemist.

Now Rurouni Kenshin is available to watch on Hulu and Crunchyroll. 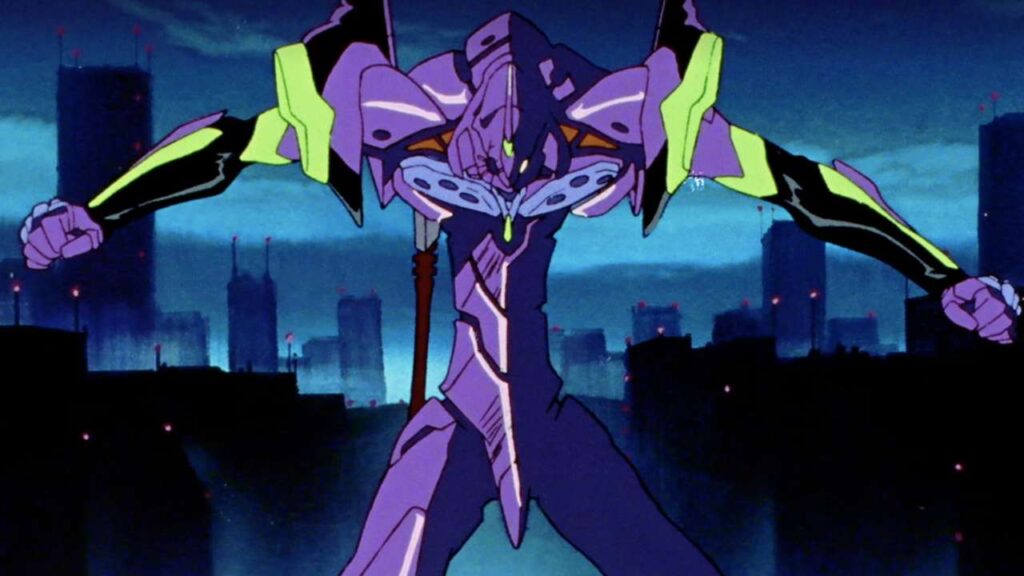 ‘Get in the f—ing robot, Shinji!‘ Even if you don’t know the show, you know the memes. But odds are high you also know the show. Neon Genesis Evangelion is one of the most famous anime in the world. And when it comes to the original TV show, it’s also one of the best.

The writer/director Hideaki Anno’s own struggle with depression and mental illness features as well, and the series is admired for the deeply personal place it comes from.

Finally, it has one of the most controversial TV show endings of all time.

Neon Genesis Evangelion is available for streaming on Netflix. 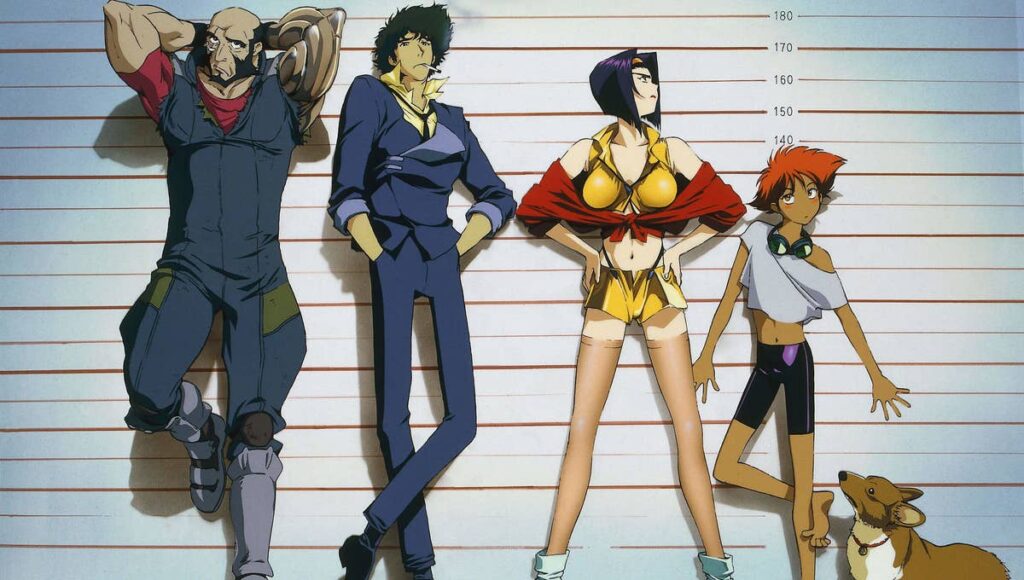 Arguably the most famous space-western in any medium of all time, Cowboy Bebop has been called a masterpiece, a gateway series to anime as a medium, and one of the greatest anime TV shows of all time. It’s won more awards than I could possibly list here. It is literally impossible to overstate how loved, admired, and influential this series is across the world.

Deeply influenced by Lupin III, Cowboy Bebop is known for being a genre-busting exploration of philosophy including existentialism, existential ennui, loneliness, and the inability to fully escape one’s past.

It’s also admired for its ability to freeplay with images and symbols. The visuals create a futuristic sci-fi world that is still familiar, and therefore, accessible.

You can stream Cowboy Bebop on Hulu. 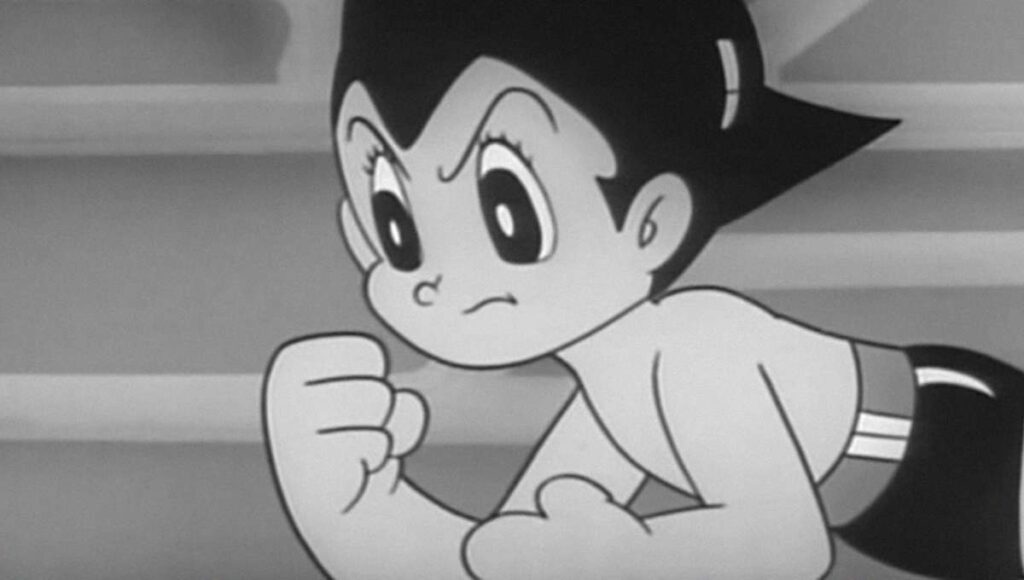 Astro Boy is the definition of historic. It’s the first popular TV show created in the aesthetic that would become known as anime. It was based on the 1952 manga by Osamu Tezuka, who was called ‘the God of Manga,’ and aired from 1963 through 1966.

The TV show was so popular that, at its height, 40% of people in Japan with television access were tuning in. That popularity led to it being the first Japanese animated program broadcast in the United States.

In addition to its lasting impact on the world of animation, Astro Boy is listed as another one of Cinefantastique’s ’10 Essential Animations.’ There they discuss its surprisingly dark themes and ability to use sci-fi to discuss war and intolerance.

Astro Boy currently isn’t available for streaming anywhere, but it’s worth keeping an eye out for DVDs, screenings at your local indie movie theater, or wherever else it might appear!

Obviously, there is a whole wide world out there of extraordinary classic anime. The twenty TV shows and movies listed here only just barely scratch the surface of what led to anime today. But we think this is a pretty good starting point! And hey, after watching these, it’s pretty likely you’ll want to dive in and watch a lot more, too.